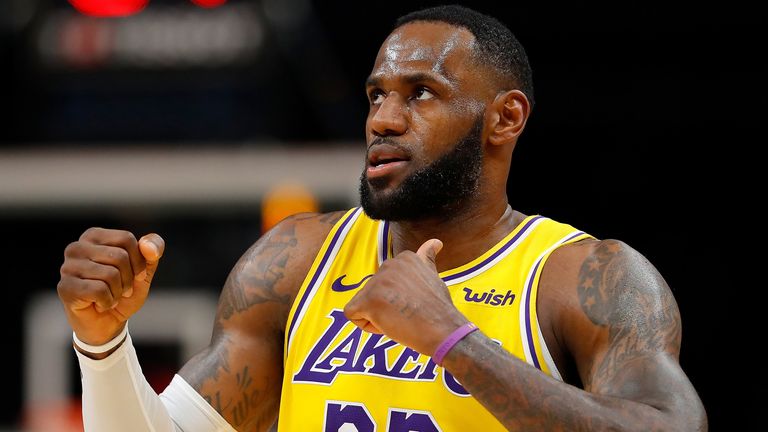 On December 11, James recorded his sixth triple-double of the season with 25 points, 11 rebounds and 10 assists against the Magic. He closed out a three-game road sweep by finishing with 32 points, a season-high-tying 13 rebounds, seven assists and three blocks against the Hawks.

James has now earned the first Western Conference Player of the Week award of his career, and he continues to own an NBA-record 62 career player of the week awards. It is his first weekly honour since March 26, 2018 as a member of the Cleveland Cavaliers.

Miami forward Adebayo was named Eastern Conference Player of the Week for the first time in his career, becoming the 16th Heat player to win the award.

Adebayo helped lead Miami to a 2-1 record for the week after recording two triple-doubles and a double-double, becoming just the fifth player in team history to record multiple triple-doubles as a member of the Heat.

He averaged 20.0 points, 11.3 rebounds, 8.7 assists, 1.33 steals and 1.00 blocks while shooting 61 percent from the field. He led the team in rebounds, assists and blocks twice and in plus/minus, minutes and steals once each. He has recorded a double-double in a career-high five-straight games.

Adebayo started the week with a 30-point, 11-rebound, 11-assist triple-double in a 135-121 overtime win versus Atlanta on December 10, becoming the youngest player (22 years, 145 days) in Heat franchise history to post a triple-double. He set career highs for points, assists, field goals made (13) and minutes (43:31) in the game. 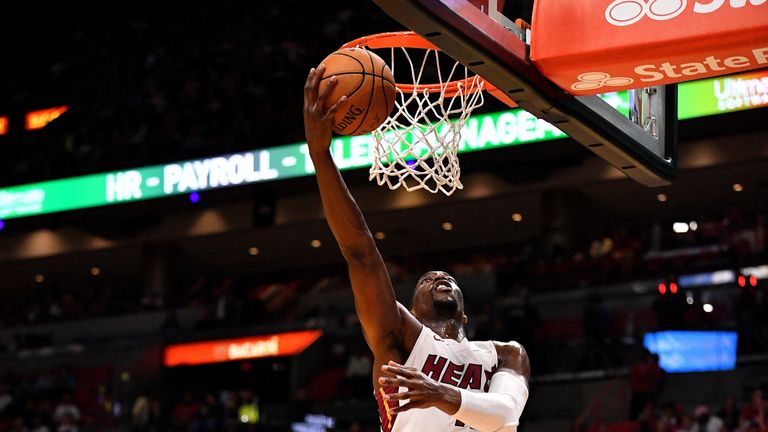 On December 13, he posted a 12-point, 12-rebound double-double while dishing out five assists and recording a block in a 113-110 loss to the Lakers.

Then, on the second night of a back-to-back set on December 14 at Dallas, he posted his second triple-double of the week, recording 18 points, a team-high 11 rebounds, a game-high 10 assists, a game-high two blocks, two steals and a game-high +15 plus/minus in a 122-118 overtime victory.