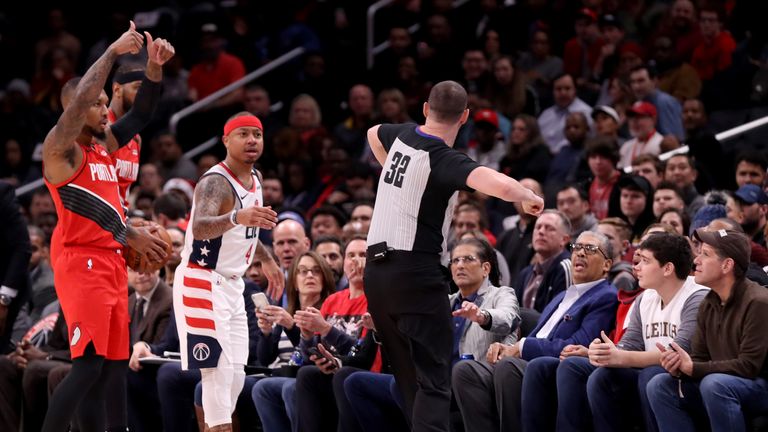 Washington point guard Isaiah Thomas was ejected less than 90 seconds into the Wizards' game against the Portland Trail Blazers on Friday night for making contact with an official.

Thomas was tied up along the sideline by Portland's Carmelo Anthony with 10:32 left in the first quarter. As he broke away from Anthony he made contact with referee Marat Kogut, who stumbled into the crowd.

The 30-year-old was given a technical foul and ejected. The call was reviewed and upheld. 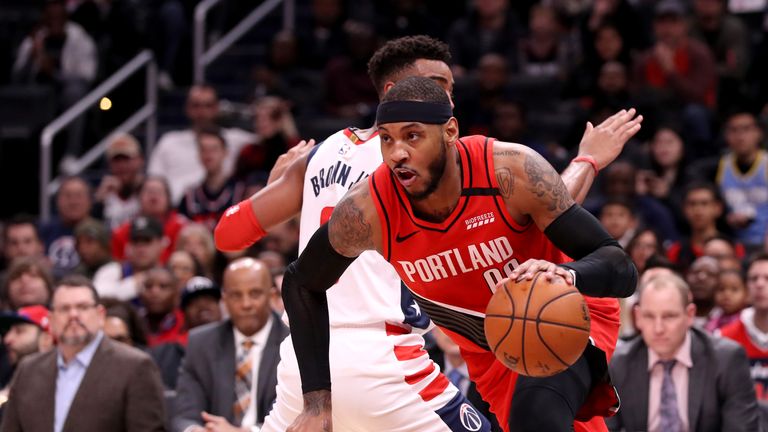 The latest controversy comes not too long after the two-time All-Star received a two-game suspension after walking into the stands to confront two fans following a timeout in Philadelphia on December 21.

"I mean I had a different view of it obviously," he said. "They were in a scrum and they were fighting for the ball, a jump ball. 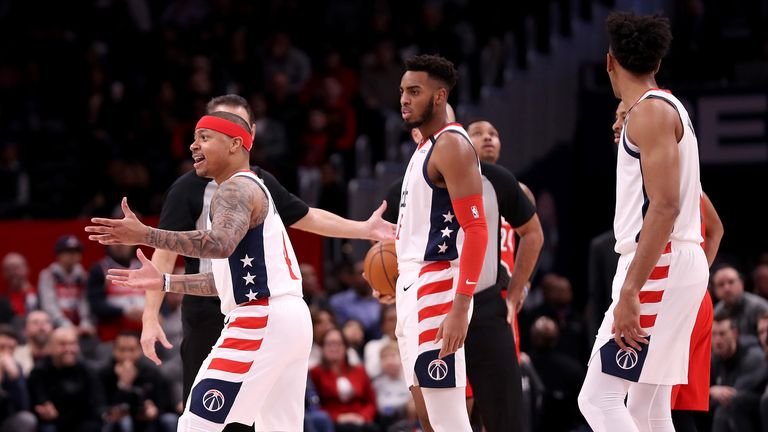 "I had a view that it looked like he lost his balance but [the referee] had a better view and then they looked at it. They looked at it so you would hope they made the right call.

"I mean it's unfortunate because we're down and we need bodies. It's tough."

Washington lost the game by a 19-point margin to drop to a 10-24 record in 13th place in the Eastern Conference.

Thomas had two points and one turnover before he was thrown out. He is averaging 13.5 points and 4.6 assists so far this season, his first with the Wizards