Williamson, the top pick in the draft, will also be on a minutes restriction once he is cleared to play in games. He initially won't play in back-to-back contests as well.

"It's not worth the gamble of just trying to make this thing something that it's not right now," Pelicans coach Alvin Gentry told reporters.

"We want to make sure that everything is in place and we'll take our time. Obviously he is not going to come out and be a 30-minute-a-game guy. It's going to be a slow process to get him to the minutes that everybody wants to see him."

The plan calls for Williamson to participate in more full practices before he is ready to go. That won't be an easy task with the team about to start a stretch of four games in six days, with the last three on the road.

Gentry also is concerned about the expectation level, particularly for a 19-year-old who will have missed roughly half the season.

"We got a glimpse of what we think he could be in the preseason, but obviously the regular season is much different," Gentry said. "He's going to be a really good player. It doesn't matter time-wise, but we know that that's going to happen. As coaches, as administrators, as fans, we just have to be a little bit patient. It's not anything that'll happen overnight." 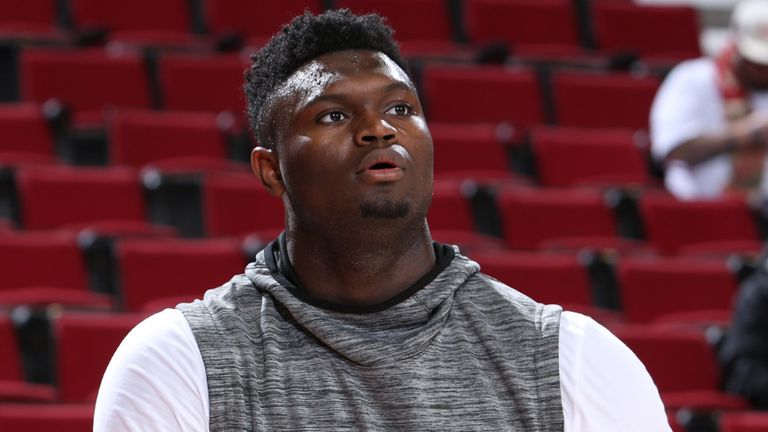 Zion Williamson will have a huge impact on the NBA and his return will elevate the performance of all his Pelicans' team-mates, says analyst Caron Butler

Williamson shot 71.4 per cent while averaging 23.3 points and 6.5 rebounds in four preseason games.

He reported knee soreness to the club and was diagnosed with a torn lateral meniscus. The initial timetable for his return was six to eight weeks.

New Orleans are 12-25 this season but has played well lately with six wins in the past nine games.