Kareem Abdul-Jabbar's iconic sky hook - how'd he do that?

Discover more about the life and career of Kareem Abdul-Jabbar with ‘Kareem: Minority of One’ available now On Demand on Sky Documentaries 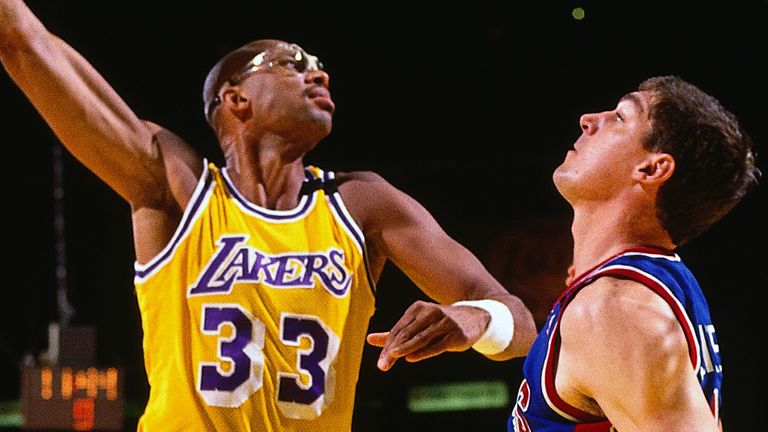 Skills coach Gary Maitland reveals the secrets behind the NBA's most iconic shots. Here he analyses the sky hook, the signature shot of the Los Angeles Lakers legend Kareem Abdul-Jabbar.

Over a 20-year career, Abdul-Jabbar won six NBA championships (one with the Milwaukee Bucks, five with the Los Angeles Lakers) and was named an All-Star 19 times (an NBA record). He won Finals MVPs 14 seasons apart (1971 and 1985) and was named on the All-NBA first team on 10 occasions. A member of the NBA 35th and 50th Anniversary All-Time teams, he retired from the game in 1989 as the owner of eight playoff records and seven All-Star records.

Listed at a towering 7ft 2in, Abdul-Jabbar brought agility and grace to the center position, a role traditionally associated with power moves and hulking size. His trademark shot, the sky hook, was the realisation of his unique skillset, a fluid, sweeping shot that became the NBA's most consistent and effective weapons.

Coach Maitland explains how Abdul-Jabbar used his body movement, intelligence and athleticism to make the sky hook a shot no player could duplicate and no defender could stop.

Kareem Abdul-Jabbar is one of the greatest NBA players of all time and his signature shot, the sky hook, one of the game's most iconic, unstoppable offensive weapons.

What are the specific details that made Abdul-Jabbar's sky hook so effective and how have modern players learned from it and how do they effectively use it in today's game?

First we need to look at the importance of establishing position. Kareem was so good at getting to his spot in the low post. His defender had to be behind him to protect the basket. 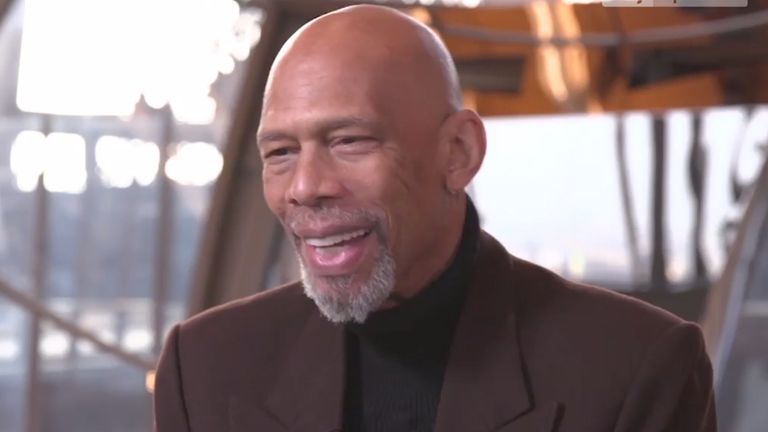 Defenders in the low post would be super-close to Kareem. They didn't want him to be able to turn, face up to the basket and make a move downhill. They wanted him to play with his back to the basket to make his life more difficult.

What Kareem figured out was he could create separation by taking one step and then turn his shoulders so that his inside shoulder protected the ball. That allowed him to shoot the ball away from the defender, create separation and score with his trademark hook shot. 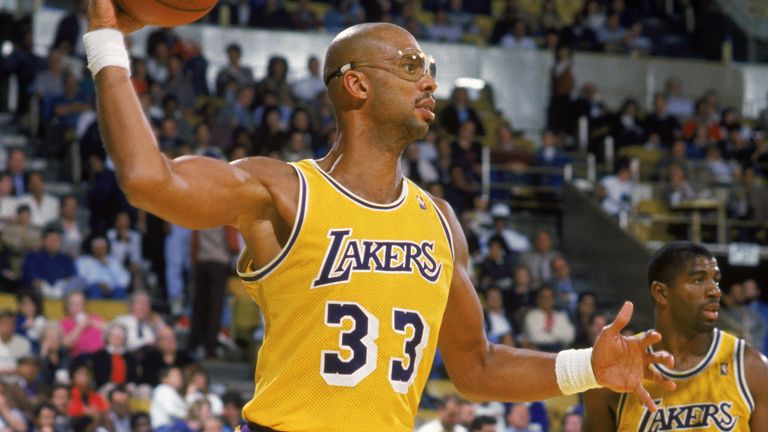 On June 2 1985 in Game 3 of the NBA Finals, Kareem Abdul-Jabbar surpassed Jerry West as the NBA's all-time leading playoff scorer

If using that one step wasn't enough, Kareem knew he could also use his athleticism and get even more separation vertically by rising up above the defender, maximising the separation he had already created with his frame and shoulders, to shoot the sky hook over the top of opponents.

In today's game, we see variations of the hook shot across the NBA which shows Kareem's sky hook has been adapted and is still an effective, often unstoppable, way to score.

Click the video at the top of the page to see Coach Maitland demonstrate Kareem's sky hook and watch modern-day stars including LeBron James, Joel Embiid, Tim Duncan and Pau Gasol succeed with their own variations of Abdul-Jabbar's trademark shot.

Discover more about the life and career of Kareem Abdul-Jabbar with 'Kareem: Minority of One' available now On Demand on Sky Documentaries