Marc Gasol capped a key third-quarter run with a three-pointer in his first game against his former team as the Toronto Raptors clinched the East's No 2 seed with a win over the Memphis Grizzlies. 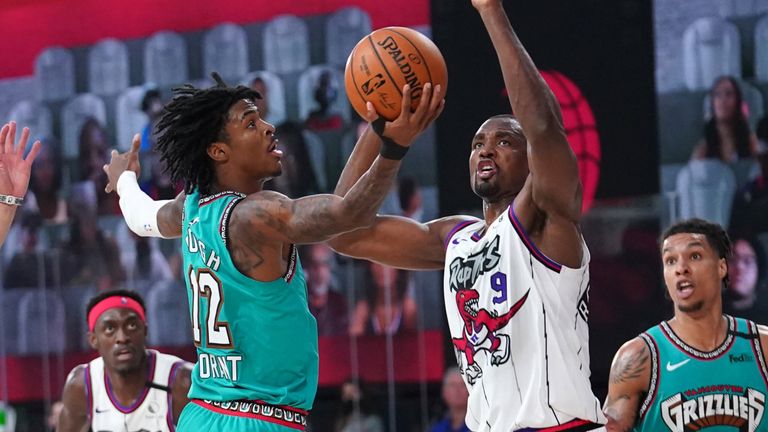 Marc Gasol capped a key third-quarter run with a three-pointer in his first game against his former team as the Toronto Raptors clinched the No 2 seed in the Eastern Conference with a 108-99 victory over the Memphis Grizzlies on Sunday.

Gasol was dealt from Memphis to Toronto last February and was a member of the Raptors' championship team in 2019. He contributed 10 points and six rebounds in 22 minutes to lift the Raptors to a sixth win in seven games since the restart.

The loss was a costly one for Memphis (33-38), who began the day in eighth place in the West but locked into a tight battle with Portland, Phoenix, San Antonio and New Orleans.

The Grizzlies led by as many as eight points early on, but Toronto (50-19) forged into the lead by half-time. The Raptors were up 62-57 before a 15-5 run mushroomed the advantage with 5:57 remaining in the third quarter.

Toronto went on to lead by as many as 17, but Memphis made a late comeback, getting within 95-92 on a jumper from Dillon Brooks with 3:33 to play. However, Raptors forward Pascal Siakam drained a pair of three-pointers down the stretch to hold on. 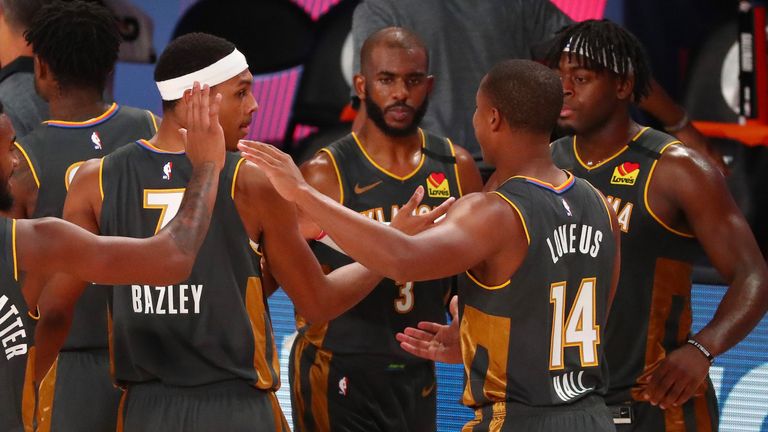 Darius Bazley scored a career-high 23 points to lead the Oklahoma City Thunder to a 121-103 win against the Washington Wizards.

For the second consecutive game, the Thunder jumped out to a big lead early. But unlike Friday's game against Memphis, where an 18-point first-quarter lead turned into a 29-point blowout loss, this time Oklahoma City were able to keep control to remain in the thick of the race for a top-four spot in the Western Conference.

The Thunder broke a tie with idle Utah for fifth place with the win.

Oklahoma City jumped ahead big early, scoring the game's first 10 points and leading by as many as 15 in the first, thanks to a hot start by Mike Muscala who drained a trio of first-quarter three3-pointers.

After Muscala got things going offensively, Bazley kept it rolling. He had 11 second-quarter points as the Thunder pulled away even more.

The Thunder (43-26) tied their season high with 18 three-pointers. The Wizards (24-46) remain winless in the NBA bubble, having dropped six consecutive games. Sunday's win was Oklahoma City's third during the restart. Each time, the Thunder have led wire-to-wire.