After eight seasons with the Charlotte Hornets, point guard Walker joined the Celtics in the summer of 2019 with the hope of contending for a championship. Alongside young stars Jayson Tatum and Jaylen Brown, he has helped lead Boston to within one game of their third Eastern Conference Finals appearance in the last four years.

However, after leading the series 2-0 and 3-2 only to be pegged back by the defending NBA champions, it is the Raptors who hold the momentum after prevailing in an epic Game 6 on Wednesday night, winning 125-122 in double overtime.

Speaking on Inside The NBA, analyst Charles Barkley called on Walker to 'accept the responsibility' of leading Boston to victory in the series-decider against Toronto. 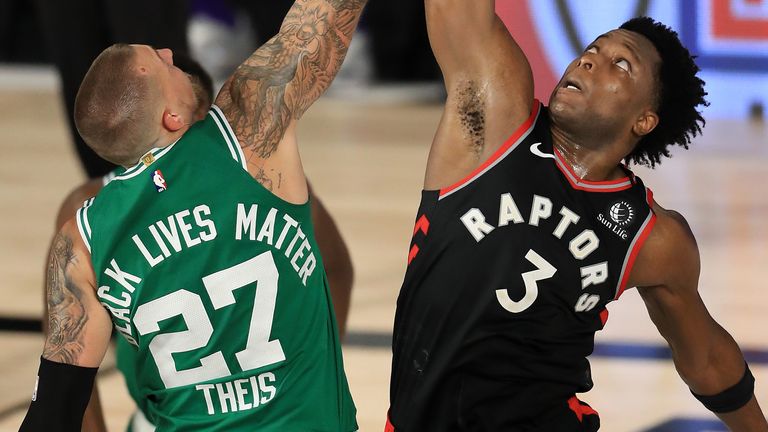 "To me, Kemba has a lot of pressure on him. He is the veteran guy. He is going to have to accept the responsibility, control the pace of the game, score when he has to and keep the other guys involved.

"This is a [defining] moment in Kemba Walker's career. In Charlotte, he made the All-Star team four times but they would always lose or not make the playoffs. Now he is the veteran in Boston's locker room along with two young studs [Brown and Tatum] and Marcus Smart.

"He has got to say, 'This is my time. This is my chance. I am taking us to the Conference Finals. They bought me here to get you there'." "When you have a 'Big Three', all three guys have to play well. [Shooting] 2-for-11 is not going to cut it," he said. "This is why [Walker] came to Boston. No pouting, no complaining, no 'you've got to get me into the game'. Get yourself into the game.

"Kemba is one of the greatest penetrators in the game. Get in, either score or look to pass to somebody else. He hasn't really played superstar-like basketball. If he can do that in Game 7, along with Tatum and Brown, [the Celtics] will play well."

The Raptors are still alive and kicking in this series thanks to the Game 6 heroics of Norman Powell and Kyle Lowry.

Lowry was superb in Game 6, scoring 33 points in 53 minutes while Powell scored 10 of his 23 points in the decisive second overtime period. His three-point play with 38.8 seconds left gave the Raptors a four-point lead, and his free throws with 5.0 ticks remaining helped Toronto hold on.

"He saved us. He saved our season," Raptors shooting guard Fred VanVleet said. 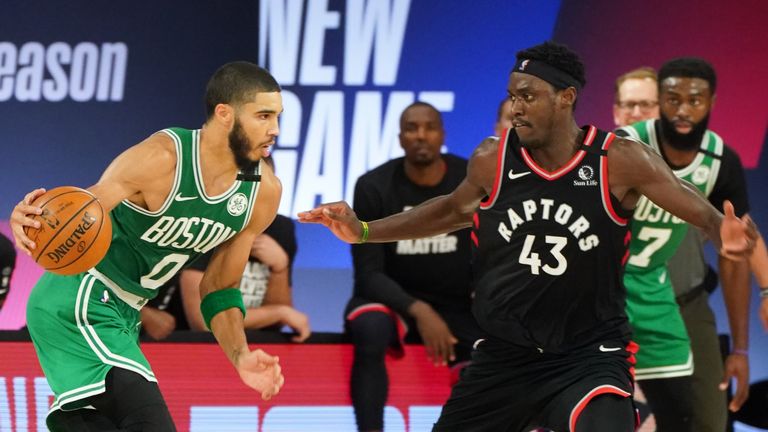 Inside The NBA analyst Kenny Smith said Powell also made a vital contribution on the defensive side of the ball in Game 6.

"Before Game 6 I said the Raptors would have to add size to their perimeter. Norman Powell isn't 6ft 6in or 6ft 7in but he has the girth to guard the perimeter. I thought that was the difference. They needed someone like that to come in to give them that size. He was great. "Kyle Lowry was terrific in terms of leadership, understanding every moment and every play. Every time Toronto had an opportunity to get the shot they wanted, he was like, 'I'm going to get this shot' or 'We are going to do this'. As a former point guard, I was enamoured watching [Lowry in Game 6]. That is how you control a team."

Will the Celtics carry scars from their Game 6 loss into Game 7? There is going to be some bad blood. The loss will stay in the back of their heads. A game that goes down to the last shot is tough but a game that goes to two overtimes can be incredibly mentally straining. It's one more game for both teams. They have one game in front of them. That's how both teams will treat it. It's one quarter, one play, one possession at a time. Both teams will be ready. It is the team that can overcome the physical fatigue and remain mentally strong that is going to win Game 7.