"Smart just makes those plays that don't really show up in the stat book but can change a series, change the dynamic of the game" A back-pedalling Marcus Smart produced a stunning block at the rim with less than a minute to play in the fourth quarter as the Boston Celtics beat the Toronto Raptors in Game 7 to progress to the Eastern Conference Finals.

Smart swivelled and took off just in time to perfectly anticipate Norman Powell's effort, denying what would have been a game-tying layup in the Celtics' 92-87 win.

Daniel Theis also produced an expert block on Fred VanVleet during the third quarter as he and Smart played integral roles in patrolling Boston's end of the court. 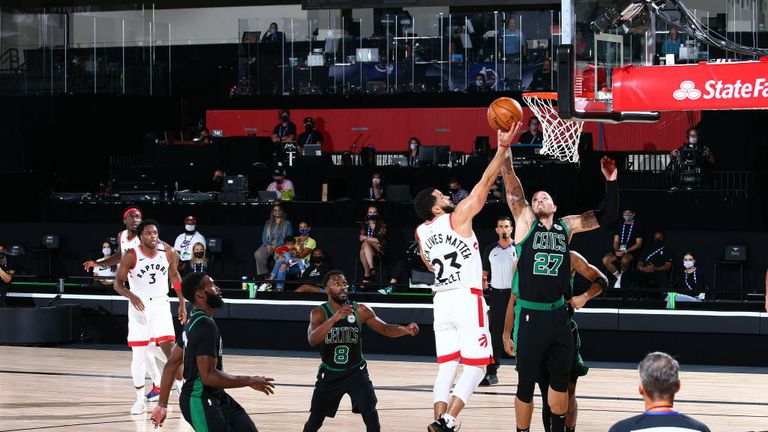 "I saw the other day Shaq didn't even know my man Theis' name," joked Jayson Tatum while speaking on Inside The NBA post-game.

"Theis has been unbelievable. Smart is first-team All-Defense, the best defender in the league in my opinion.

"He made the play of the series getting that block on Powell, Smart just makes those plays that don't really show up in the stat book but can change a series, change the dynamic of the game and if you're going to war in Game 7, that's who you want on your team."

Tatum was the star at the opposite end as he put up 29 points, 12 rebounds and seven assists to become the second youngest player in NBA postseason history behind Kobe Bryant to have a 25-point, 10-rebound and five-assist Game 7.

It also marked Tatum's 20th career 20-point playoff game, putting him joint-fourth alongside Kevin Durrant for most in NBA history before turning 23. 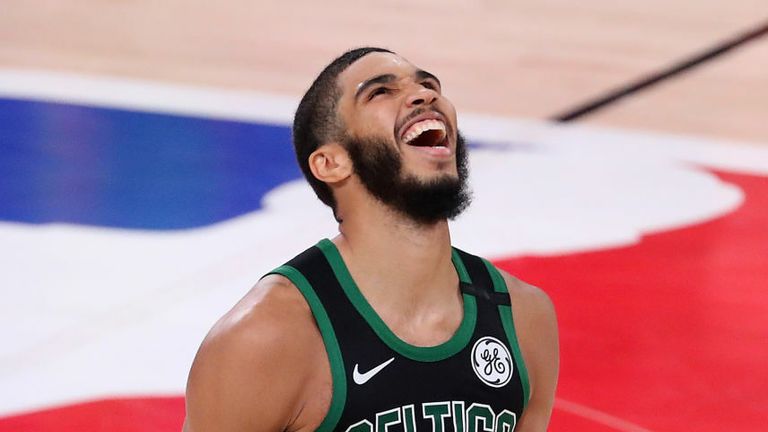 "That's great company to be in," he added. "Everybody knows how much he (Bryant) meant to myself, how much he meant to this world and the game of basketball.

"Anytime you're mentioned with somebody like that means you're doing something good, but for me I just try to get better every game, try to improve."

The Celtics were made to work hard for their third visit to the Eastern Conference Finals in four seasons, with the Raptors coming back from 2-0 down and later edging a thrilling Game 6 125-122 in overtime to force Game 7.

"This is my third Game 7 I've been in," explained Tatum.

"For me, I really couldn't sleep last night. I was just ready to go, because you know it's win or go home. I wasn't ready to pack my clothes up yet.

"We had to come in with the mentality that it was us or them. I think that what we had tonight. Everybody contributed and it was a big win." 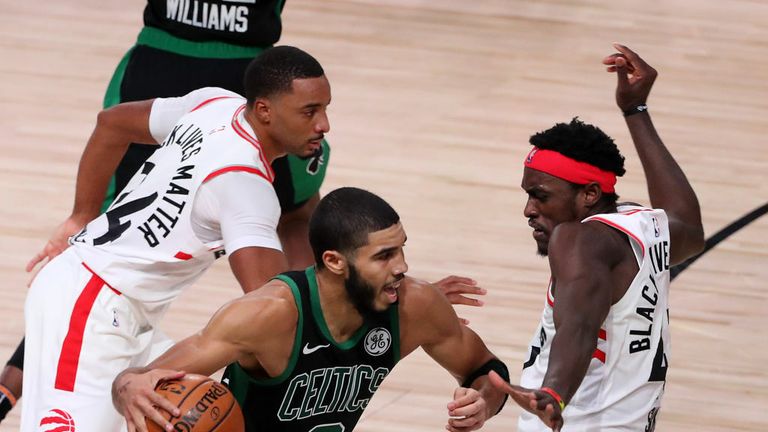 Highlights of Game 7 between the Celtics and the Raptors

For Tatum, a gruelling contest against last season's champions represented perfect preparation for a meeting with arguably this year's surprise package, the Miami Heat.

The Heat enter the matchup on the back of eliminating reigning MVP Giannis Antetokounmpo and the Milwaukee Bucks 4-1.

While Jimmy Butler has led the way, a key component to the Heat's form has been their depth. Seven players hit double-figures in points in one game, six players in two games and five players in one game as they dismantled the top seed Bucks.

"They're bigger than us for the most part and they're a great team," said Tatum. "Well coached and they've got some great players.

"I think Toronto was a great test for us because they compete as hard as anybody and make you bring it every night so going toe-to-toe with them I think really helped us going forward next round. Because we're here to compete for a Championship."