WNBA playoffs: Will we see upsets? Will anyone beat Seattle? Who are the dark horses?

Will we see upsets? Will anyone beat Seattle? Who are the dark horses? Huw Hopkins considers the biggest WNBA playoff questions.

Which team are still fighting for the WNBA championship?

Will we see upsets?

Upsets are not the same in the WNBA as other leagues who operate standard playoff format. The NBA sees the No 8 seed compete against the No 1 seed in the opening round, but in the WNBA the top four teams get a bye, which automatically gets them through to the second round. Of those top four, the first and second seeds get a 'double bye', which puts them through to the semi-finals.

The first two rounds are single-elimination. This means any team on their day can put momentum together to get two wins and advance to the best-of-five semi-final series. 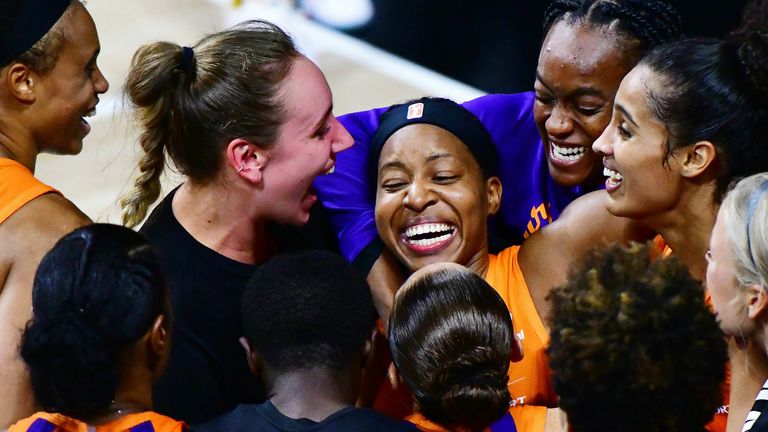 Defending champions the Washington Mystics succumbed to the Phoenix Mercury - courtesy of Shay Peddy's buzzer-beating three-pointer - in their first round elimination game but No 7 seeds the Connecticut Sun ousted the sixth seeded Chicago Sky to set up a Round Two clash with the Los Angeles Sparks. The Mercury now face fourth seeds the Minnesota Lynx aiming to continue their strong late season run happening despite the absence of their 6ft 9in center Brittney Griner, who left the 'Wubble' for personal reasons.

Without Griner, the Mercury have relied more on new sources of offense. Bria Hartley made critics eat their words over her healthy new contract and became the league's darling for the Most Improved Player award. However, her personal health suffered as she tore an Achilles and was ruled out for the season. Yet the Mercury kept rising and won nine of their last 11.

Phoenix’s opponent FG pct since Brittney Griner last played (last 10 games without Griner) is 40.3%. That mark is the best in the WNBA during that span.

As the #1 shot blocker (tied) in the league anchoring this effort my Defensive POY vote will go to Brianna Turner.

On defense, they miss Griner's height, but Brianna Turner has brought activity. Since she started handling the bulk of the minutes without Griner, the Mercury have had some of the best defense in the league, according to LaChina Robinson.

Will anyone beat the Seattle Storm?

Unlike Seattle's championship run in 2018, this year's squad looks a bit more fallible.

They opened this season with a historic run but the rest of the league caught up and after being beaten twice by the Las Vegas Aces, they surrendered the top seed. A Finals clash between the two seems like destiny. If that comes to pass, we will see the top two MVP candidates go at it. The Storm's Breanna Stewart and A'ja Wilson of the Aces have lifted their teams to leading records, and they will be relied upon to lift the trophy.

Both teams have suffered setbacks. Las Vegas began the season without point guard Kelsey Plum or center Liz Cambage. While Seattle have had better health luck than last season, Stewart has been in and out of the line-up, as has Sue Bird. 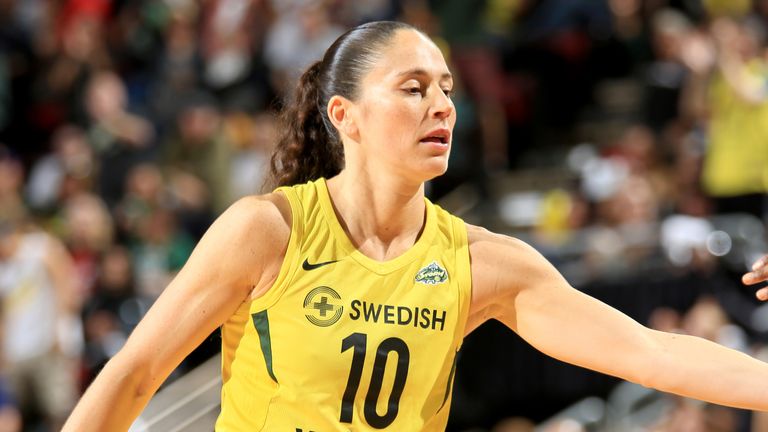 Bird does not do as much as she used to on the court, but she is able to outsmart anyone and knows how to control the flow of the game better than most people on the planet. The Aces have Angel McCoughtry, who has been excellent this year despite averaging just 20 minutes coming off a devastating knee injury two seasons ago.

If each team is able to play their offensive game, you have to like the Storm's chances. Las Vegas are the highest scoring team in the league, but they used nearly 60 two-point field goals more than any other team. Meanwhile, Seattle attempted the seventh most threes in the league, but they hit more than any other team, aside from the Dallas Wings.

Trading twos for threes should weigh the scoring in the Storm's favour, especially when they lead the league in defensive rating. The Aces are no slouch on that end, boasting the second-best defensive rating, but Seattle averaged just 95.9 points per 100 possessions compared to their opponents 99.

Who are the dark horses?

The favourites have to be the Seattle Storm, the Las Vegas Aces and the LA Sparks. It's tough to imagine one of the outside teams having enough to knock them off.

The Phoenix Mercury have a new, free-flowing system since Griner left and they are looking more in sync than any team entering the playoffs. And you do not want to count out Diana Taurasi in any postseason situation.

However, putting everything on the line for two games straight could leave them tired entering a best of five series against a top-seeded buzzsaw like the Storm, Aces or Sparks.

The other team that could surprise a few is the Minnesota Lynx. They have secured a top-four seed off the back of incredible play by second-year forward Napheesa Collier and Rookie of the Year candidate Crystal Dangerfield at the point guard position.

Cheryl Reeve's expert coaching means this team will not back down from a fight and will make the necessary adjustments in a playoff series.

They could also have a big x-factor returning to the court in Sylvia Fowles. She has been injured for a few weeks and the Lynx have maintained a great record despite missing the best center in the game. If she returns, their opponents scouting will not be prepared and we could see Reeve lead her team to a championship for the fifth time in a decade.