Live coverage of the NBA on Sky Sports continues over the weekend with Atlanta @ Memphis from 10pm on Saturday and Dallas @ LA Clippers from 8.30pm on Sunday 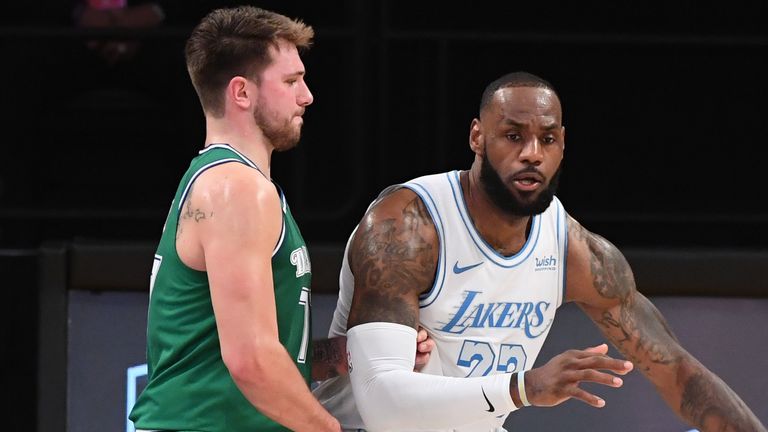 Anthony Davis had 28 points and eight rebounds as the host Los Angeles Lakers coasted to a 138-115 victory over the Dallas Mavericks on Christmas Day.

Dennis Schroder scored 18 points on 7-of-11 shooting and contributed six assists, and Kyle Kuzma had 13 points and six rebounds for Los Angeles.

The Lakers seized command in the third quarter. They went up 80-63 on a James 3-pointer less than three minutes into the quarter. Los Angeles owned a 99-85 lead heading into the fourth quarter.

Dallas sliced the gap to 106-97 after a 3-pointer by Richardson with 7:59 remaining but got no closer as Los Angeles pulled away.

A 3-pointer by Davis gave the Lakers a 54-41 advantage, their biggest lead in the first half, with 5:25 left in the second quarter. But the Mavericks rallied, using a 9-1 surge to cut the deficit to 55-50 almost two minutes later. 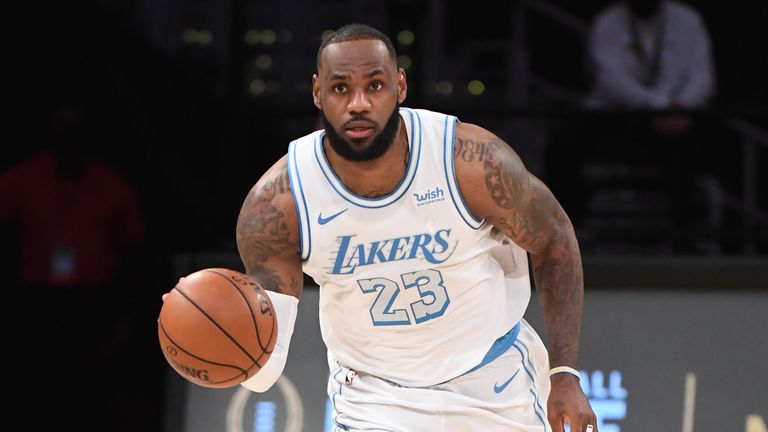 LeBron James says he is starting to get his wind back

The Lakers pushed the margin to 69-57 on a 3-pointer by Kuzma to end the first half.

Los Angeles outshot Dallas 56 percent to 49.4 percent for the game and outrebounded the Mavericks 53-27. The Lakers prevailed despite committing 16 turnovers to only nine for the Mavericks.