Bogdan Bogdanovic was injured in the second quarter while dribbling up court and trying to avoid an attempted steal from LaMelo Ball; the Atlanta Hawks guard clipped his right heel and fell on his right knee

Atlanta Hawks guard Bogdan Bogdanovic suffered an avulsion fracture in his right knee with associated soft tissue inflammation and a bone bruise in Saturday night's game at the Charlotte Hornets.

The Hawks announced the diagnosis Sunday after Bogdanovic underwent an MRI exam. The treatment plan was being reviewed and will be updated later this week, the team said.

Bogdanovic was injured in the second quarter while dribbling up court and trying to avoid an attempted steal from LaMelo Ball. Bogdanovic clipped his right heel and fell on his right knee.

Bogdanovic, a 28-year-old from Serbia, is averaging 9.9 points in his first season in Atlanta, starting two of nine games.

He signed with the Hawks in the offseason when his former team, the Sacramento Kings, declined to match Atlanta's offer sheet -- a four-year deal worth $72m. 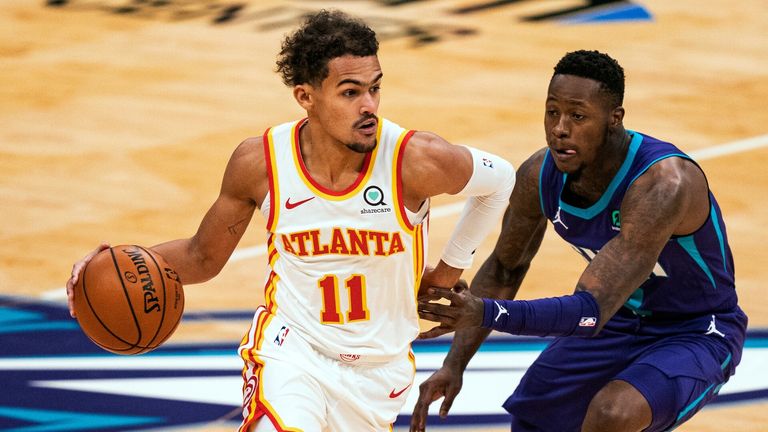 He averaged 13.5 points and shot 37.4 per cent from three-point range in his three seasons with Sacramento.