James Harden totalled 34 points, 10 assists and 10 rebounds as the Brooklyn Nets pulled away in the fourth quarter and closed out their Eastern Conference first-round series with a 123-109 victory over the Boston Celtics in New York.

The second-seeded Nets won the series four games to one and advanced to the Conference Semifinals for the first time since 2014. Brooklyn will face the third-seeded Milwaukee Bucks in the second round. 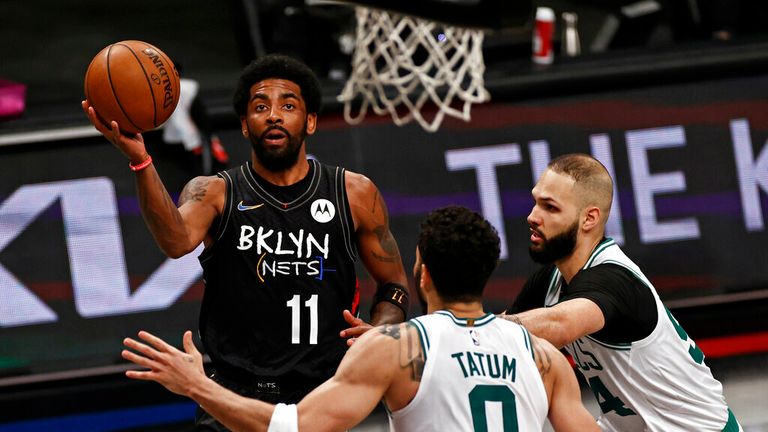 Highlights of the fifth game in the Eastern Conference first-round playoff series between the Boston Celtics and the Brooklyn Nets.

Harden made 10 of 17 shots and posted his fourth career postseason triple-double and 11th by a Net. The other 10 were achieved by Hall of Famer Jason Kidd. 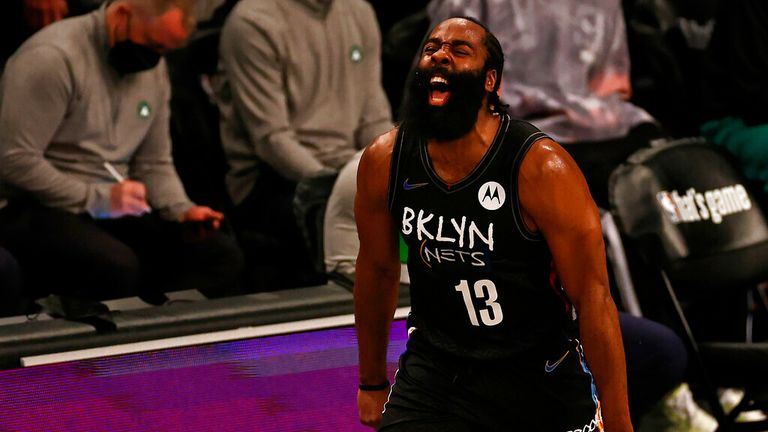 Evan Fournier added 18 points and Romeo Langford added 17 for the Celtics, who took each of their four losses in the series by double digits. Marcus Smart chipped in 14 but was 5 of 17 and missed nine of 10 3-point attempts.

Brooklyn's final win of the series was not a dominant effort but more of a methodical showing until it put the game away in the fourth quarter.

The Nets led for the final 38:41 but never led by more than 14 through the third quarter, allowing the Celtics to remain within striking distance most of the night. Brooklyn's lead was down to 86-79 entering the fourth when Tatum hit a long 2-point jumper at the buzzer, but the Nets gradually put the game away midway through the fourth. 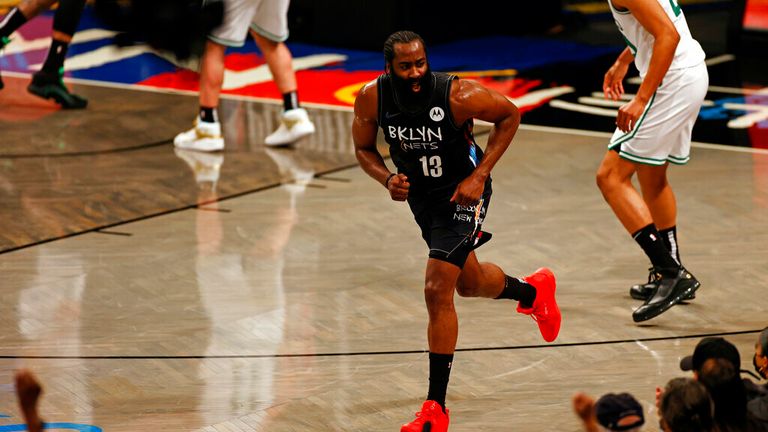 Check out this one-handed jam from the Brooklyn Nets' James Harden.

After Fournier's 3-point play made it 97-89 with 7:56 left, the Nets took a 103-89 lead after Durant and Irving hit 3-pointers on consecutive possessions in a span of 16 seconds. Brooklyn then took its first 15-point lead when Harden's 3-pointer made it 106-91 with just under seven minutes left.