Our coverage continues on Saturday night with a double-header. Join us live from 10pm on Sky Sports Arena and Sky Sports as the Washington Wizards host the Boston Celtics, then the Miami Heat head to Memphis to face the Grizzlies.

Fresh from a tantalising rematch of last season's Play-In Tournament classic between the Memphis Grizzlies and Golden State Warriors, we now look forward to primetime contests featuring Jayson Tatum and Luka Doncic as a fascinating weekend of action lies ahead on Sky Sports. Jayson Tatum scores 41 points, eight assists and nine rebounds for the Boston Celtics, to halt the Charlotte Hornets' winning start to the season

Now we get far more gentle with the timings as the Boston Celtics take on the Washington Wizards on Saturday evening, so you really have no excuse.

Jayson Tatum scored 41 points against the Charlotte Hornets on Monday night and could be a dark horse MVP candidate this season, while Jaylen Brown, his two-way wing sidekick, obliterated Miles Bridges (usually doing the obliterating) with a dunk that should come with some kind of content warning.

Anyway, here it is. The Celtics have already had two overtime thrillers this season so keep your fingers crossed for another this weekend. If Bradley Beal turns up, the Wizards could push them all the way.

After that, we have got Ja Morant and his upstart Memphis team again (thank you, schedule gods) hosting the impressive Miami Heat. 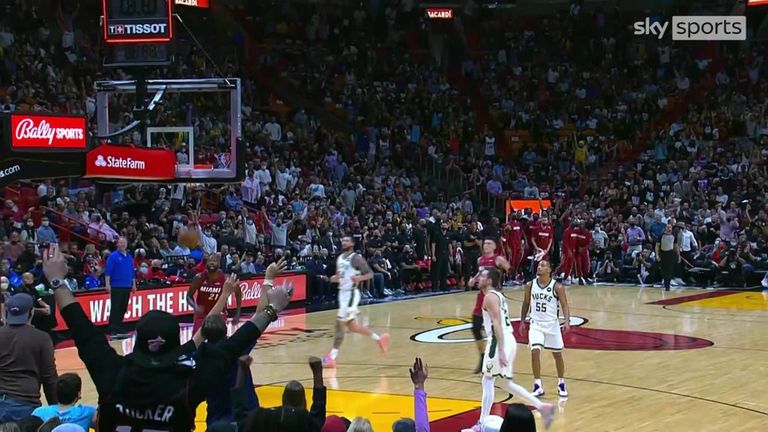 The Heat decimated the reigning champion Milwaukee Bucks by 42 points in their opening game - a new franchise record - and beat the Brooklyn Nets on Thursday night. They also have one of the more interesting rosters in the league, thanks to the additions of Kyle Lowry and P.J. Tucker.

Tyler Herro, too, looks to be having the breakout season we all envisaged after his blistering form during the 2020 playoffs and Jimmy Butler and Bam Adebayo are two of the best do-it-all stars in the league.

Here's that man Butler getting buckets against the Orlando Magic to get you suitably in the mood. Sky Sports Mix from 1am

And to wrap things up, we have Luka Magic on a Sunday evening.

If that wasn't enough, it's also free to stream on the Sky Sports YouTube channel. Can't ask for much more than that, can you?

While watching Luka Doncic play basketball is always a joy, it will be made even more interesting by the fact that he will likely spend some of his Sunday evening up against Davion Mitchell, the rookie Sacramento Kings guard nicknamed 'Off Night' - such is the effect of his defense on opposing players.

He has already held Damian Lillard, Donovan Mitchell and Steph Curry (no, really) to poor shooting performances in his first three games in the NBA and now he gets to take a crack at Doncic, the be-all and end-all of the Mavericks offense.

Will the Slovenian's sheer size advantage prove too much for the 2021 draft's ninth overall pick? It will be fascinating to find out.

You can read more about Mitchell and his deserved reputation as a stopper in this week's Starting Five column here, along with segments on four other players. 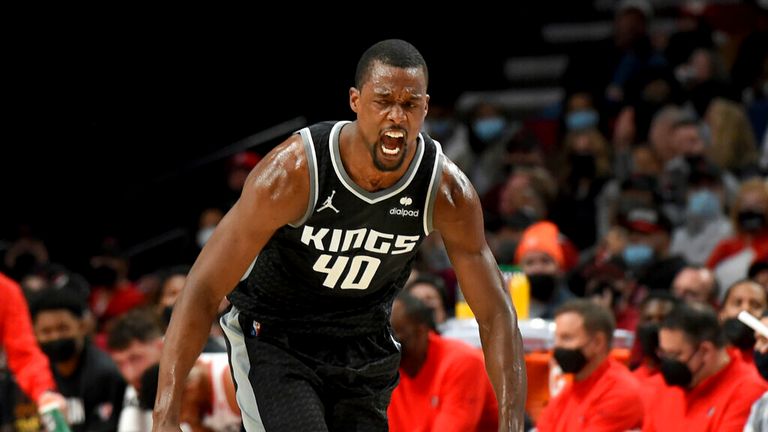 And finally, remember Harrison Barnes, once an integral part of the Warriors' championship-winning 'Death Lineup' in 2015? He's averaging 28 points and 10 rebounds for the Kings at the time of writing and even dropped a new career-high. He followed that up with a buzzer-beater from beyond the arc to beat the Phoenix Suns. The question is, can he keep it up to put Sacramento into playoff contention? Only time will tell.