De'Aaron Fox scores 31 points, 15 assists and 10 rebounds in the Sacramento Kings' victory over the Atlanta Hawks

De'Aaron Fox posted a triple-double as the Sacramento Kings thrashed the Atlanta Hawks on Thursday night.

The point guard produced 31 points, 10 rebounds and 15 assists as the Kings rolled to a 146-115 win over the hapless Hawks to improve their record to 6-3.

Fox showcased his lightning pace and court vision with sharp drives to the basket and excellent distribution, a third-quarter alley-oop pass to team-mate Buddy Hield.

He was no slouch from beyond the arc too, making three of his four three-point attempts. 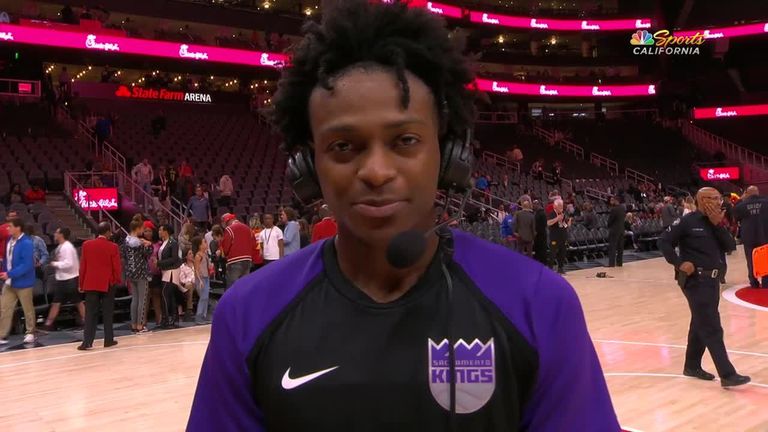 Speaking after the game, Fox felt he had exploited having the 'hot hand' in the third quarter but, despite his offensive explosion, revealed improving his defense is his priority this season.

"The game has slowed down immensely [for me]," he said. "I want to make the all-defensive team this year and I want to lead the league in steals. I know there are a lot of great defenders in the league but I feel that's something I can do."

Click the video at the top of the page to watch the best moments from Fox's triple-double.