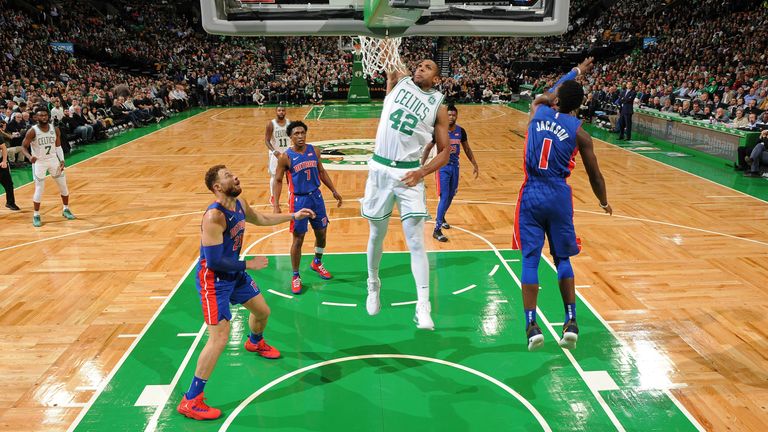 Watch the top 10 plays from Tuesday night in the NBA

Westbrook paced his team with 32 points, eight assists and three steals as the Thunder ran out 128-110 winners.

Westbrook's highlight play came with 8:13 remaining in the fourth quarter as he dribbled on the right-hand sideline before driving to the baseline where a flick of his wrist produced the perfect no-look bounce pass for team-mate Steven Adams who gathered the ball and slammed it home with an easy dunk.

Not content with that play, Westbrook would take to the skies four minutes later, soaring down the lane to round off a Thunder fast-break with an alley-oop dunk from Terrance Ferguson's pass.

Click on the video at the top of the page to see both of Westbrook's highlights, plus eight more top plays from Tuesday night's NBA action