George Fisher on 'dream move' to New Zealand for 2021 season

"I'm living my dream, this is something that I've wanted to do since I was a kid and to be able to actually do it, is amazing"

George Fisher talks us through her "dream move" to New Zealand in her latest Sky Sports netball diary.

So, I'm guessing by now you might have seen the news about my move to New Zealand to join the Southern Steel for the 2021 season.

When I saw the announcement was out there for everyone to see, it felt even more real and so many people said such positive things about it… thank you. It feels crazy and incredible at the same time and especially the messages from New Zealand, I didn't even think that they knew who I was over there!

Before, I talk about the move I'd really like to thank everyone in the Vitality Netball Superleague and England for their love and support.

There have been so many people who have been there and helped me along my way so far, I'm feeling very grateful to everyone. The fans have all been so positive and I can't thank everyone enough. I'm living my dream, this is something that I've wanted to do since I was a kid and to be able to actually do it, is amazing.

This move is so, so exciting because going to New Zealand to play netball is something that I've always wanted to do. Ever since I was young and I first saw their style of play, it's always really interested me, and I've been attracted towards it. Now, I get the chance to learn so much more about it and test myself there… it's really exciting.

In my last blog I shared that I've just finished university and got my degree. After so long in education I've now got the chance to head over and experience a different country... and I get to continue to develop my netball while I'm at it. What a dream!

When I was making my decision, I chatted to a lot of the girls who are playing in different leagues or who have gone to New Zealand before, and they were so complimentary about the country and the people. Everyone told me just how friendly they are, how they look after you and always have your back. Netball wise, we all know how good they are!! 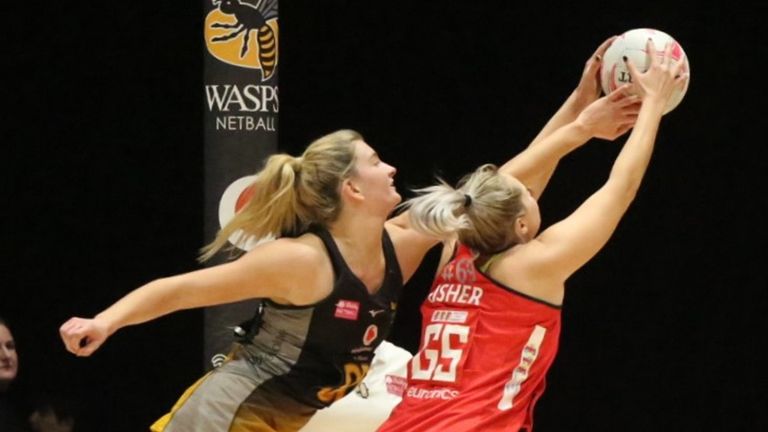 The Vitality Netball Superleague is an amazing league, it's super competitive and it's only getting better and better. I just think that the different leagues around the world offer something unique to experience and I can't wait to do that.

Right now, I've no idea how long I might be away from England and the Vitality Netball Superleague for… it's the first time that I've not known what's going to happen and having that bit of unknown is also exciting and new.

Of course, I'll miss my family here but I'm going to be in England for a little while yet. I'll be heading over at the end of January/early February, so we'll get to spend Christmas together which is always special. They're so supportive of me and I know that they'll be up early to watch my matches. They've still got their Saracens Mavericks season tickets for the coming year too; they just love the game.

If things start to improve around the world, and fingers crossed for everyone they do, then I'd love them to come over and watch. I wonder if the New Zealand fans and clubs are ready for my dad's hats though!?

I already know that if he can't buy a hat, he'll make one and be the crazy man that he always is! Love you dad. Did I mention that he gate-crashed a few of the Zoom calls in the build-up to the move?!

At the moment, I'm back in with England and it's awesome to be able to be training again. We're really training hard and going for it as a group, which is something we've all missed loads.

I feel so lucky to be able to do that and be with the girls although I did find out that it doesn't matter how much you do in lockdown, when you come back to real netball it's completely different!

I think that's all from me for now... thank you all so much again for your kind words. This is so exciting, and I can't wait to enjoy this adventure and one that I've been looking at since I was a kid.