The head coach will leave the franchise at the conclusion of the 2021 Vitality Netball Superleague season; she will return to New Zealand to join Good Oil Tactix as their new development coach and Dragons have already started their search for a new head coach

Tania Hoffman will be leaving Celtic Dragons at the end of the 2021 Vitality Netball Superleague season to pursue a new role with the Good Oil Tactix netball franchise in New Zealand.

Hoffman, who has led the franchise for the last three years, will be returning home to become Tactix's new development coach.

Within her new role she will be leading the development of the New Zealand franchise's future talent and its development team in the Netball New Zealand National Netball League.

Dragons' departing head coach arrived at the Welsh franchise from Surrey Storm. She was the first coach not to share the Vitality Netball Superleague duties with the Welsh national side, and spearheaded the return of their age-group squads.

"I have really loved my time at Celtic Dragons. I have been privileged to meet and work with so many incredible athletes and coaches," she said.

"It has been challenging at times, particularly with the pandemic, but I will be taking many fond memories back to New Zealand with me.

"For now, I remain focused on our final fixtures in the 2021 Superleague where there is still plenty of netball to be played." 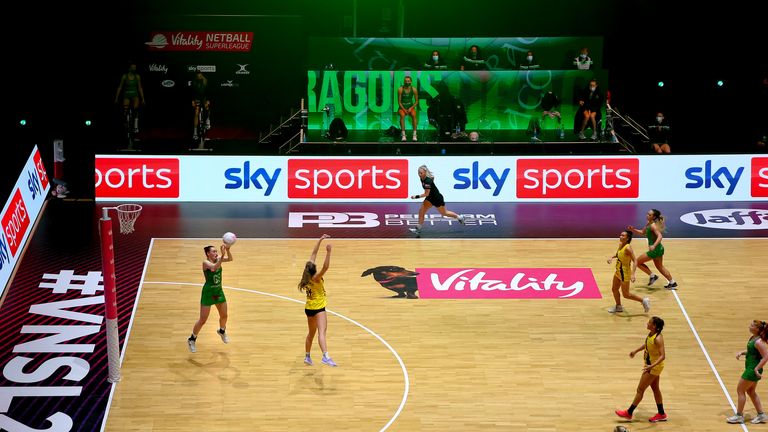 Tania has been a huge part of our netball family since arriving three years ago and has driven standards right through the Dragons franchise both on and off the court.

Speaking about her new role, Hoffman is excited to be someone that will idenfiy and bring through some of New Zealand's most promising new players.

"I'm looking forward to the role as it touches on so many aspects: being able to assist with the Tactix squad, lead the National Netball League programme, and to develop and implement a programme that will identify representative and franchise players of the future within the Mainland region."

Prior to that, as Hoffman said, she remains committed to finishing the 2021 season with the Dragons on a positive note. The outfit, who have won just one match so far this season, have three contests remaining.

When the competition resumes on June 13, Dragons will take on Strathclyde Sirens, before meeting Severn Stars and Leeds Rhinos Netball in the final round of the regular season.

Sky Sports is your home of netball. The Vitality Netball Superleague continues with Round 19 on Sunday, June 13 and four matches streamed back-to-back on the Sky Sports YouTube channel from 12pm.