New Zealand can seal the three-match series with victory in Wednesday's second international - Game Two is available on the Sky Sports YouTube channel, with coverage also available on Sky Sports Arena & Mix from 8am

World champions New Zealand defied a spirited fightback from England Roses to record a 48-42 victory in the opening game of the three-match series at the Christchurch Arena.

Jess Thirlby's side suffered a 3-0 series defeat against New Zealand in October 2020 - their last competitive meeting against international opposition - although they produced a battling display against a new-look Silver Ferns side.

The hosts appeared poised to complete a resounding victory after establishing an eight-goal cushion midway through the second quarter, but the Vitality Roses fought back magnificently in their bid to claim a first win over New Zealand since 2018. 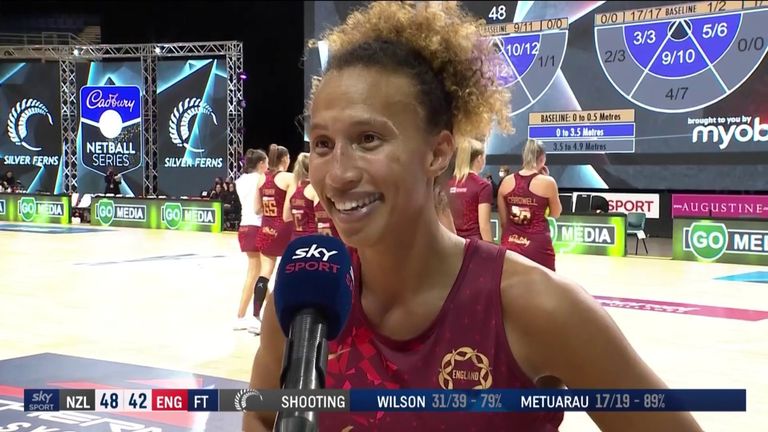 They nullified New Zealand's attacking threat for large periods, and Thirlby will have been buoyed by the performance of George Fisher - who was instrumental in England's impressive second half display, converting 22 of her 23 attempts.

However, the 2018 Commonwealth Games winners were left to rue their profligacy in possession, as New Zealand showed their class in the latter stages to draw first blood in the battle for the Taini Jamison Trophy.

"I thought we were caught chasing the game a little bit, but what was really pleasing is we were able to fight back in the second half, both physically and mentally," Thirlby reflected post-match.

"I thought we competed well and we pushed them right to the end. The wheels fell off just a little bit in that last couple of minutes, but players that came off the bench - they had a really positive impact. 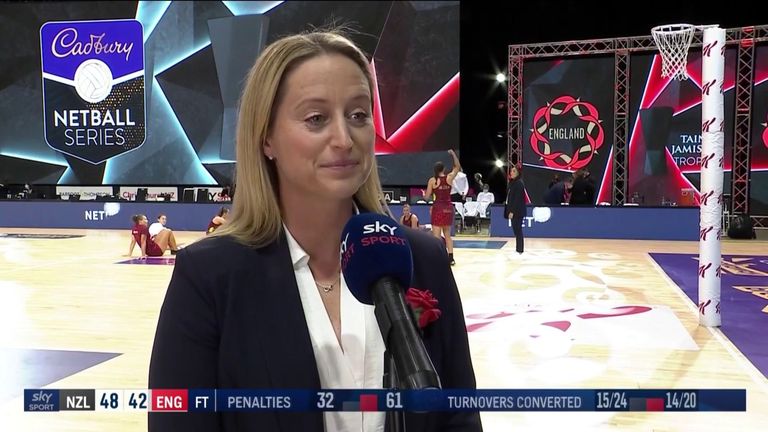 "In long periods I felt defensively we were able to tie them up, I didn't think it was necessarily a comfortable game for the Silver Ferns, but ultimately we need to tidy up our possession game. We can't give them too much ball and then not capitalise off it."

The Silver Ferns boasted a slender 12-11 advantage following an intriguing opening quarter. The Roses twice recovered from two-goal deficits to level, with the experienced duo of Geva Mentor and Layla Guscoth starring on their international returns.

However, a late turnover from the hosts gave them the initiative, and they stretched their lead to 23-15 midway through quarter two, as the formidable defensive trio of Kelly Jury, Karin Burger and Maddy Gordon stifled the Roses' attacking threat. 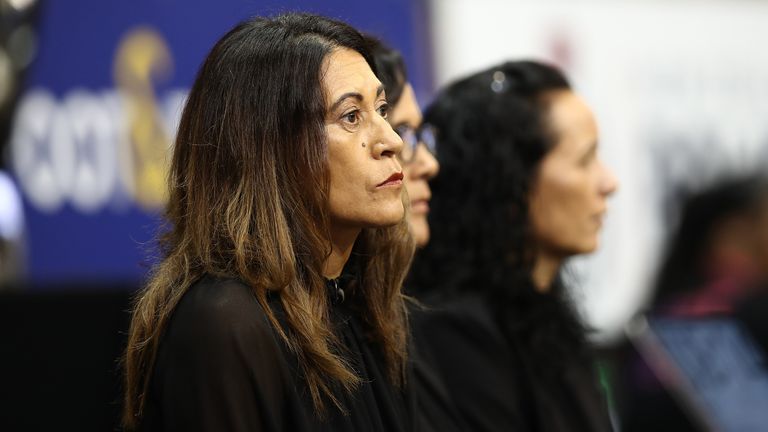 “Like English style they came back and we knew that, but I think in the last quarter we weathered the storm, so there’s some promising aspects for our game moving forward.”

In the attack end, Player of the match Metuarau was a revelation - converting 17 of her 19 attempts under the post, but the introduction of Fisher - who impressed in the ANZ Premiership last season - sparked a fightback from the Roses.

Thirlby's side reeled off three goals without reply in the latter stages of quarter two, aided by intercepts from captain Serena Guthrie and the outstanding Laura Malcolm, to reduce the arrears to 26-21 at the halfway stage.

The Roses continued their revival in an absorbing third quarter; the combination of Fisher and Cardwell provided England with more fluency in the attacking end, while they continued to force errors from New Zealand in possession to cut the deficit to 37-33. 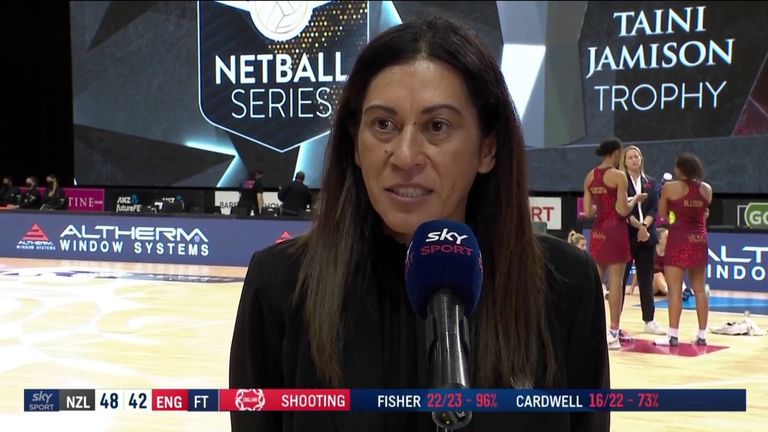 Fisher's influence in the shooting circle was undeniable, although Imogen Allison and the evergreen Jade Clarke also produced impressive cameos, and the Roses' disciplined structure saw them restore parity at 38-38 early in the fourth quarter, as they threatened to complete the comeback.

However, the depth within the Silver Ferns' squad paid dividends when Dame Noeline Taurua shuffled her pack in the second half, and Karin Burger produced two crucial defensive turnovers as the world champions pulled away in the closing stages.

Watch live coverage on Sky Sports Arena, Mix and YouTube channel of England's series in New Zealand as Jess Thirlby's squad continue preparations for the defence of their Commonwealth Games gold medal in Birmingham in 2022