Tom Brady admitted it had been an emotional week building up to his return to New England, where he went on to break Drew Brees' record for all-time passing yards in the NFL as the Tampa Bay Buccaneers edged out his former team 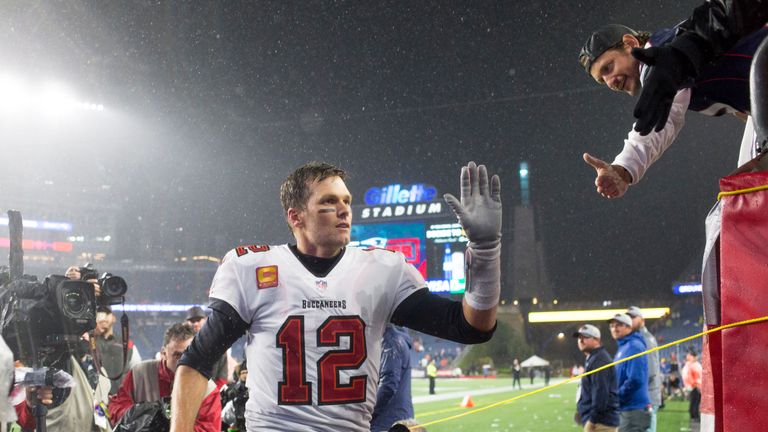 There was always the danger Tom Brady's return to Foxboro for the first time could be over-hyped, over-sold as media and fans alike prophesised a blockbuster showdown between the great quarterback and greatest head coach in NFL history. But nothing was over-sold about this.

It was quarterback who prevailed over coach, the Bucs fending off New England 19-17 as Ryan Succop kicked a 48-yard field goal with 1.57 to play in the fourth quarter before Belichick opted against going for it on fourth-and-three in response only to see Nick Folk miss his 56-yard attempt with 59 seconds remaining.

Earlier in the game Brady had connected with Mike Evans for 28 yards to become the NFL's all-time passing leader, surpassing Drew Brees' previous record of 80,358 and eventually finishing the game with 269 yards to lift his total to 80,560.

"It's pretty cool," said Brady of breaking the record at Gillette Stadium in his postgame interview with NBC. "Nothing in this sport can be accomplished without incredible team-mates and coaches. I've just been blessed for 22 years to be with some amazing people. A quarterback can't do anything if the guys don't catch the ball.

"Guys did a great job catching for me the last 22 years. All of them, which I hope were, uh, felt a little piece of happiness tonight watching that. Cause everybody contributed. I sure as hell can't catch anything, everyone's seen that drop against the Eagles in the Super Bowl. But I can throw it a little bit and I'm glad I got so many great guys who catch it."

Brady and Belichick, who won six Super Bowl rings during their time together in New England, embraced briefly on the field after the game before the latter reportedly spent 20 minutes in the Bucs locker room. There were also reunions with offensive coordinator Josh McDaniels and Patriots owner Robert Kraft.

Tom Brady takes the field in New England for the first time as a Buccaneer.@Buccaneers | #TheReturn

"I mean, all those are personal," said Brady in his postgame press conference. "So we have a personal relationship for 20 plus years. So he (Belichick) drafted me here and I've had a lot of personal conversations that should remain that way. And they're very private. And I would say so much is made of our relationship.

"And, you know, as I said earlier this week, you know, from a player's standpoint, you just expect the coach to give you everything he's got. And I'm sure, as a player that's what he was hoping for me.

"But, nothing's really accurate that I ever see. You know, definitely doesn't come from my personal feelings or beliefs, and I have a lot of respect for him as a coach and obviously a lot of respect for this organisation and you know, all the different people here that try to make it successful." While former Patriots-turned-Bucs tight end Rob Gronkowski missed out due to multiple cracked ribs, there was a mini reunion of sorts for wide receiver Antonio Brown, who played one game with the Patriots in September 2019 before being cut amid off-field allegations.

Brown admitted those around Brady in the Bucs locker room had been well-tuned into the magnitude of the occasion for their quarterback.

"Imagine being with an organisation for 20 plus years, having so much success, building so many relationships, started families, kids born here, so many different memories and moments," said Brown. 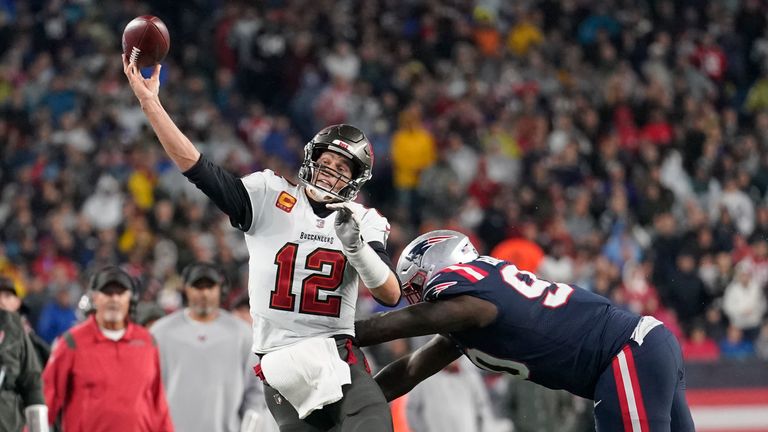 Brady was greeted by a warm reception from the home fans as he emerged from the tunnel prior to kickoff, running the length of the field and producing the fist-pump those inside Gillette Stadium had become so used to seeing over the past two decades.

"It was awesome," he said. "I tried not to predict what was going to happen and how I would feel. Had a few emotional moments this week just thinking about the people that have really meant so much to me in my life and that are a part of this community.

"Just very grateful for an amazing time here. Like I said, my football journey took me somewhere else, but I'm really enjoying that, and great to get a win."