Packers quarterback Jordan Love insists he will definitely be ready to start in Week One should he be needed amid uncertainty over the future of Aaron Rodgers.

When Aaron Rodgers is away, Jordan Love will play.

That could yet prove to be the case come September depending on how the situation surrounding Rodgers' future with the Green Bay Packers develops over the coming months.

The reigning NFL MVP is currently holding out after it emerged earlier this offseason that he did not wish to return with the Packers.

Rodgers subsequently quashed suggestions his unrest was related to the organisation selecting Love in the first round of the 2020 NFL Draft, instead pointing towards 'philosophy' and 'culture' behind the scenes. 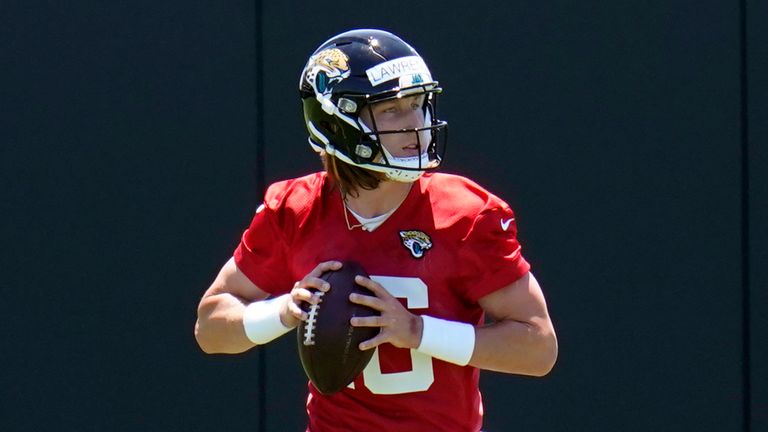 Jaguars Senior Reporter J.P. Shadrick explains the mood in Jacksonville ahead of a new era under head coach Urban Meyer and quarterback Trevor Lawrence, both of whom will be heading to London in 2021

Questioned on the prospect of starting in Week One, Love insisted he would be ready. In truth, what else was he supposed to say?

"A hundred percent," Love told the media on Wednesday. "Obviously, this is a time where I'm getting a lot of extremely valuable reps that I might not have been getting in a normal circumstance. So I'm just going to take it day by day. But yeah, that's what I'm here for. I was drafted here to play quarterback, so I'll definitely be ready Week One."

Rodgers' absence has not only turned the focus towards the progress of Love, but also given the 22-year-old a window in which to work with the Packers' primary weapons.

As far as he is concerned, his job is to be prepared for anything.

"I've just been living my life, man, trying to do what I can do to get better in this offseason and obviously not knowing what's going to happen next," Love added. "My main thing's been controlling what I can control and do my best to get better every day so that I'm ready whatever the circumstance may be come the season. Just do my best to be ready for myself, for the team and for everybody here.

"My mindset this whole offseason's been to get ready, get myself ready, and that's been my mindset since I got here.

Holy cow. Jordan Love is on fire right now at #Packers Minicamp. He got the whole team jacked after completing a pass to Aaron Jones down field. Shoulder bumps, players fanning Love, and more. There’s some buzz here.

According to reports from local media,Love enjoyed a far more productive outing at camp on Wednesday in comparison to a day earlier as he linked up with wide receiver Allen Lazard and running backs Aaron Jones and AJ Dillon for big gains.

"Listen, you can never get too high and never too low in this game," said Packers head coach Matt LaFleur. "One of the biggest emphases for Jordan is just to treat each play as its own entity. We're always grading the decision-making, the timing, the accuracy, and we want to see the consistency just continue to get better and better."

The cancellation of preseason in 2020 due to the coronavirus pandemic means he is still yet to make his Packers debut.