Las Vegas Raiders right guard Denzelle Good injured his knee during the first quarter of Monday's 33-27 overtime win over the Baltimore Ravens; the Raiders next visit the Pittsburgh Steelers on Sunday

Good injured the knee during the first quarter of the 33-27 overtime victory at Allegiant Stadium.

The 30-year-old signed a two-year, $8.36m (£6.05m) deal in the offseason after making a career-best 14 starts last season while playing 15 games between tackle and guard.

Good, who is in his seventh NFL season, has started 43 of 62 games played.

He also played parts of four seasons with the Indianapolis Colts before joining the Raiders in December 2018.

Veteran left guard Richie Incognito (calf) missed the opener and it remains unclear when he will be ready to play. 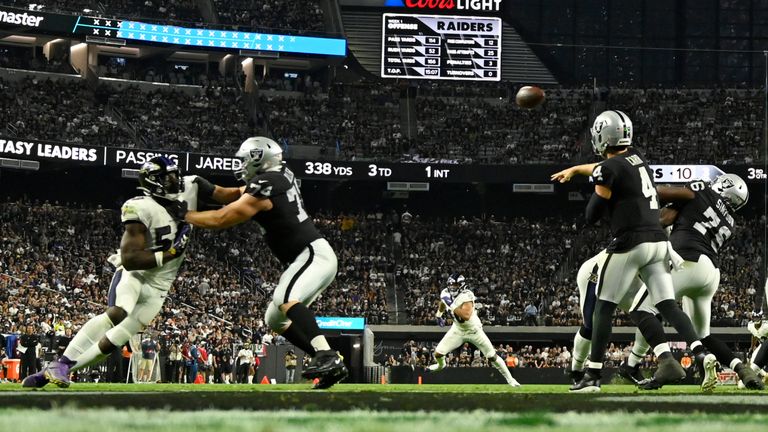 He missed the entire 2020 season after injuring a quadriceps during a training camp practice with the Dallas Cowboys.

The Raiders next visit the Pittsburgh Steelers on Sunday.