Neil Reynolds is into an early lead over Jeff Reinebold after Week One as they make their NFL Predictions - but who have they picked for Week Two?

As well as hosting Inside The Huddle on Sky Sports NFL every Tuesday at 9pm, Neil, along with Jeff, will release a weekly audio edition of ITH every Wednesday in which they'll make their game picks.

Neil is into an early lead after correctly calling nine games to Jeff's seven on opening weekend, with wins for the Houston Texans and Miami Dolphins proving the difference.

Click on the link below to listen to this week's ITH podcast and read on to see Neil and Jeff's Week Two predictions...

"I'm not too worried about San Francisco having to hold off a late Detroit comeback last week. We were headed towards a blowout and they let their guard down a little bit.

"But this is a tough one to call, as I was impressed with what I saw out of Eagles quarterback Jalen Hurts, but I think I'm just leaning towards the 49ers on the road - I like their ground game, as they always seem to find a way to successfully run the ball."

"The biggest question I have with the Eagles is, how bad are the Falcons, who they beat last week? Is the Eagles offense that good, or Atlanta's defense that bad?

"You're right, Hurts did look good, but I'm going with the 49ers too." 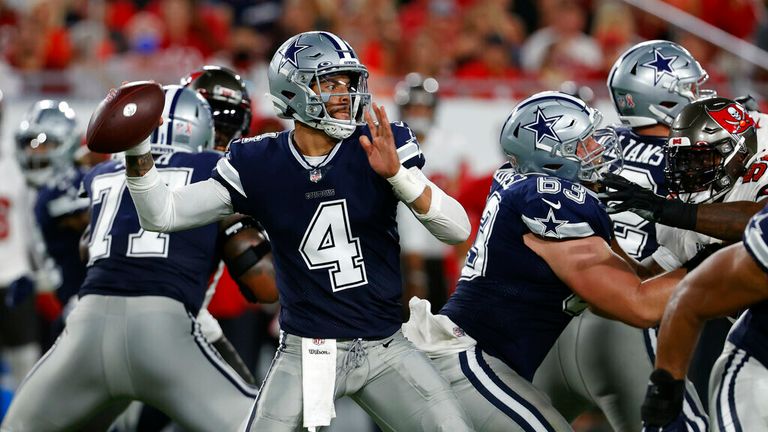 "I can see these two quarterbacks - both with strong arms and good receivers - throwing it all over the field. This is going to be a fun one to watch!

"And I'm going with Dallas to win on the road. I like Dak Prescott and I think they've got just about enough on defense - they got four turnovers last week - to have me hopeful."

"I think this is the greatest game of the weekend. As you said, it's showcasing two really fine, young quarterbacks.

"But I think the Chargers have the better defense of the two, so I'm going with them at home." 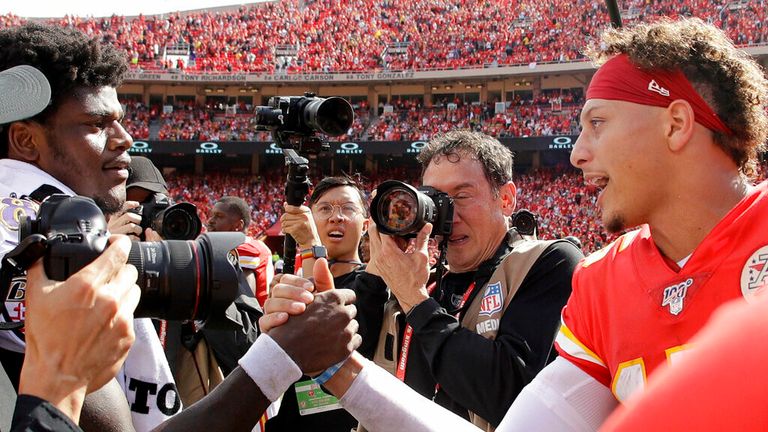 "Lamar Jackson referred to the Chiefs last year as Baltimore's kryptonite. But I've got another one for him… fumbles! He had two of them on Monday Night Football in the loss to the Raiders.

"I like the Ravens offense, but they're another team that could fall to 0-2 - a team that everybody assumed would still be relevant in December, January, fighting for the Super Bowl.

"I worry about this team against Patrick Mahomes and his array of wide receivers, plus Travis Kelce."

"I'm picking the Packers to bounce back because I just don't think Detroit are very good.

"They didn't give up against the 49ers, but go back and watch the Eli Mitchell touchdown run and they're falling like bowling pins on defense."

"I know Jared Goff threw for some yards against the 49ers last week, but let's pump the breaks on him a little bit.

"They're tougher and more resilient under Dan Campbell, you can see that, but they're still the Lions and it's still Jared Goff." 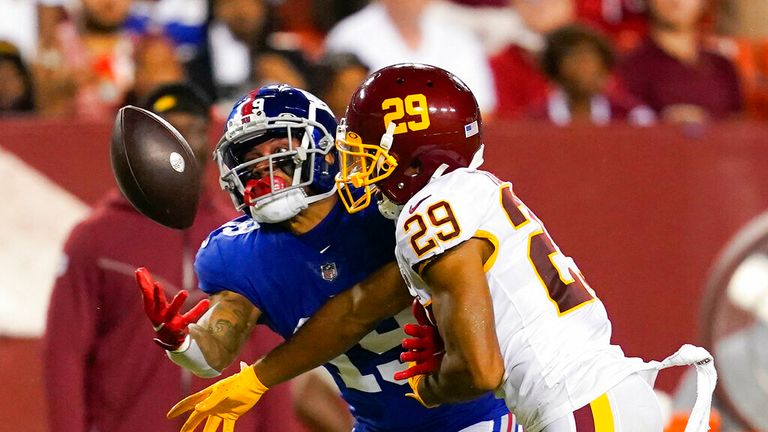 "Taylor Heinicke is now the quarterback in Washington; sadly, Ryan Fitzpatrick went down in the opening game - though it doesn't look to be season-ending.

"Daniel Jones, meanwhile, is a perfect 4-0 against Washington. But I like Washington at home, even with Heinicke."

"I like the Heinicke kid, he has ability, mobility and a little of the 'It Factor'. And I like that defense in Washington.

"As for the Giants, Denver came into town last week and pushed them around a little bit - Jones had another fumble, that takes him to 20 now.

"And Saquon [Barkley] is still coming back off that injury, and the offensive line still looks like a problem area for the Giants."