Hannah Wilkes - off to a winning start in the 2021 NFL season - says look to the Detroit Lions for Fantasy sleeper picks; watch NFL Overtime with Wilkes and Josh Denzel, as well as guests Kay Adams and Will Blackmon, every Thursday from 9pm on Sky Sports NFL

Sky Sports' NFL Fantasy Football guru Hannah Wilkes helps you navigate your way through the 2021 season in her weekly column, as she reflects on an opening weekend win courtesy of a Deebo Samuel gut feeling...

Week One did it what is so often does. It proved that no matter how well reasoned the arguments, how meticulously calculated the projections, no matter how hot the takes, it's all redundant as soon as a ball is kicked.

Personally, I'm quite thankful that we're not playing 'Pick 'Ems' again this year, as the game picks I confidently posted on social media ahead of Sunday's action saw me return a 7-7 record (essentially 7-8, as I'd have called the Baltimore Ravens all day long to win Monday Night Football - even without a backfield). But this is why we love the sport. 'Any given Sunday', it really is anyone's game to win.

As kickoff to the 2021 NFL season edges ever closer, Sky Sports' NFL writers breaki down all eight divisions...

It has though thrown up plenty of things to ponder from a Fantasy perspective, with unexpected booms (give yourself 10 bonus smug points if you had Deebo Samuel), shocking busts (Aaron 'one-point' Rodgers), and a whole-hearted endorsement of the transformative impact that laser-eye surgery has on a quarterback's ability to run with the football…

Firstly, in the most important of my five(!) fantasy leagues, I got the 'W'. And in some style too!

'The Greatest Show on Paper' vs 'Light Kamara Action'. Otherwise known as 'The Overtime Bowl' as I took on, and comprehensively beat, my co-host Josh Denzel to open the season in the Sky Sports Fantasy league. I shall ensure I am at my most obnoxious when we see each other back in the studio on Thursday.

And, sensationally, I got the win despite having Ja'Maar Chase, CeeDee Lamb, Cooper Kupp and Nick Chubb all on my bench*, and due in no small part to the reason for my second humble brag: my accidental GENIUS move in drafting Deebo Samuel over Brandon Aiyuk.

There were a lot of frustrated Fantasy managers on social media during that San Francisco 49ers win over the Detroit Lions but, thankfully, I was not one of them. I don't remember the exact reasonings behind my decision, but it definitely had something to do with a gut feeling. Helpful, I know, but I'll pass it off as some fantasy premonition and lean into the 'self-appointed Fantasy guru' title I've apparently claimed as my own.

(*This perhaps speaks to a) the perks of an 8 team league: and b) the fantasy knowledge of my league rivals.) 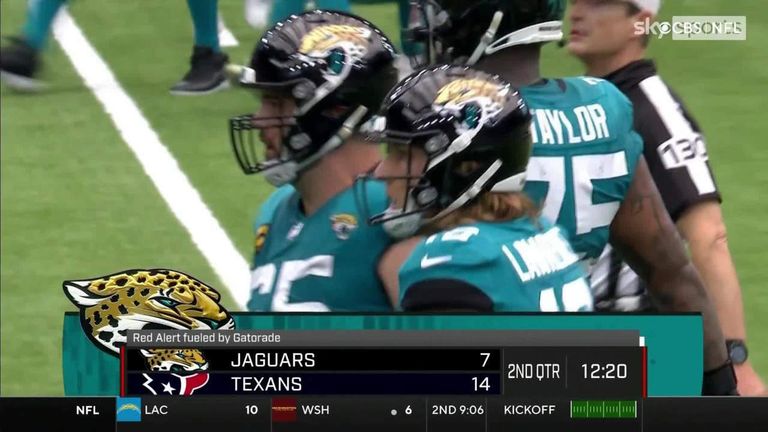 Rookie quarterbacks went 0-3 in Week One, and it's telling of the difference between real football and Fantasy endeavours that the debutant who looked perhaps the most comfortable on the field, New England Patriots QB Mac Jones, scored the least fantasy points, despite being the only one of the trio not to throw an interception.

Still, better to have him be a bust on your fantasy roster but a guy you can rebuild around long term if you're Bill Belichick. (Random thought: does Belichick, or in fact any actual coach, play Fantasy Football? I assume not, but now I find myself really hoping there's a league each for the AFC and NFL head coaches….)

In more positive rookie news, Cincinnati Bengals receiver Chase blew up on debut with five catches for 101 yards, including one 50-yard monster touchdown at the end of the first half of their win over the Minnesota Vikings. If, like me, you had him tucked away on the bench until we saw what he could do, give that guy a promotion for Week Two against Chicago. Based on the way the Bears secondary enacted stringent social distancing rules around Cooper Kupp on Sunday night, he'll have bags of space for that college-honed connection with quarterback Joe Burrow to flourish.

Don't sleep on Detroit Lions players in Fantasy. Detroit are highly unlikely to be playing playoff football come January, but that doesn't mean that their guys won't do you a solid when it comes to Fantasy points this season.

From trailing the 49ers 38-10 halfway through the third quarter, to falling to a valiant 41-33 loss at the end of the fourth, it's not exactly what Lions fans dreams are made of but Jamaal Williams and D'Andre Swift, who were RB3 and RB4 respectively across the league in Week One, hauled in 25 and 24.4 fantasy points each. Not too shabby.

I'd also tentatively point you in the direction of Jared Goff if you're in need of a back-up QB in a deep league (or if you're simply feeling bold). No, I haven't totally lost it. Look, it won't be every week that he gets you 28.92 points and sits fourth in fantasy QBs, but on a team with a leaky defense, he's going to be passing it a whole lot. Plus, he's only rostered in 8.4% of leagues, so you can likely get him as cover that might pay dividends when the bye weeks start rolling in. 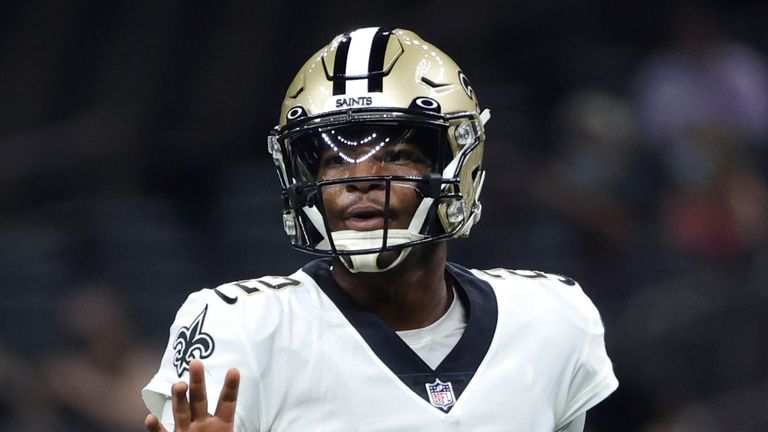 This was the genuine noise that came out of my mouth when I looked at the rock-solid protection the New Orleans Saints offensive line was giving Jameis Winston in their statement opening win over the Green Bay Packers.