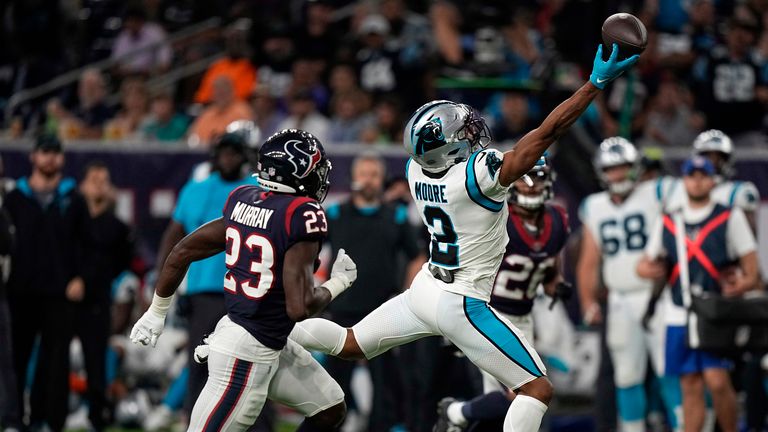 The Carolina Panthers overcame the loss of star running back Christian McCaffrey to a hamstring injury as they moved to 3-0 on the season with a 24-9 road win over the Houston Texans on Thursday night.

McCaffrey - who was limited to just three games over the 2020 season due to shoulder and ankle injuries - exited the game in the second quarter, with the Panthers leading 7-0 at the time.

The Carolina quarterback carried the team on his shoulders, throwing for 304 yards and finding the endzone twice on two touchdowns runs from down near the goal line.

Sam Darnold is now tied for the league lead in rushing TDs. pic.twitter.com/12Ub0t8fGO

Houston were competitive, limiting the Panthers to just one Darnold score in the first half as they went in at half-time trailing by just one, down 7-6, after rookie QB Davis Mills marked his first competitive start in the NFL with a touchdown pass to Anthony Miller.

But Mills, who completed 19 of his 28 pass attempts for 168 yards and that one TD, also ensured a chastening night under constant pressure from Carolina's relentless defense which sacked him fours times - taking their season tally to 14 through three games - and hit him nine times.

The Panthers streaked clear of their competition in the second half, though they suffered a second worrying injury on the night as 2021 first-round draft pick, cornerback Jaycee Horn was carted off the field with a suspected broken foot.

The Panthers struck first, going 88 yards on 10 plays on their second possession, with Darnold running in from five yards out for his first of two TDs midway through the first quarter.

Carolina could have added to their lead on their very next series, moving the ball 81 yards on another lengthy, time-consuming drive but were then stuffed by the Texans defense when going for it on 4th-and-1 from the Houston five-yard line.

McCaffrey left the game following a two-yard run earlier on the drive, with rookie Chuba Hubbard - who generally did well in relief - getting stuffed on the fourth-down try from down near the goal line. 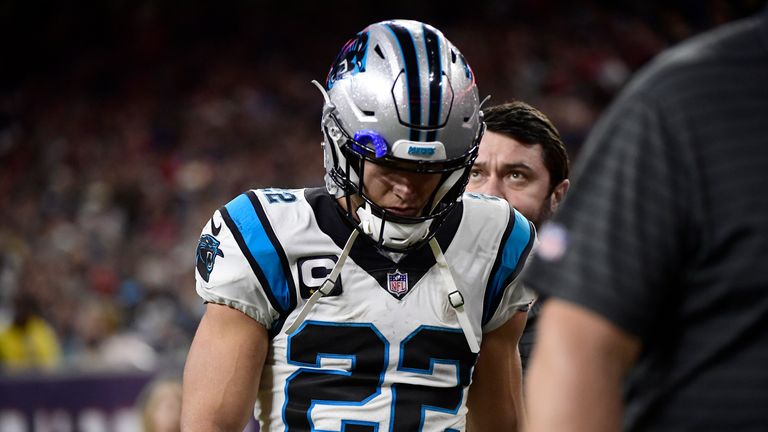 Although their defense was keeping them in the contest, Houston's offense was sleep-walking out of the gate, punting on each of their first four possessions until Mills led his team 64 yards down the field and found Miller in the endzone - although ex-Panthers missed the resulting extra point kick. Leading by just one point at the break, the Panthers showed their intent to put the Panthers away by scoring on their first drive of the second half, with Tommy Tremble scoring on a seven-yard tight end sweep.

In the fourth quarter, Zane Gonzalez booted a 21-yard field goal to extend Carolina's lead to 11, only for Slye to counter with a 53-yarder to again make it a one-score game with nine minutes to go.

But Darnold capped a fine personal performance with his second rushing touchdown on the Panthers' next possession and they held on for the win. 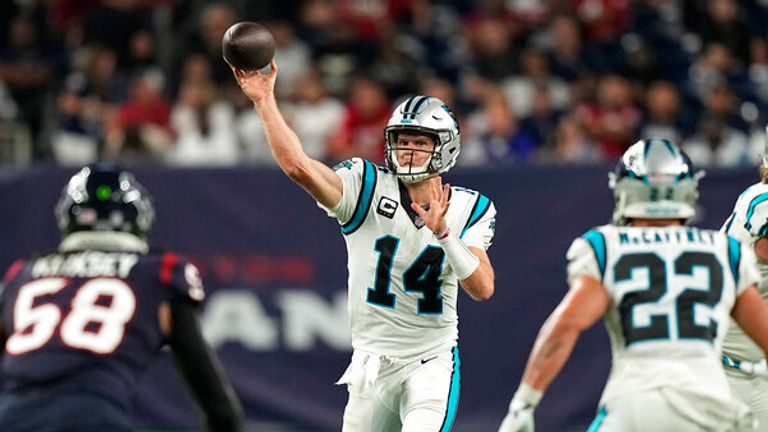 The Panthers next travel to Dallas as they look to maintain their unbeaten start to the season with victory over the Cowboys. The Texans are also on the road next Sunday, heading into Buffalo to face the Bills.