Los Angeles Chargers pair Austin Ekeler and Keenan Allen enter the record books, Tom Brady notches the 51st game-winning drive of his career and the Cincinnati Bengals beat the Pittsburgh Steelers for a third-straight game for the first time in over three decades

Sky Sports Cricket statistician - and big Buffalo Bills fan - Benedict Bermange dives into the 2021 NFL season to pick out the best stats from each week...

Tony Pollard's 100-yd kick-off return for a touchdown was the longest in Thanksgiving history and the third-longest score of any type on Thanksgiving in NFL history. 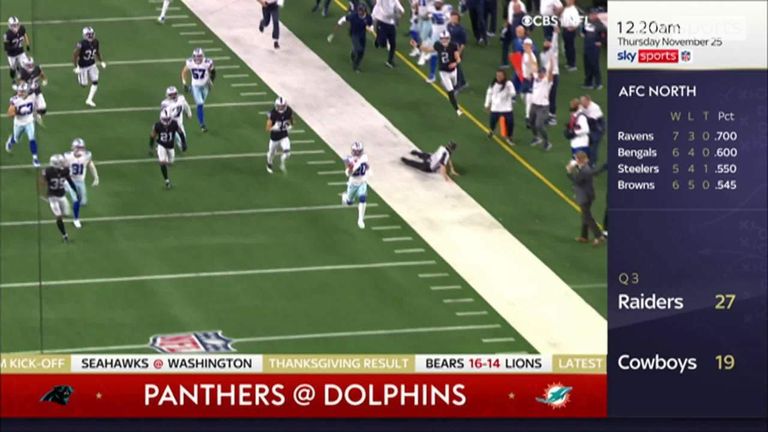 Tom Brady led the Tampa Bay Buccaneers to victory over the Indianapolis Colts and, in doing so, engineered his 51st game-winning drive, breaking his tie with Ben Roethlisberger for third-most in history.

Most game-winning drives in NFL history

The Cam Newton honeymoon period with the Carolina Panthers is over. He completed just five of 21 throws against the Miami Dolphins, resulting in a 23.8 per cent completion rate. That is the lowest by any NFL quarterback attempting at least 20 passes in a game since Joey Harrington went 5 of 22 (22.7 per cent) for the Detroit Lions against the Green Bay Packers in December 2004.

Austin Ekeler of the Los Angeles Chargers became just the third undrafted player with at least 5,000 scrimmage yards in his first five seasons in the common-draft era, joining Arian Foster and Willie Parker.

In the first half of the same game, Keenan Allen caught his 700th career reception, equalling the record for the fewest games in NFL history to reach that landmark. 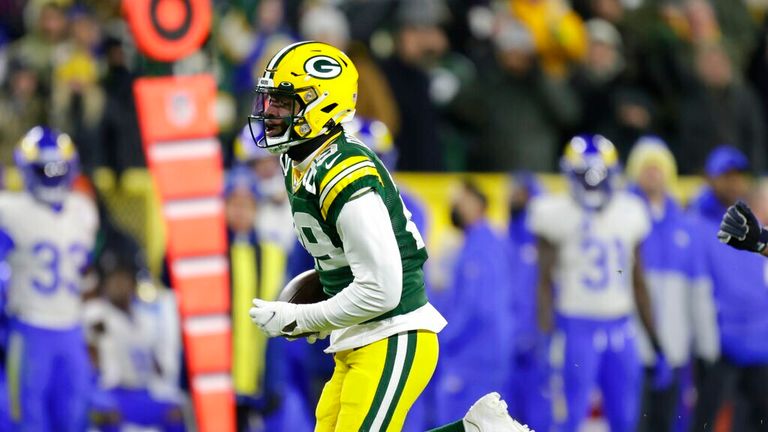 The Packers beat the Los Angeles Rams on Sunday, with Matthew Stafford throwing another pick-six, becoming the first quarterback to suffer that fate in three games in a row since Matt Schaub and Blaine Gabbert did in the 2013 season. 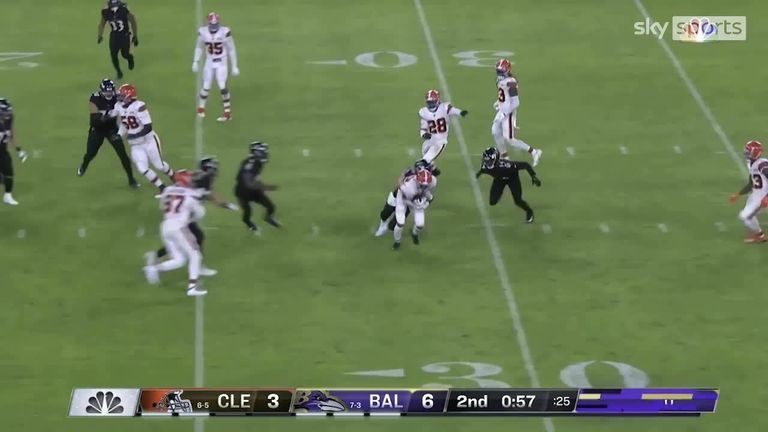