Nakobe Dean interview: On becoming a doctor, mechanical engineering and winning a National Championship with Georgia

Nakobe Dean remembers his mother telling him his "mind would take him further than his feet" in life, such was the emphasis placed on education in a family absent of sporting reference points. Dean took that, and decided to build a career on both.

He would become a brains and brawn asset on the football field, a reconnaissance drone, a code-breaker and land soldier with the IQ and explosiveness as the most accomplished off-ball linebacker at the 2022 NFL Draft.

Before football he figured he would become a doctor. Upon arriving at Georgia to focus on football he majored in mechanical engineering. Dean has been quizzed on both a lot. A lot a lot. So it is over to him...

"My father is a doctor, just growing up I kind of had the inside scoop of everything as far as being a doctor, he always took us to his work and I was able to see everything so I kind of fell in love with that," Dean told Sky Sports.

"But towards the end of my senior year (in high school) I wasn't leaning towards being a doctor as much as I was engineering, because that was numbers and math and putting things together, things like that.

"So I used that, I actually wanted to go into the field of prosthetics with it. Dating back to seeing the veterans, I kind of wanted to go and help people."

Dean left Georgia boasting a 3.5 GPA and has vowed to finish his mechanical engineering degree, which is roughly two semesters short of completion.

He has lived both sides of the one-percenter college-to-NFL threshold, school coming before football until the realisation he was pretty special in both departments.

"Growing up nobody pushed sports to me, nobody," he explains. "I have had no D1 athletes on that side of my family, nobody go to school or college to play sport so it was all education growing up, it was never the thought of getting school paid for through sports. So my mother instilled it in me at a young age and it stuck with me."

It is a message that Dean, whose love for football began at the recreation centre where his mother worked in Mississippi, passes on to those in the position he once was.

Open up the Wikipedia page of his birth city Horn Lake and atop a seven-person list of 'notable people' is Nakobe Dean, recipient of the Butkus Award, which recognises the top linebacker in the nation, and College Football National Champion with Georgia.

"Words can't describe how proud I am, just coming where I come from, growing up that's all we talked about, being able to make it out and then come back and give back to my community so I do look forward to going back whenever I can," he says.

"It just brings a smile to my face any time I go home and I'm able to talk to the kids younger than me coming up because now they've got somebody they can look up to. I always tell them I want them to be better than me, not like me, better than me. Because I didn't have that coming up." 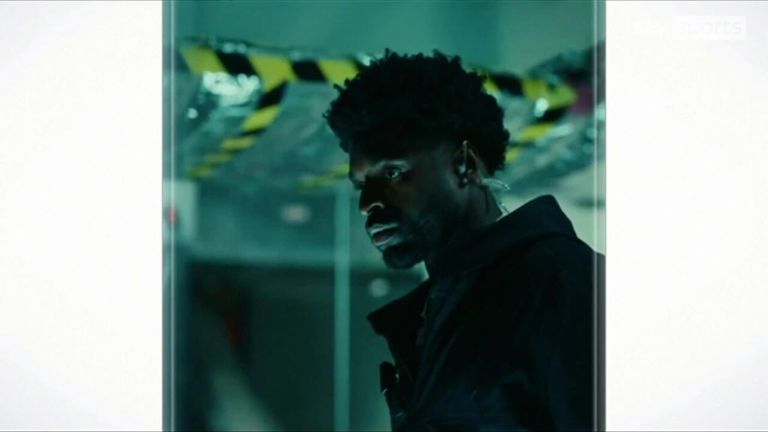 Dean can be your general and your enforcer, with the lightning acceleration to close space in an instant, the lateral smoothness and diagnosis to be effective in coverage, finisher power to rattle tight ends and running backs, and gap accuracy and timing to rush and stunt as a blitzer in the way so common to Kirby Smart's Bulldogs defense. But Dean does not need to tell you that.

"I'm going to bring that winning mentality to the NFL, my leadership," he explains. "I feel like my mindset is second to none, unmatched. I feel like I'll do whatever I need to do to be great and be one of the greatest ever to do it.

"All the physical things are on film, you can watch that and work me out. Anytime somebody asks me that I kind of just talk about the passion I have for the game. I feel like my passion is second to none and the effort I play with."

Dean archives bits and pieces from the games of current NFL linebackers, from the Tennessee Titans' Zach Cunningham and the way he takes on blocks, to Roquan Smith's open-field tackling with the Chicago Bears and how Indianapolis Colts star Darius Leonard is able to dispossess ball-carriers.

He has been privy to the evolution of the off-ball linebacker and the added necessity to be able to join the line of scrimmage, operate off the edge, or retreat into coverage.

The Dallas Cowboys' Micah Parsons has become a modern beacon in that respect as he play-wrecked primarily as an edge rusher in his Defensive Rookie of the Year-winning campaign.

"He's a great player, I like the way he was versatile, he's got the size to be an outside backer and rush off the edge, but also take a step back and be a middle linebacker, so his versatility speaks volumes," he said.

His reward was the Butkus Award as the best linebacker in college football.

"I got the trophy the day after we lost the SEC Championship so it was kind of like a bittersweet feeling," he said. "I feel good about it just because I always knew I wanted to establish myself as the best linebacker in college football, it was one of my goals for the season.

"One of my goals next season is to establish myself as one of the best linebackers in the NFL. It just symbolises the hard work I put in, but reminds me that it's not over, it's just getting started, I've got a lot more work to put in, the chip on my shoulder has done nothing but grow and I just got a lot of work to put in."

Defeat to Alabama in the SEC Championship was softened not only by his individual accolade but also a standout semi-final performance in which he logged seven tackles, two for loss, one sack, five pressures and a forced fumble against Michigan.

And to follow it up, Dean and Georgia avenged their earlier defeat by overpowering Nick Saban's Crimson Tide machine to win it all.

"Surreal family, a feeling that was second to none. All the hard work you put in through the season, everything you had to do through the offseason, you knew that it worked," he continued.

"You do all kind of crazy workouts, it would get to the point where the workout would be so crazy you're questioning 'why are we working out like this?'. You work to the end, we saw all the hard work we put in work out."

Within that, there would well be at least five first-rounders. And while it marks the end of an era, Dean insists the overwhelming emotion will be pride.

"I feel like we're going to be happy for each other because we know each other," said Dean. "We know all the hard work we put in, we're living our dream, being able to make it to the NFL. One of my dreams was to be successful in the NFL so I feel like we'll be more proud than it being a weird feeling (being on different teams)."

Dean has been in and out of first-round mock drafts during the build-up, though the general consensus is he will go inside the top 32 picks. Regardless, he knows it it just the start.

"On Draft day, first round, second round, I know I'm going to have a chance to be on a team. It's going to mean a lot. It's not necessarily going to be a 'phewww, I finally did it' type thing, but more for me like 'okay, now it's time to get to work'."

Watch all three days of the 2022 NFL Draft unfold on Sky Sports NFL, April 28-30, starting with live build-up to day one from 9pm on Thursday, April 28, with the first picks expected to be made just after 1am.