Patrick Mahomes on Tom Brady: "It's special to see the things that he's done in this league... the longevity - I mean that's the crazy part"; watch Kansas City Chiefs @ Tampa Bay Buccaneers on Sunday Night Football, live on Sky Sports NFL from 1.20am on Monday morning 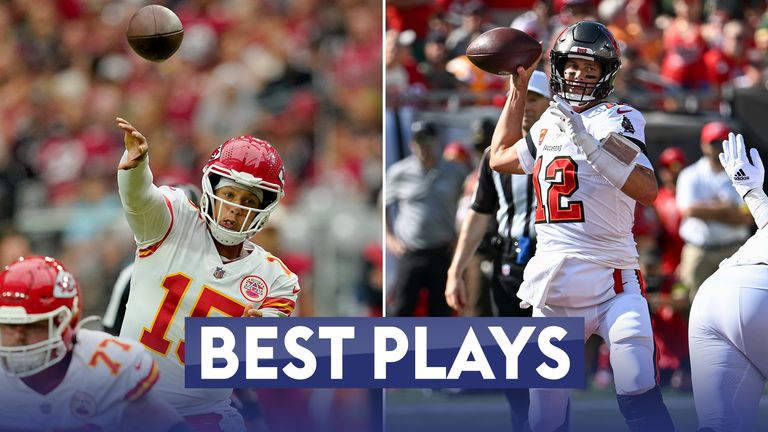 Kansas City Chiefs quarterback Patrick Mahomes says he wants to follow 45-year-old Tom Brady's example and "play as long as I can" as the pair prepare to face-off on Sunday Night Football, live on Sky Sports.

Mahomes is 18 years Brady's junior and were he to also play until he was 45, that would see him still in the NFL by the 2040 season.

"I want to play as long as I can play, and I can still have a chance to help the team get better," Mahomes said.

"Obviously, it's hard to play until you're 45 years old, and I don't want to be out there just hanging on. You see what Tom is - he's still playing at a very high level.

"I think that's why it's hard for him to kind of give it up - when you're playing at a high level you don't want to leave it."

Mahomes added: "For me, I'm going to try to keep my body in the best shape possible and as long as they'll let me play and I can play at a high level, I'll be out there."

Brady is the NFL's all-time leader in passing yards and touchdown passes, while he also topped those categories last season - even at the age of 44. He also holds the record of seven Super Bowl wins.

Mahomes has one title to his name at the age of 27, and had the chance to make that two only for Brady's Tampa Bay Buccaneers to beat him and the Chiefs 31-9 in Super Bowl LV to conclude the 2020 season.

This Sunday's matchup will be Mahomes and Brady's first meeting since that Super Bowl clash and could prove to be their last, depending on what Brady - who retired and then unretired this past offseason - opts to do at the end of the season. Brady currently leads 3-2 in their head-to-head meetings. 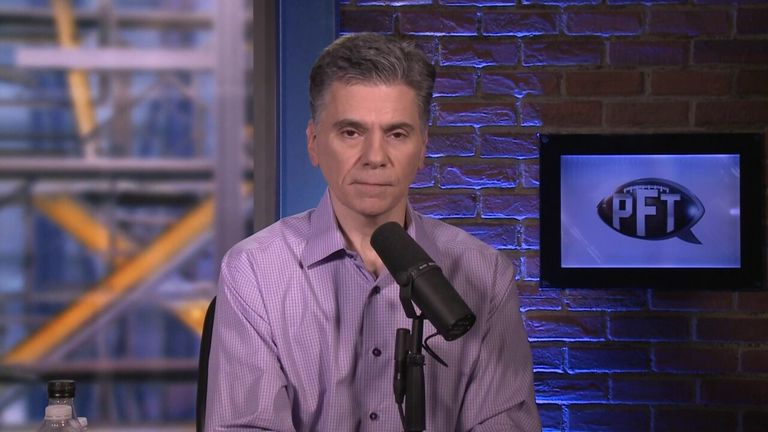 "It's special to see the things that he's done in this league," Mahomes added on Brady.

"The way he was able to change the position, the longevity of great success - I mean that's the crazy part - you look at his career and there's never really been a down year.

"He's always been great and had a great season and found ways to get even better. He's done stuff off the field that hasn't impacted him on the field, but still made his legacy even greater so it's always a great opportunity for me and our team to go up against a great quarterback and really [measure] where our team is at." 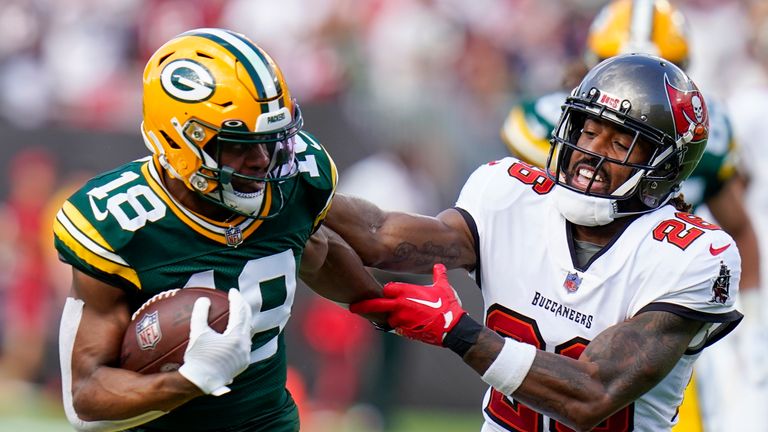 Both the Chiefs and Buccaneers have started the season with 2-1 records through the first three weeks, with both teams beaten for the first time last weekend, by the Indianapolis Colts and Green Bay Packers, respectively, going into this Sunday's meeting.

Chiefs-Bucs game to remain in Tampa despite Hurricane Ian

Sunday night's game between the Chiefs and Buccaneers will continue to be held at Raymond James Stadium in Tampa as originally scheduled, the NFL announced on Thursday.

The NFL had selected the Minnesota Vikings' U.S. Bank Stadium in Minneapolis as a contingency site for the game after the Bucs had evacuated the area because of Hurricane Ian.

"Our thoughts and prayers remain with the many thousands in the Southwest Florida region who have been severely impacted by Hurricane Ian," the Bucs said in a statement.

"We are also very thankful that the Tampa Bay area was spared the most damaging consequences of this powerful storm.

"We have informed the NFL, after consulting with local and state agencies, that we are ready to play Sunday night's game against the Kansas City Chiefs at Raymond James Stadium as originally scheduled."

Brady: Great to give Tampa fans something to cheer about

Tampa Bay quarterback Brady hopes the game can help bring people together for "a common good."

"Any time you can participate in things like that, it's a great feeling... After what so many people have gone through in the state, it's great to go out there and give them something to cheer about."

Earlier in the week, the Buccaneers relocated their players, coaches and some of their families to the South Florida area and have been practicing at the Miami Dolphins' facility.