Watch the Los Angeles Rams (2-1) visit the San Francisco 49ers (1-2) in Monday Night Football live on Sky Sports NFL from 1.15am in the early hours of Tuesday morning.

The 73-year-old running backs coach, who started out at Indiana's Kokomo High School in 1972, distanced himself from football at the beginning of the offseason as he recovered from two surgeries, and had been due to miss the entire campaign only to fast-track his re-introduction.

Turner has long been unsung as one of the masterminds whose expertise have contributed to the celebrated Mike and Kyle Shanahan wide zone offenses prevalent in NFL offensive schemes across the past two decades.

He is as close to the evolution of the Shanahan system as anybody, and now re-enters the fold to impart further wisdom on a Niners offense still seeking a season-igniting spark.

"It's awesome having Bobby back. It's been weird not having him," Shanahan told reporters. "He told me last year he was very clear, 'Kyle, I'm not retiring, I'm just taking a year off to get my surgeries, get healthy.'

"I've been talking to him and his wife over the last month or so. He was ready to come back. We saw him in Denver. It's awesome to get him out here. Got here two days ago and it's been great having him around." 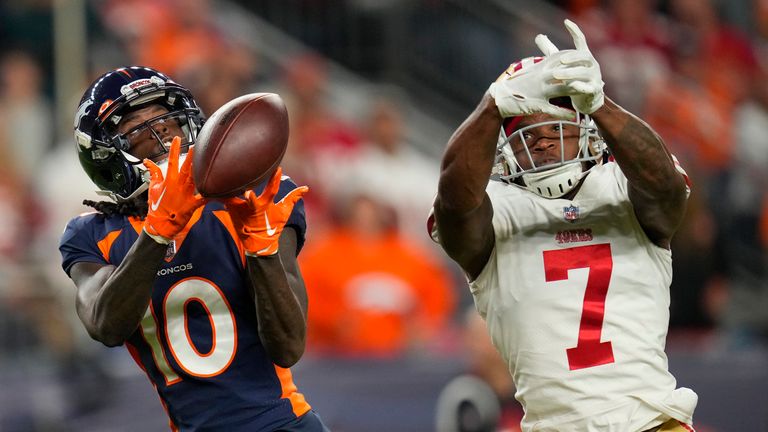 Turner worked as running backs coach of the Denver Broncos for all 14 seasons of Mike Shanahan's reign as head coach from 1995-2008, and reunited with him in Washington from 2010-2013 as part of a coaching staff that had also included Kyle, now-Green Bay Packers head coach Matt LaFleur, now-Rams head coach Sean McVay and now-Miami Dolphins head coach Mike McDaniel.

He later worked with Kyle Shanahan at the Atlanta Falcons from 2015 to 2016 before following him to California upon his appointment as 49ers head coach in 2017, the pair having since orchestrated one of the most innovative and multi-faceted run games in the NFL. It was only natural for his brief absence to leave something of an unusual hole.

"It was really weird for me," said Shanahan. "I have little things I always mess with Bobby on. Anytime I have an awkward time in a meeting, I just make a Bobby T joke or call him out on something and we kind of just make everyone laugh and not having him there has been awkward.

"I always start with every meeting, addressing him, stuff like that. So just things that you get used to that. For me, it started for all those years in Washington I was with him and then same thing with Atlanta and being here with him the last five years, so it's a really nice to get him back." "Just helping in every way. I mean Bobby, he's been around a lot. He'll tell you he's been around about 80 years coaching," joked Shanahan. "I think it's 45, but no, we got a great running backs coach in Anthony [Lynn].

"Anthony who was coached by Bobby, so their relationship is great. They got a lot of love for each other and I just like Bobby coming around and getting on everybody on every little detail the way he does, so it's not just the runners, it's the receivers, it's the quarterbacks, it's everybody. And I think everyone's glad to have Bobby in here."

The 49ers are currently slim at running back heading into their Week Four matchup following injuries to Elijah Mitchell and Ty Davis-Price, while lane-clearing left tackle Trent Williams is also sidelined with an ankle issue.

It leaves Jeff Wilson, who had 12 carries for 75 yards in last weekend's 11-10 defeat to the Broncos, as the lead option out of the backfield alongside the all-purpose role of self-titled 'wide-back' Deebo Samuel. 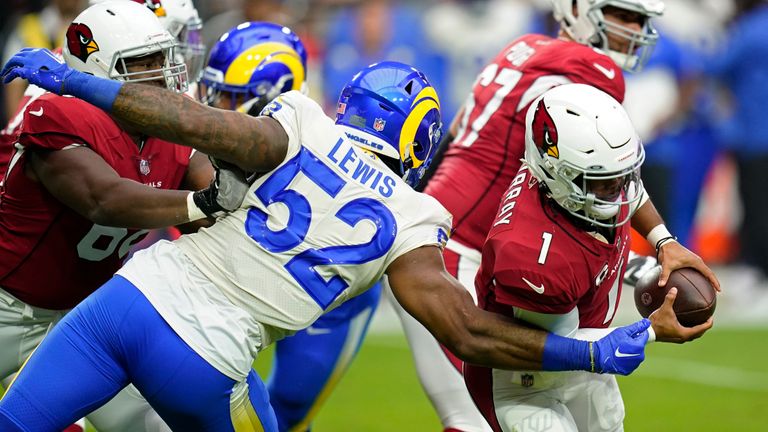 Jimmy Garoppolo will start under center again following the loss of second-year quarterback to a season-ending ankle fracture, while George Kittle plays his second game of the campaign as a chief upholder of the Niners ground game.

Monday marks the first time the teams have faced off since the Rams edged out the 49ers in last season's NFC Championship Game on their way towards winning Super Bowl LVI with victory over the Cincinnati Bengals.

The Rams arrive looking to snap a seven-game regular-season losing streak in the matchup.

Watch the Los Angeles Rams (2-1) visit the San Francisco 49ers (1-2) in Monday Night Football live on Sky Sports NFL from 1.15am in the early hours of Tuesday morning.