Jason Bell also hailed the leadership of New York Giants quarterback Daniel Jones, who has been praised by teammates after recovering from an ankle injury to get himself ready to face the Green Bay Packers at Tottenham on Sunday.

The New York Giants arrive in London having discovered their identity amid a winning start to life under first-year head coach Brian Daboll, says Jason Bell.

After five straight losing seasons for the organisation, the former Bill Belichick and Nick Saban mentee inherited a team in dire need of direction. The early signs have been encouraging.

"I love their culture right now and Brian Daboll has brought that culture," said Bell, who previously spent time with the Giants. "They have great ownership, but the leader is the coach and what he's doing and what he's bringing is allowing these players to be themselves on and off the field and that's very important.

"They have their identity. People weren't sure what the identity of this team was going to be, but they have it.

"Saquon Barkley is running like a man on a mission and of course I'm biased to the New York Giants, I want them to come out here and flat-out ball out.

"With Brian Daboll they're in good hands because of him and his creativity as an offensive play-caller, but also a leader." Big Blue's bright start to the campaign has been built on a rejuvenated Saquon Barkley, who leads the league in rushing yards and appears to have rediscovered the one-step explosiveness of his rookie year, along with an exotic Wink Martindale-inspired blitz-heavy defense.

A contract year for quarterback Daniel Jones has seen his receiving core marred by injury thus far, with 2021 marquee free agent addition Kenny Golladay, second-year Kadarius Toney and rookie Wan'Dale Robinson all out of Sunday's game. Richie James is tied first on the team with Barkley in catches (15) and leads the Giants in receiving yards (155), while Jones himself has 193 rushing yards for two touchdowns from 31 carries.

Left tackle Andrew Thomas is currently PFF's highest-graded player in the entire NFL, though the Giants offensive line as a unit remains a work in progress having surrendered 14 sacks so far this year as rookie right tackle Evan Neal adjusts to life in the pros.

"One thing I love about Daniel Jones, it's hard to be the quarterback in New York, but he makes no noise, he just goes on the field and tries to lead this team however he can.

"I think if he can still move around and be effective with his legs running the ball, with Saquon Barkley, that's a two-headed monster and hopefully they can gain enough yards to get a win."

Daboll's role in the transformation of Bills quarterback Josh Allen was among the chief selling points upon his arrival in East Rutherford, the hope being that he can have a similar impact on Jones in what is a potential make-or-break year for the former first-round pick.

The Giants play-caller, while short of proven receiver options, is 67 of 105 passing (63.8 per cent) for 631 yards and three touchdowns to two interceptions so far this season, and enjoying life under Daboll.

"He's been great for me, having an offensive-minded head coach has been fun as a quarterback and learning the game from his perspective," Jones said of Daboll on Friday.

"He's had a lot of experience to share and I've learned a ton from him. I think his system is one that fits us well as a team, it gives us a lot of options, it allows us to move guys around and get guys in different spots and do what they do best." 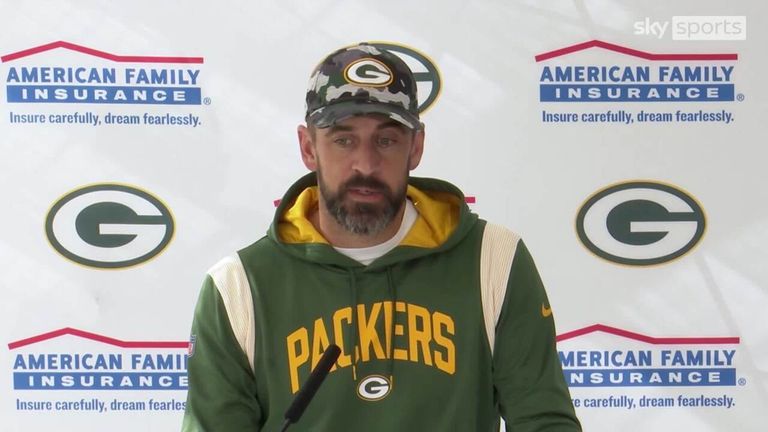 Jones is primed to start at Tottenham after nursing a sprained left ankle he suffered during last weekend's win over the Chicago Bears. In doing so he has seemingly earned respect from his teammates.

"It pumps you up a little bit showing that your brother is fighting for you even though he's wounded. Just always have his back, and the way you have his back is doing your job and playing well."

Barkley added that it "speaks volumes" when a team's quarterback shows a desire to play through discomfort as Jones has this week. 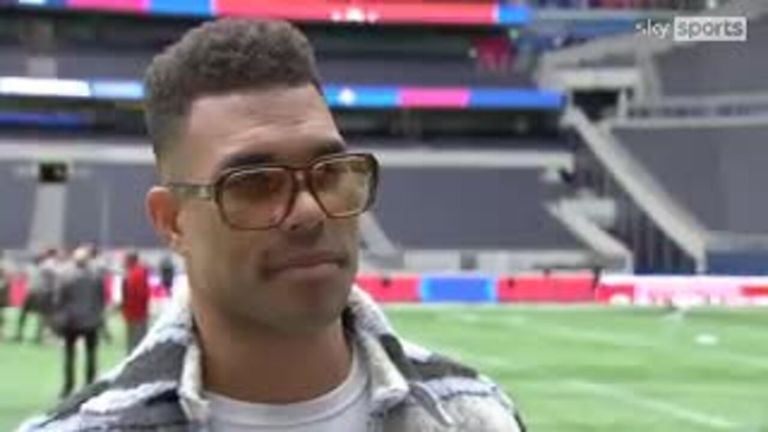 Sunday will see the Packers play a regular season game in London for the first time in NFL history, becoming the 32nd and final NFL team to tick off the transatlantic business trip.

Awaiting them will be one of the UK's largest NFL team fanbases, such is the franchise's celebrated history.

"One of the first franchises, right," said Bell. "The Lombardi Trophy, the championship trophy is named after their coach. Historic franchise, fans travel everywhere, the only team owned by its fans.

"They've always had great quarterbacks, the quarterback they have right now Aaron Rodgers, two-time MVP winner and people have been wanting them to come over here, they've never been so people are so excited.

"I'm waiting to see how this fan base reacts when they run out on the field, it's going to be deafening."