Two of the best young quarterbacks in the NFL, Patrick Mahomes and Josh Allen, go head-to-head on Sunday as the Kansas City Chiefs host the Buffalo Bills, live on Sky Sports NFL.

The game picks for the Week Six double-header live on Sky have been announced, with the San Francisco 49ers (3-2) travelling to the Atlanta Falcons (2-3) in the opening game of the evening - kick-off at 6pm.

Neil Reynolds will be joined in the studio by Jason Bell and a pair of Super Bowl winners in Torry Holt and Will Blackmon, while we'll also be hearing from Phoebe Schecter and Sky Sports News' Danyal Khan at a 49ers fan event in Leeds where former Leeds striker Jermaine Beckford and San Francisco player Joe Nedney will be among those in attendance.

Then, following on from the action in Atlanta, is the latest meeting of Mahomes and Allen. These two superstars of the sport have met three times previously, with Mahomes currently holding a 3-1 advantage, including most recently and most crucially an epic 32-36 overtime triumph in last year's divisional round of the playoffs. 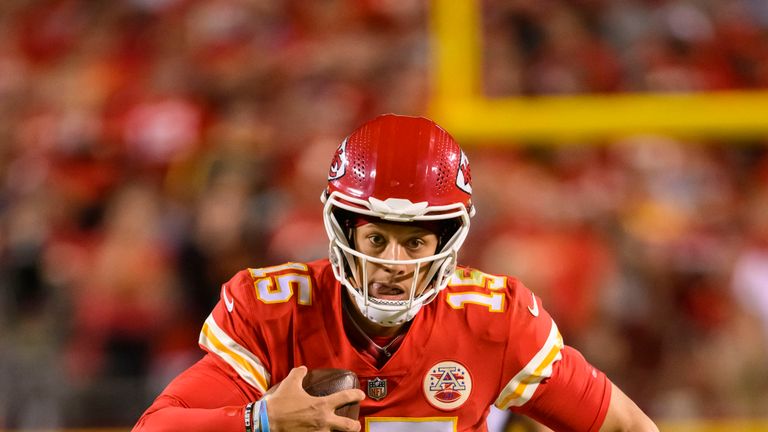 Allen threw for a staggering 329 yards and four touchdowns in that game and still came out on the losing side, while Mahomes had 378 passing yards and three TDs - and famously got his team in position for a game-tying field goal with only 13 seconds left on the clock after the fourth of those Allen TDs had earned Buffalo a late three-point lead.

Mahomes and the Chiefs were ultimately victorious in overtime, scoring on their first possession, with Allen left helplessly watching on from the sideline. 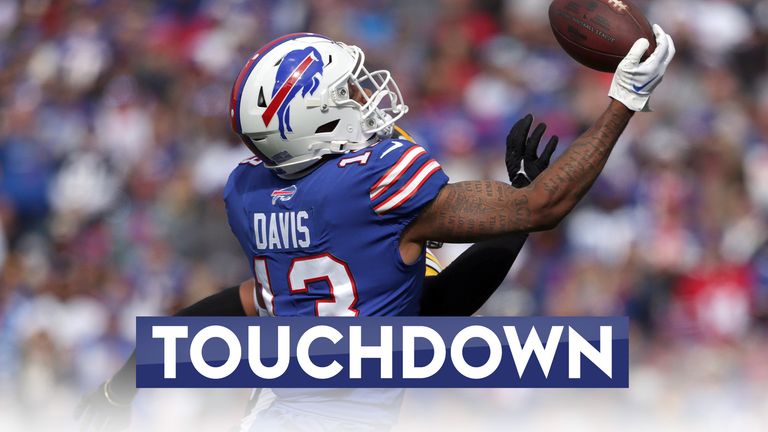 The two quarterbacks, and both teams, have started this season in similarly explosive fashion, the Chiefs and Bills both 4-1 through the first five weeks going into their latest monumental matchup. Watch it live on Sky Sports NFL from 9.25pm.

Rounding off the Sunday night triple-header, we join our friends at NBC for Football Night in America and a classic Sunday Night Football encounter, as the last remaining undefeated team in the NFL, the Philadelphia Eagles (5-0) host their bitter NFC East rivals, the Dallas Cowboys (4-1), who come into the contest fresh from their own four-game win streak - kick-off is at 1.20am early on Monday morning.

Elsewhere, the Week Six action gets under way with the traditional Thursday night fare as the struggling Washington Commanders (1-4) head to the Chicago Bears (2-3), both teams desperate for a victory to keep their fading hopes for this season alive. It's live on Sky Sports NFL from 1.15am, Friday morning.

Then, on Monday night, Week Six concludes with the Denver Broncos (2-3) on the road at the Los Angeles Chargers (3-2) in another key divisional clash, this time in the AFC West. Watch it live on Sky Sports NFL from 1.15am, Tuesday.