The NFL has extended its agreement to play regular-season games at Wembley for an additional five years, meaning that at least two games per year will be played at the national stadium until 2020.

Sunday promises to be a monumental day of coverage

The Jacksonville Jaguars, who have already committed to playing one game in London per season through to 2016, will continue to play annually at Wembley every year throughout the agreement.

The NFL - which also has the option to extend the agreement for an additional five years beyond 2020 - has staged International Series regular-season games at Wembley since 2007 and is playing three games there in 2015 for the second consecutive season. The Jaguars' home game against the Buffalo Bills on October 25 will be the 13th game played in London.

"It is very exciting to be making this announcement in the same week that we will reach one million fans for the International Series in London."

Earlier this year, the NFL announced an agreement to play a minimum of two games per year during a 10-year partnership at Tottenham Hotspur's new state-of-the-art stadium, due to open in the summer of 2018.

"To be playing in Wembley, the national stadium, and at Tottenham, in what will be London's newest stadium, is fantastic. 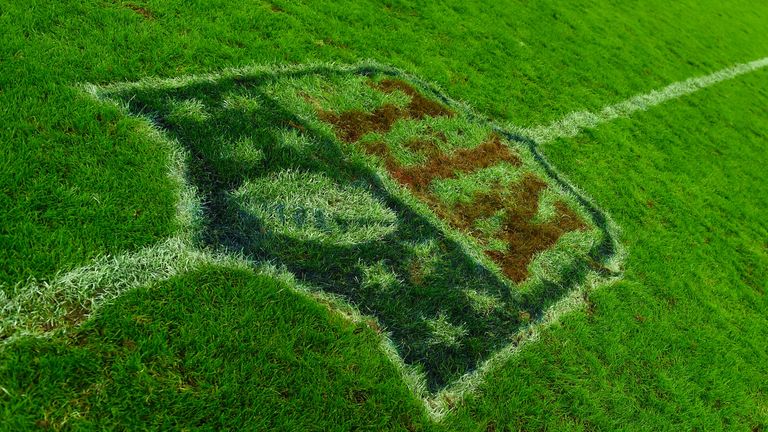 These agreements reiterate the NFL's commitment to the UK, with two stadium deals running concurrently.

"We are very appreciative of the Jaguars extending their commitment to the UK market, which emphasises the club's and league's strong ambition to continue to grow the fan-base for NFL football beyond the borders of the United States."

The Jaguars are in the third year of a four-year commitment to play one home game in London per year and have extended that agreement to 2020.

Jacksonville Jaguars Shahid Khan said: "Our four-year London initiative has been every bit as rewarding as we anticipated, certainly in large part to the league's commitment to the UK and the world class experience that Wembley Stadium has provided the Jaguars, our fans and our partners.

"Our interest in extending our agreement to play a home game each season in London is nothing new.  So, we're very happy to make it official.

We look back on some memorable NFL showdowns in London

"This is great news for the Jaguars and the stability of the team in Jacksonville, which has come to embrace London as our home away from home."

Wembley Stadium hosted the first International Series game of 2015 on October 4 between the Miami Dolphins and New York Jets before a sellout crowd of 83,986. Following the Buffalo-Jacksonville game on October 25, the season's final London game will be between the Detroit Lions and Kansas City Chiefs on November 1.