The Patriots pair claimed the Super Bowl at last season's conclusion - their fifth each - leading Hall of Fame quarterback Warner to bestow the highest possible praise on them.

Asked about the 39-year-old Brady, Warner told Sky Sports News HQ: "He's the best ever. I believe he's the best in the NFL right now. There's a lot of players that have played great for a long time but nobody who has played as consistently, for as long, at the level of Brady. 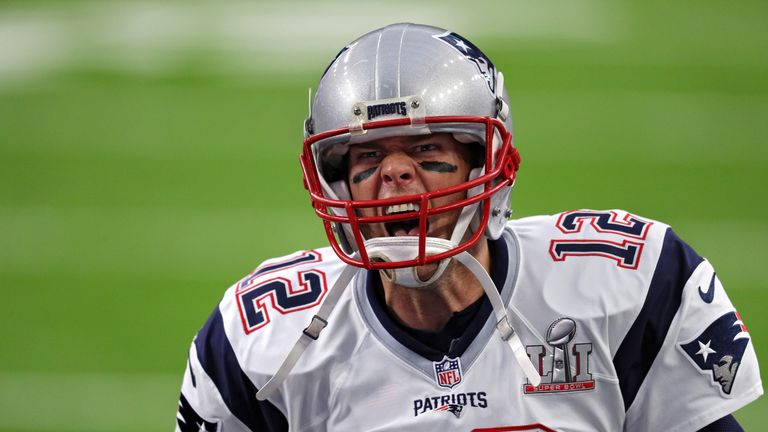 I'm not saying he's only got one or two more years because he's shown us time and time again that he goes against the odds.

"To be part of seven Super Bowls - some guys don't ever get there once - it's unheard of. We used to think 40 was the number when you had to get out.

"Is he going to be the first quarterback to play until he's 43, 44, 45 at that high level? I'm not doubting him. I'm not saying he's only got one or two more years because he's shown us time and time again that he goes against the odds."

Upgrade and get 12 months for just £18 per month

Brady has spent all 16 seasons of his NFL career with the Patriots under the stewardship of head coach Belichick, whose organisation of the team's defence is the key to their success, believes Warner.

"Brady sometimes overshadows Belichick," Warner said. "The quarterback gets so much love but if you look at the success that the teams have had, the underlying team is how good the defence has been.

"Who are the names on that defence? You can't name very many. That just speaks to how great Belichick has been. Different pieces, different parts. He needs how to bring in talent that can run his system, he knows how to utilise those strengths and he knows how to design a defence that's different every week.

"You sit back in awe - what are they doing over there? NFL is the ultimate team game, it's not just about two guys. You need a lot of moving parts."