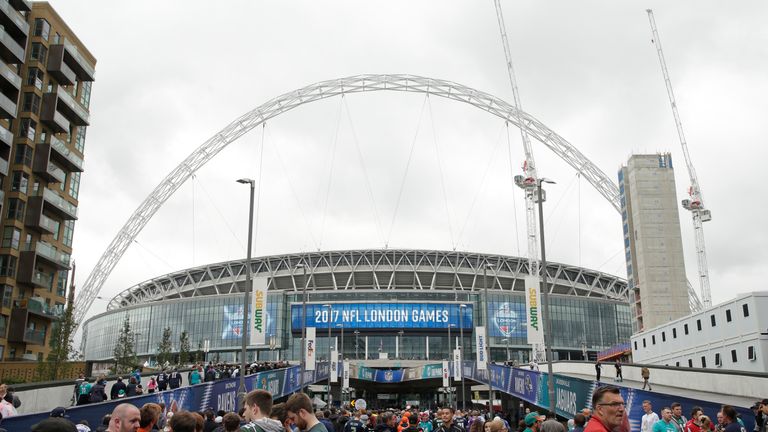 NFL executive vice-president Mark Waller has told Sky Sports that London is still on track to host a franchise by 2022.

In 2017, Waller said it was "realistic" for an NFL team to make a permanent move to England's capital in the next five years, and the executive vice-president confirmed on Wednesday that he feels "great" about that time frame.

Speculation over an NFL franchise in London has soared in the last twelve months with Fulham and Jacksonville Jaguars owner Shahid Khan offering the Football Association £800m to buy Wembley Stadium.

Waller believes that a combination of fan demand, stadium infrastructure and government support could help generate team on this side of the pond, but admitted that the long-haul travel may be an issue.

"I feel great about the time frame," he said. "Everything we've seen from the demand on the fan side to the stadium infrastructure that exists, the government support that we have. All of the indicators are incredibly positive.

"The one thing we can never test for is whether a team based here would be able to cope with the incremental travel back and forwards. If and when it happens, that will be a learning we'll get then.

"I think the great thing here is that the market is ready, the fans are ready, the stadiums are ready. As and when our ownership decide that's a move they would like to make, we're ready to go.

"The fan response has been extraordinary, as you'll see in the next three weeks with three sold out games." The Raiders v Seahawks game was due to be played at the Tottenham Hotspur Stadium but was moved to Wembley as the Premier League club's new home is still under construction after a series of delays.

"Massively disappointing for us, even more so for Tottenham," Waller said. "We've worked really hard with them on the whole planning of the stadium, obviously we are an investor, so definitely disappointing. It will be the finest in Europe once it's open."

When asked about Khan's interest in buying Wembley, Waller added: "We've not really talked at all at what the future might hold.

"It's a huge potential asset for Shahid and what he's trying to build around the world. We'll get into details once and if the acquisition is approved."