NFL Predictions Week Five: Jeff Reinebold regains some ground on Neil Reynolds but can he keep the comeback going?

Join Neil Reynolds and co from the Tottenham Hotspur Stadium on Sunday for the NFL International Series game between the New York Jets and Atlanta Falcons, live on Sky Sports NFL from 1.30pm (Kick-Off, 2.30pm)

Jeff Reinebold regained some ground on Neil Reynolds last week, but can he keep the comeback going as they make their NFL predictions for Week Five?

After a low-scoring affair in Week Four, Jeff (9) edged out Neil (8) to eat into his lead and reduce the gap to three points, at 42-39, heading into Week Five.

Click on the link below to listen to this week's ITH podcast, and read on to see Neil and Jeff's Week Five predictions...

"These two teams have only one win each, but I think we're set for a sneaky good game in London on Sunday!

"The Jets were very competitive last week, and notched their first win, and Atlanta looked good for long spells of their game against Washington but just couldn't see it through.

"It's a tough one to call, because I do think the Jets are playing really hard for their new coach Robert Saleh, but I'm going for the Falcons." "I think this is going to be a great game! It's going to be fun to watch the rookie quarterback Zach Wilson slinging it around for the Jets. And, this may shock and amaze you, but I'm going to take them to win."

"This is a tough one. Two 3-1 teams, who would have thought that? The Joe Burrow factor is real in Cincinnati, but Aaron Rodgers is still Aaron Rodgers and it's still a very good roster in Green Bay - so I'm going with the Packers."

"The Bengals are shocking a bunch of people, and obviously they are much better - Burrow is having a really nice year and Ja'Marr Chase has been a really nice addition to that team - but I still think Green Bay come out of this one with the win."

"There is some hope there for the Giants: Daniel Jones went over 400 yards in their win over the Saints last week, Saquon Barkley had two touchdowns. But I'm picking Dallas to win this one. They're one of the best teams in the NFL right now."

"I really like what is happening in New York. The Giants have got a little bit of that toughness that Joe Judge said he was going to bring in his initial press conference, but Dallas are just too talented.

"Everyone has always talked about how nice the Cowboys are on paper and how bad they are on the grass, well this team is starting to get their act together on the grass, especially on defense." 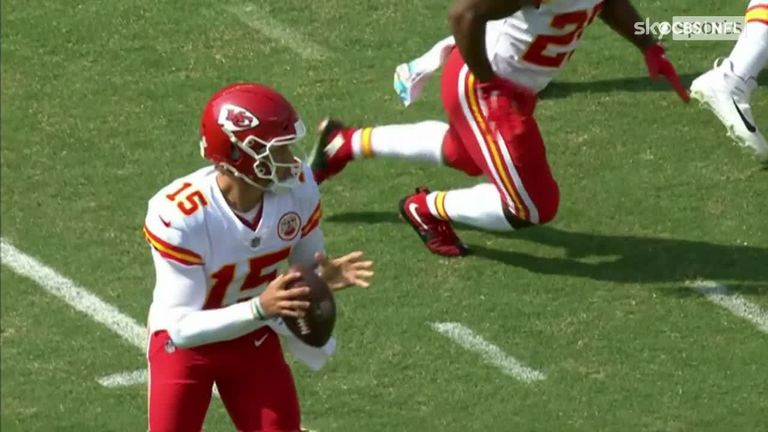 "This could be a classic! The Bills have got it rolling with their last three wins, putting up 35 points against Miami, 43 against Washington and then 40 again versus Houston on Sunday. But Kansas City flexed their muscles too with five touchdowns for Patrick Mahomes against the Eagles.

"I'm picking Buffalo, though, to win at Arrowhead. I think they're for real; they're my Super Bowl pick, so I'm backing them here."

"How about this game! If you like your quarterback matchups, we've got two of the best in the league in this one.

"But look at the teams in totality: the Chiefs still aren't playing clean football, while Buffalo's defense is playing really well, so I'm taking the Bills too."

"It hasn't always been pretty from Baltimore, but they've got themselves to 3-1. And I'm picking them to win this one on Monday night."

"I think the Ravens too. Because their defense has been playing better, and that was the concern I had with Baltimore early in the season. 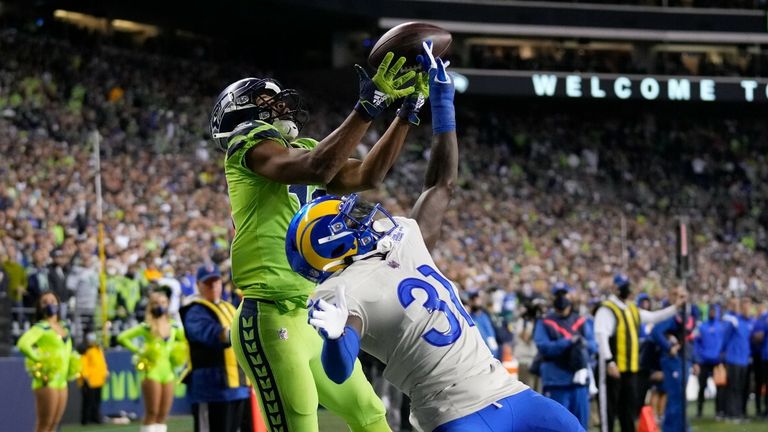 "I'm going to back the Rams to bounce back from their loss last week to the Cardinals. Seattle won against San Francisco but they got dominated for the majority of that game."

"I'm taking the Rams to bounce back too. The Seattle defense still scares me."