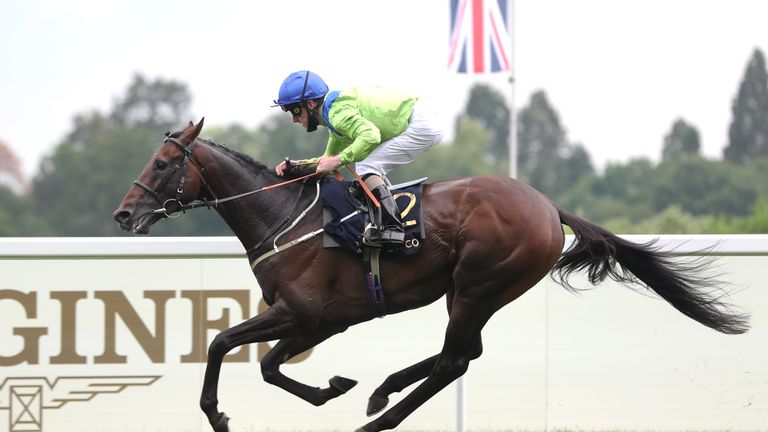 Subjectivist's trainer Mark Johnston says that winning the Gold Cup at Royal Ascot is 'the pinnacle' after beating Stradivarius.

Trained by Mark Johnston and ridden by weighing-room stalwart Joe Fanning, the 13-2 chance was always prominent and powered home unchallenged, with Stradivarius fading to fourth after gallantly trying to make up ground under Frankie Dettori once getting a clear passage.

Princess Zoe was second at 28-1, with Spanish Mission third at 7-1.

"He's been a great horse this year, even last year," Fanning said.

"I always thought it would take a very good one to get by him.

"In Dubai on that good ground (when winning the Dubai Gold Cup at Meydan in March), he was always doing his best work near the end. I never thought that was an issue, he'd go on any ground.

"It's great for the yard. Dr Jim (Walker) is a brilliant owner, he's been with us for years, even when they run bad, he's very good."

"I couldn't say (we were) confident, more hopeful," Johnston said.

"I thought he was the best horse we've taken Stradivarius on with, but we had a scare just after the Dubai race, so he missed quite a bit of work after that.

"Then he fell on the road in Middleham just the other day - you'll see his knees and his hocks are skinned - so we've had a few scares along the way.

"Normally we'd have had a race in between, but we've gone in there and it's probably good that the rain held off and the ground remained fast, you don't see performances like that on soft ground.

"It's a sad day for Stradivarius. I know what it feels like when a champion like that goes under, but it was going to happen one day and I'm just glad it was us who did it."

John Gosden, trainer of Stradivarius, said: "It didn't go to plan. I thought the winner was most impressive, but we were a long way back, had the filly beside us and couldn't get out."

Princess Zoe ran a huge race, despite pre-race worries about the fast ground.

Her trainer Tony Mullins said: "Everything will revolve around the Prix du Cadran, with whatever presents itself beforehand.

"I think we've been beaten by a great champion, and she's run the race of her life.

"The owners have expressed a view to consider the Cheltenham Festival. She's jumped a few and seems to enjoy it, but it's whether her legs would stand it and it's just a thought."