Ken Condon's Laws Of Indices was a determined winner of the Group One Haras d'Etreham Prix Jean Prat at Deauville; the colt was claiming his first win of the season after Royal Ascot fifth in the Commonwealth Cup 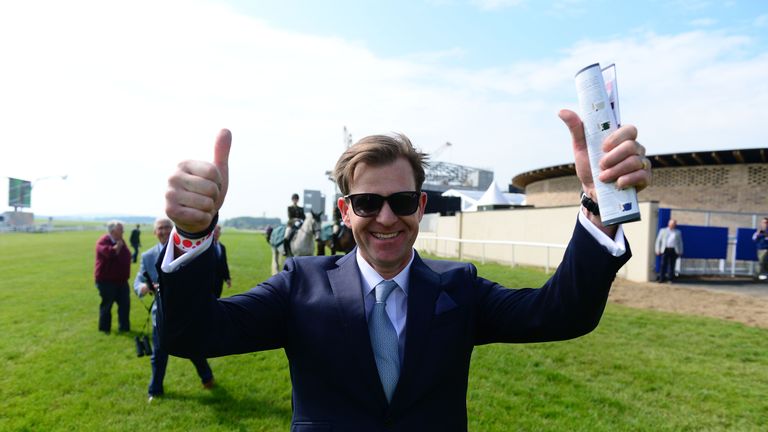 Ken Condon's Laws Of Indices was a hugely-determined winner of the Group One Haras d'Etreham Prix Jean Prat at Deauville.

Olivier Peslier had Laws Of Indices prominent throughout in the centre of the course and then held off a series of challengers on all sides in the final two furlongs to win at 28-1, leading home an Irish one-two by a head from Joseph O'Brien's Thunder Moon.

For County Kildare trainer Condon, this was a third Group One victory - following Romanised's successes in the 2018 Irish 2,000 Guineas and 2019 Jacques le Marois at this course.

Laws Of Indices had to be very tough, stepping back up in trip and winning for the first time since springing an even bigger surprise in the Group Two Railway Stakes at the Curragh 12 months ago.

He proved himself again, though, to see off Thunder Moon - with Andre Fabre's joint-favourite Midtown another length and a half back in third.

Condon told Sky Sports Racing: "He got a masterclass from Olivier, there's no other way to describe it. He actually sent me a few photos of the track and the strip he was going to go on. It just shows the professionalism and homework.

"He got his fractions just spot on and he had a willing partner who has very tenacious at the finish."