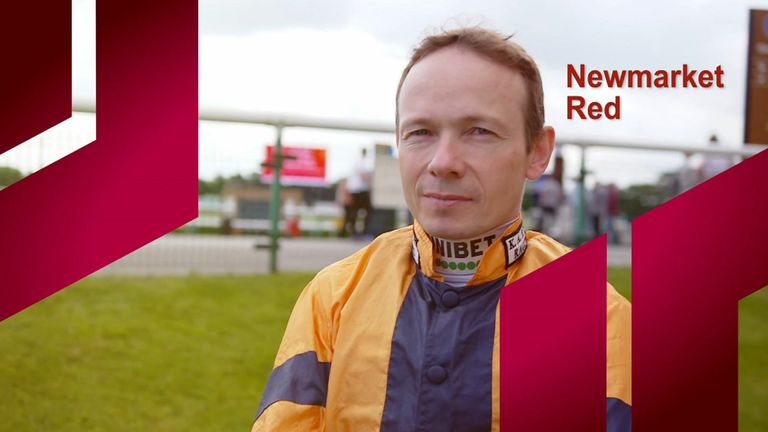 Frankie Dettori will be the headline act of Team Newmarket Red in this summer’s Racing League, backed up by a seriously strong support group.

Dettori, 55, is an absolute legend of the sport, riding over 250 Group One winners over three decades in the saddle and continues his successful partnership with John and Thady Gosden.

The Italian was a hero of team-mate Luke Morris, who lines up alongside Jamie Spencer in the ground-breaking team competition.

"Frankie is a good guy and he was very much my hero growing up so it's great to be on a team with him. He's having a wonderful season, as always.

"Jamie Spencer is a good friend and he brings a wealth of knowledge to the team.

"We are backed up by some strong trainers. John and Thady Gosden will hopefully have some smart horses for the team.

"David Simcock and Robert Cowell, who I ride for regularly, are bound to bring some nice horses and some sprinter types, as will my boss, Sir Mark.

"It's a really exciting team and we've got plenty of strength in depth. Hopefully there will be some nice handicapped horses in there as the prize money is fantastic. If we can get a slice of the pie it'd be great.

"Having something to look forward to every Thursday will be great and I'm sure the public will feel the same. Each Thursday, hopefully they can tune into Sky Sports for something a bit different."

"Luke is a fantastically consistent rider, who works extremely hard and has lots of winners all year round. He'll be a good asset to us.

"We've got an array of trainers. Frankie will know the Gosden horses well and Cowell's are generally sprinters so that'll help in that area."