Aidan O'Brien has won the Doncaster Group One with the likes of Camelot, Magna Grecia and Saxon Warrior; Luxembourg remains unbeaten after winning the Beresford Stakes at The Curragh last time out; watch the Vertem Futurity Trophy live on Sky Sports Racing 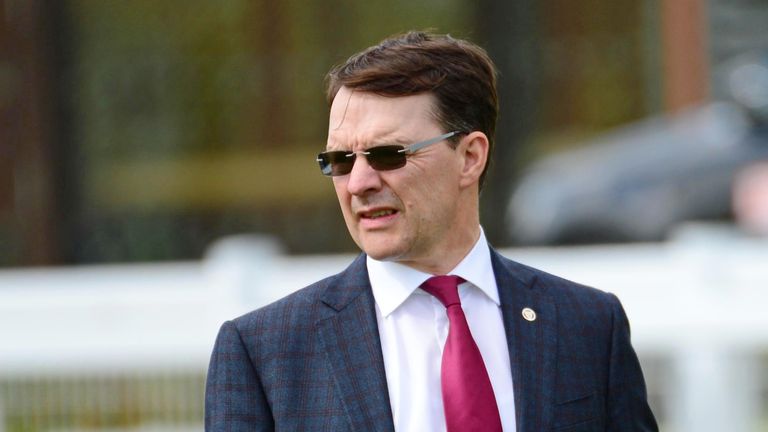 Ballydoyle maestro Aidan O'Brien has declared himself 'delighted' with star two-year-old Luxembourg as he goes in search of a tenth Vertem Futurity Trophy this weekend.

Luxembourg won at Killarney on debut before putting away a decent field - including 102-rated Manu Et Corde - in the Group Two Beresford Stakes at The Curragh last month.

That lined the two-year-old colt up for a crack at the Group One Vertem Futurity Trophy at Doncaster, a race the Ballydoyle handler has won on nine occasions throughout his training career.

"Obviously we were delighted when he won first time up at Killarney," O'Brien said. "He was very green on debut but he won very nicely and the plan was always to go to the Beresford Stakes with him after that.

"He relaxed and won very nicely so everything we've asked him to do so far he's done.

"He travels easily through his races and seems to find things easy. He's a natural really but he's a big scopey horse with a lot of quality to look at him.

"When Camelot went for this race he only had one run and this fella has had a run in between. He quickens up well and has a bit of class with a bit of a turn of foot."

Luxembourg is bidding to follow in the hoofprints of racing stars such as Camelot, Saxon Warrior and Magna Grecia, who have all won this race on the way to 2000 Guineas success the following season.

"Doncaster is a very prestigious race and it's a flat mile so they have to have quick feet and stay as well," O'Brien added.

"It's good for an education with a view to next year and you get a good clean picture about whether you can go for the Guineas or not for next year.

"It's a good, strong competitive race with horses who have plenty of form and plenty of experience really."