Breeders' Cup: Aidan O'Brien confident Love could bounce back to her best in Filly and Mare Turf at Del Mar

Love 'fresh and well' ahead of run in Filly and Mare Turf at Del Mar on Saturday; Aidan O'Brien happy with Mother Earth's draw in Mile race, while Bolshoi Ballet could still get into the Turf; watch the Breeders' Cup live on Sky Sports Racing on November 5-6 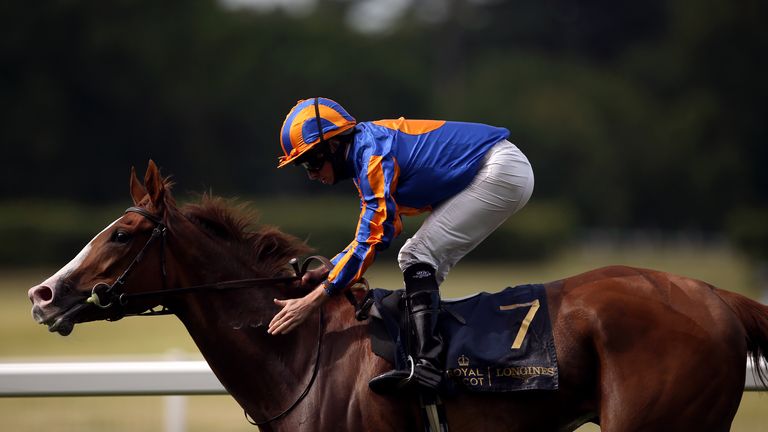 Matt Chapman caught up with trainer Aidan O'Brien to get the latest on Love ahead of her run in the Filly and Mare Turf at the Breeders' Cup on Saturday, live on Sky Sports Racing

Aidan O'Brien is in confident mood as he sends a small but select team to the Breeders' Cup this weekend, live on Sky Sports Racing.

The Irish trainer will be represented by Love in the Filly and Mare Turf on Saturday as the four-year-old attempts to get back to winning ways for the first time since Royal Ascot.

Love, 1000 Guineas and Oaks winner in 2020, has failed in three attempts since taking the Prince of Wales's Stakes on her first start this season, finishing third in the King George and Juddmonte before a disappointing second in the Group Two Blandford Stakes at the Curragh in September.

"For her to win a Prince of Wales first time out was very difficult," O'Brien told Sky Sports Racing. "That form is there.

"Her next couple of runs were a little bit below par, but we would say that was maybe because the pace was bit messy and she likes an even pace.

"After that, she had a prep for the Arc, and it was treated as such, but we were very happy with that run. She nearly ran up to her top rating to be second.

"She's fresh, she's well and will like the fast ground. The track and the mile-and-three-furlongs won't be a problem.

"She's a lovely filly and we're delighted to have her here."

Mother Earth is set to make her ninth appearance of the season in the Mile at Del Mar after pleasing O'Brien with her effort in Group One Queen Elizabeth II Stakes on Champions Day at Ascot, when back in fifth.

The three-year-old, this year's 1000 Guineas winner, is drawn in stall nine for Saturday's Group One. 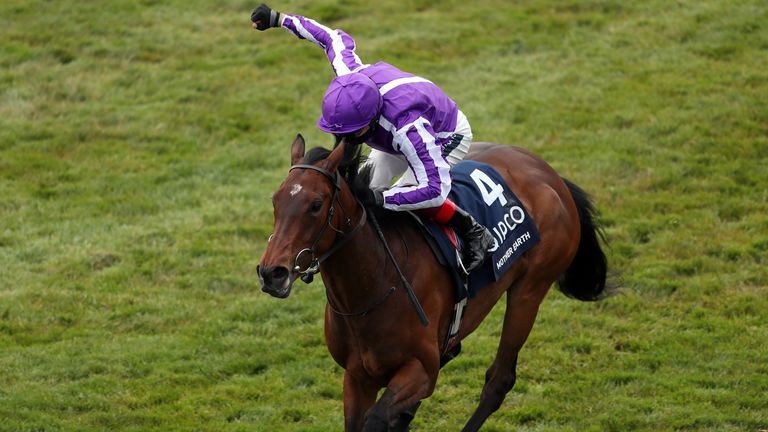 O'Brien is happy with Mother Earth's draw in the Breeders' Cup Mile and says, with a little luck in running, anything could be possible on Saturday

"She's been unlucky and it's possible that her last run could be her best," O'Brien said.

"She was caught out the back off a very slow pace at Ascot and still finished best of all. Her last two furlongs were faster than any other horse, so that's a great sign.

"She's a tough, hardy and consistent filly who travels and quickens well. She can be a little at the mercy of the pace sometimes and if it's slow up front, then it can be hard to come from where she does.

"She hasn't got a bad draw, maybe a little lower might have helped her. She's going to be very competitive and if she had a little bit of luck, and Ryan [Moore] was able to get a good position on her, then it's very possible anything could happen."

O'Brien and his Ballydoyle team are still waiting to finalise their runners in the Turf, with first reserve Bolshoi Ballet needing one entrant to withdraw before the weekend.

The former Derby favourite, who finished fourth at Belmont last time, could end up replacing one of his stablemates Japan or Broome.

Asked if he thinks Bolshoi Ballet will get into the race, O'Brien said: "It's very possible. Obviously one of ours or something else would have to come out but we'll assess it every day.

"He's well used to American racing and is hardy. He's missed his last few targets, but that might not be a disadvantage because he's fresh and well."

On Japan, O'Brien added: "He's a Juddmonte winner and we know how hard it is to win that.

"His last two runs have been way better than anybody thinks. Ryan [Moore] rode him in second last [at Saratoga] and he just got chopped coming off the bend but came home very well. Wayne [Lordan] rode him the last day [at Belmont] and he got chopped twice. They are legitimate excuses."