The Colin Tizzard-trained Lostintranslation was disappointing last season, having won the Betfair Chase and finishing third in the Cheltenham Gold Cup in the 2019-20 campaign; he returns to form for the resurgent Tizzard yard which has enjoyed an excellent start to the season 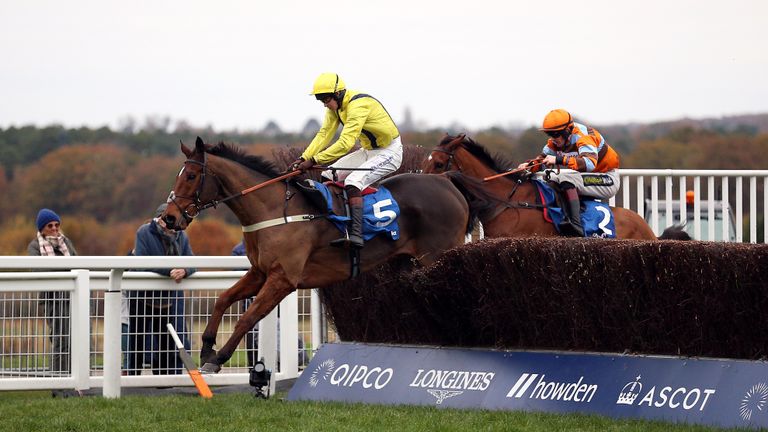 Lostintranslation bounced right back to his best with a convincing victory in the Grade Two Chanelle Pharma 1965 Chase at Ascot.

The Colin Tizzard-trained nine-year-old had a disappointing 2020-21 campaign after winning the Betfair Chase in 2019 and finishing an excellent third in the Cheltenham Gold Cup.

That coincided with a downturn in the form of the Tizzard yard, which has been resurgent in recent weeks with several high-profile victories, including the Haldon Gold Cup with Eldorado Allen and success with Fiddlerontheroof at Carlisle.

But this victory is arguably more impressive, with Lostintranslation returning to form over a trip probably short of his best.

Brendan Powell settled his mount behind the pace set by Master Tommytucker and Sam Twiston-Davies, with Dashel Drasher and Rex Dingle also competing for the lead.

But when the latter retreated, Master Tommytucker was sent for home but could not fend off the Tizzard horse, who stayed on best of all, with stamina guaranteed, to win at the finish by four lengths.

Joe Tizzard said after the race: "I was a bit nervous coming in with this one, I was sending the boys videos of him schooling and we've had a couple of away days. I wasn't going to run him half-cooked, they've got to back it up on the track and it's just lovely that's he's gone and done it and galloped right to the line.

"This is the first step to getting him back. He's got a King George entry, the plan is to get him back to the horse he was before the Gold Cup two years ago, he was a live contender and that's ultimately the plan. 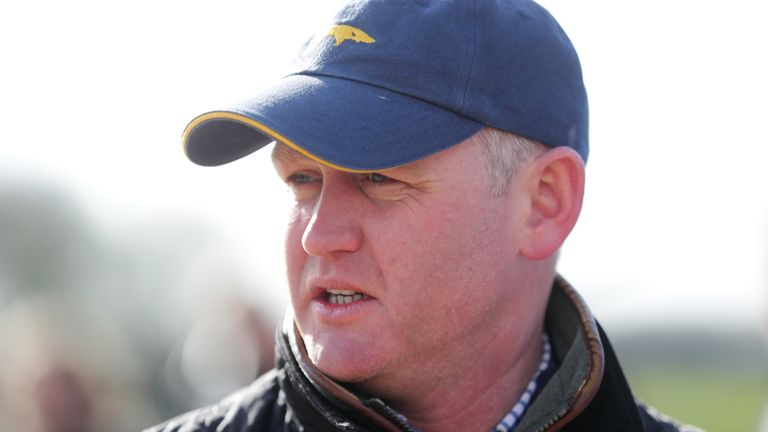 Joe Tizzard has said it is just great to have Lostintranslation back after victory in the Chanelle Pharma 1965 Chase.

"We'll see how he comes out of it and make sure we get it right so he's ready in the spring. Today was a comeback, if it didn't work today we'd be scratching our heads. He was fit for his comeback, we've now just got to keep him right for the spring."

Earlier on the card, Bryony Frost enjoyed a quickfire double in the opening two races with Flemenstide and Jeremy Pass for champion trainer Paul Nicholls.

The former bagged the opening Molton Brown Novices' Hurdle, seeing off the threat of favourite Jazz King to win by just over three lengths.

And the frustrating Jeremy Pass finally got his head in front in the Ebony Horse Club Novices' Limited Handicap Chase, winning by an eased-down four lengths.

His task was made easier by Point Of Principle pulling up on the first circuit, leaving just one opponent in Rapper for Tom O'Brien and Henry Daly.

Speaking after the second winner, Frost said: "If there's one thing Paul can do, it's find a race for a horse and build its confidence to get the winners on his career board.

"That's exactly what he did with our horse in the first, he's a lovely big horse.

"And again this lad [Jeremy Pass], it's building for the future and it's very, very exciting."

The seven-year-old mare travelled beautifully in behind the speed before hitting the front at the last and sprinting away despite hanging towards the middle of the track, defeating Jubilympics and Shantou Sunset.