Truckers Lodge in Welsh National Trial at Chepstow on Saturday, while Highland Hunter takes in London National at Sandown; Hitman and Greaneteen among five in Tingle Creek, with Il Ridoto in Henry VIII Novices' Chase 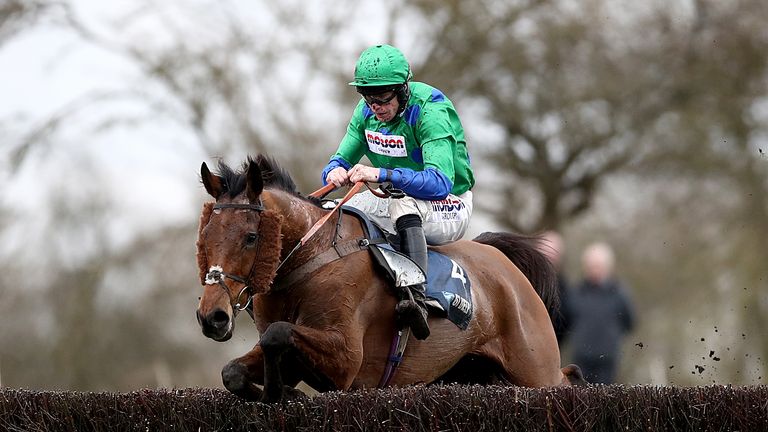 Paul Nicholls provides the latest on Welsh National hopefuls Truckers Lodge and Highland Hunter, with the pair set to run this weekend en route to Chepstow at Christmas

Paul Nicholls looks set to have a strong hand in this year's Welsh National as both Truckers Lodge and Highland Hunter get ready for a key prep run before the Christmas feature at Chepstow.

Truckers Lodge, second in the race in 2019 before going on to win the Midlands National last year, heads to the Welsh track on Saturday for the Welsh Grand National Trial, live on Sky Sports Racing at 1.22pm.

Highland Hunter was last seen finishing fifth in this year's Midlands National in March, with his seasonal reappearance delayed up until now due to a lack of rain.

Watch the Welsh Grand National Trial meeting at Chepstow live on Sky Sports Racing on Saturday, December 4, from 11.30am

He joins a strong team from Nicholl's Ditcheat yard heading to Sandown this weekend, with the eight-year-old declared in the London National.

On Truckers Lodge, Nicholls told Sky Sports Racing: "Obviously the Welsh National is his target. He's been declared to run a couple of times but the ground was too quick but hopefully, it will be okay on Saturday. That will be a prep run for the Welsh National, which he went so close to winning two years ago.

"He's dropped down the weights a fraction but I would like to see him a bit lower than he is. It's ridiculous. He won the Midlands National by a long way in attritional ground and ended up going up 14 pounds so he was never going to win anything last season. It's ludicrous, a knee jerk reaction.

"We're hopeful he can get back to a mark he can win off again. Lorcan [Williams, jockey] knows him well and three miles might be a little short for him on Saturday but we have got to get a run into him and then he's got a month until the big one.

"[Highland Hunter] runs at Sandown over three-miles-and-five-furlongs. Again, it's a prep race for him for the Welsh National and he's got a nice weight for it at the moment at 10st 5lbs.

"He ran very well in the Midland National last season with a rushed preparation to get the three runs to qualify.

"He's been ready to run for a while and just needs to go somewhere before the Welsh National.

"Those type of stern races will suit him very well. He won't mind the distance or the ground if it's the normal attritional ground on the 27th."

Hitman and Greaneteen, who finished second and fourth in the Haldon Gold Cup at Exeter last month, take on three other rivals - Nube Negra, Chacun Pour Soi and Captain Guinness - in the Grade One Tingle Creek.

"They're both in good shape and schooled this morning," Nicholls said. "Hitman looks amazing and has come on enormously from Exeter, albeit he'll have to. He's a good horse and will keep on improving. It's a good race and he'll get a good lead.

"Greaneteen obviously loves Sandown and was second in the Tingle Creek last year. He improved enormously through the spring to win the Celebration Chase at Sandown and the decent ground will suit him.

"He was a bit keen and fresh [at Exeter] as he always is first time out. I did tell everybody that was his prep race for this. He's a lot sharper and fitter and ready to go."

"He won very well the last day but this is a different proposition in a Grade One," Nicholls said. "He's progressive and has a nice 6lb weight allowance being a four-year-old.

"He looked amazing this morning when he schooled so that prompted me to declare him. We've got nothing to lose by running him.

"You never really know if a week is too soon and you won't find out until running them."

Chepstow winner Brave Kingdom takes a big step up into graded company for the Ballymore Winter Novices' Hurdle on Friday, before a potential return to Sandown for the Tolworth Hurdle next month.

"He's a lovely horse and won very well on his debut at Chepstow," Nicholls said. "This is obviously a lot tougher but he deserves to take his chance. He'll love the ground and the track.

"If he runs here he won't go for the Challow. Stage Star will go for the Challow. This horse [Brave Kingdom] gives himself quite a hard time so if he won or ran very well, I'm not sure what we'd be thinking of next. We wouldn't be afraid of something like the Tolworth if the ground was testing."

Up at Aintree on Saturday, in the same colours of owners Kate and Andrew Brooks, Simply The Betts also faces a tougher test as he moves out of handicap company for the Grade Two Many Clouds Chase.

"It has obviously cut up a little bit with Champ and Al Boum Photo not going," Nicholls said.

"He [Simply The Betts] is a horse in no-man's land. In a handicap, he's very nearly top weight and something like this is a slightly better race but he gets no penalties. I think he is crying out for three miles but we'll see on Saturday."

Nicholls also confirmed that Next Destination will be out until new year with a setback, while Monmiral is undergoing treatment on a 'nasty cut' suffered in the Fighting Fifth Hurdle, with a potential return pencilled in for the middle of January.