Lucky Max has risen from a mark of 96 to 136 with three consecutive victories in Ireland last year and heads to Lingfield for the £100,000 Sovereign Handicap Hurdle on Friday, live on Sky Sports Racing; Gowel Road, Hudson De Grugy and Metier among the opposition to Irish raider

Irish raider Lucky Max will bid to extend his winning streak to four on the opening afternoon of the Winter Million at Lingfield on Friday, live on Sky Sports Racing.

Sean Doyle's charge has been victorious in all three starts this season, with an October success at Clonmel followed by back-to-back triumphs at Cork.

Lucky Max's hat-trick has earned him a steep rise in the weights - starting from a perch of 96 to competing off 136 in the £100,000 Sovereign Handicap Hurdle.

Watch every race of the Winter Million from Lingfield live on Sky Sports Racing, January 21-23

"He's going to Lingfield on Friday, it's a great pot," said Doyle. "He's improved loads from race to race, his hurdling has got sharper.

"Lingfield is very like Cork - it's a grand, level track and he's best on level tracks so we're very excited about going with him."

The Sovereign Handicap Hurdle is the most valuable race on Friday's card and has unsurprisingly attracted a strong field.

Lucky Max is one of three Irish challengers along with the Emmet Mullins-trained pair of Carrarea and Sevenna Star, while the home team is headed by Harry Fry's Metier - last year's Tolworth Hurdle hero. 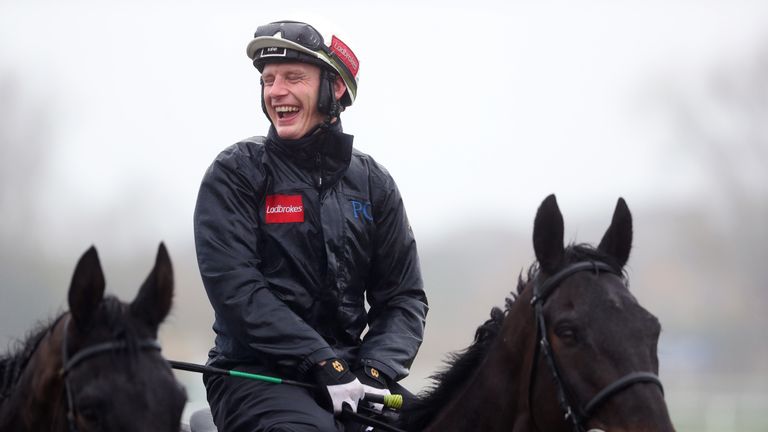 Emmet Mullins is hoping to make full use of Paul Townend on board Carrerea in Friday's Sovereign Handicap Hurdle at the Lingfield Winter Million, before the Irish rider potentially heads to Ascot with Energumene in the Clarence House

Watch every race on Clarence House Chase day from Ascot live on Sky Sports Racing on Saturday, January 22 at 12.40pm

An intriguing field of five runners are set to contest the £50,000 Cazoo Hurdle, with Nicky Henderson's On The Blind Side setting the standard on ratings. 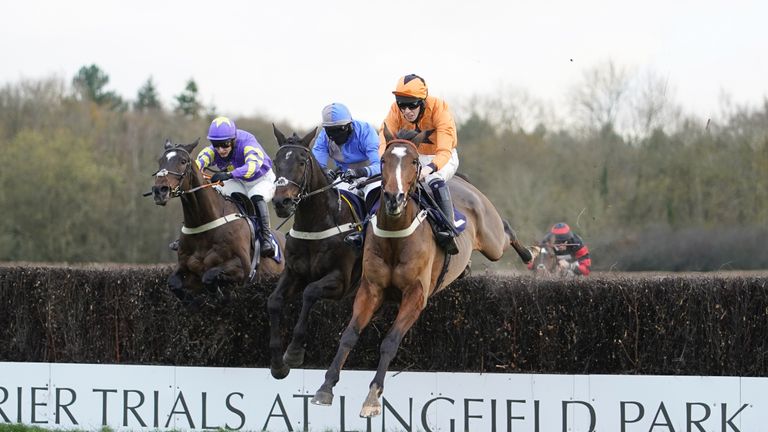 An essential guide to racing's newest festival, the Winter Million, which features £1m in prize money and action over jumps and Flat at Lingfield Park, all live on Sky Sports Racing, January 21-23

Fantastikas (Twiston-Davies) bids for a second course and distance win in the weatherbys nhstallions.co.uk Novices' Chase, with Broken Halo (Nicholls) chief among his opponents.