Lee Jewitt is set to make his bow for Championship side Widnes against last year's Challenge Cup finalists Salford, who he made over 100 appearances for, in Saturday's third-round tie; Jewitt: "Personally, it's always nice to revisit clubs you've been at and left"

When Widnes Vikings take to the field for Saturday's Challenge Cup tie against Salford Red Devils, it is set to mark an end to 16 long months without lacing up his boots in anger for Lee Jewitt.

The pandemic-enforced curtailment of the 2020 League One season saw the experienced forward leave Barrow Raiders without playing a game for the club, while injury forced him to miss new side Widnes' Cup wins over West Wales Raiders and Whitehaven, and last week's Championship opener against Newcastle Thunder.

Jewitt is raring to go again after shaking that off though and by a strange quirk of fate he is in contention to make his Vikings debut against the team he made over 100 appearances for between 2007 and 2013, not to mention one which has since gone on to reach both the Super League Grand Final and Challenge Cup final in the past two seasons.

Lee Jewitt & Oliver Brookes come in, with both in-line to make their debuts if selected. ⬇️#COYV🏁

"Personally, it's always nice to revisit clubs you've been at and left," Jewitt told Sky Sports ahead of the clash with the Red Devils at the AJ Bell Stadium. "I can't wait and it's going to be my first game for Widnes as well, which is even better.

"From a team point of view, you're playing against a Super League side and it's great. Especially for the young kids in the team, it's a great experience and one where hopefully we put our best foot forward and it leaves us in good stead for the rest of the Championship season.

"Looking at them now, I am a fan of what they do because they've got great people behind the scenes like [chief executive] Ian Blease who are doing great things. Then you've got the players on the field and they've got a great balance of age and youth in there.

"This week is a great test for us and one I will be saying to the players, let's embrace this and enjoy it. You're in the Challenge Cup against a Super League team, so let's challenge ourselves."

Jewitt is one of several players in the Widnes squad who have been all the way to Wembley in the Challenge Cup earlier their careers, with Logan Tomkins and Matty Smith lifting the famous trophy with Wigan Warriors in 2013, and Paul Clough having done so in 2007 and 2008 while at St Helens.

Unlike his team-mates though, the 34-year-old's appearance with Castleford Tigers seven years ago ended up with him on the losing team as they went down 23-10 to Leeds Rhinos.

Nevertheless, that run to the showpiece match and the experience of playing on one of rugby league's grandest stages holds plenty of happy memories for Jewitt, not least of all his try in the 16-4 quarter-final win away to Wigan.

"That was the best time of my life in my rugby league career by far and my family's, to be honest - they absolutely loved it," Jewitt said. 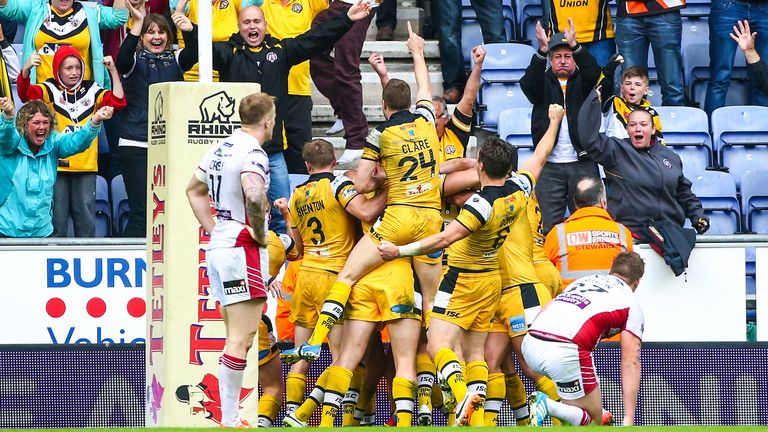 The run was absolutely phenomenal and from a personal one, scoring at Wigan in the quarter-final - I don't score many either, so that made it more special.

"The run was absolutely phenomenal and from a personal one, scoring at Wigan in the quarter-final - I don't score many either, so that made it more special.

"Then getting to Wembley and just taking Castleford as a club, those fans deserved it and it was absolutely brilliant.

"If I can do anything to help Widnes get there at any stage, it's something any player would want to experience."

Widnes' days of being regular visitors to Wembley for the Challenge Cup final are but a distant memory for many of the club's supporters, although the seven-time winners were back there two years ago for the inaugural 1895 Cup final when they lost to Sheffield Eagles.

That came in a year which had seen the Vikings avoid the threat of liquidation and there is now a feeling of renewed optimism around the club, with a team overseen by former player Simon Finnigan featuring a good mix of experienced players and promising youngsters.

Jewitt is always on hand to share his knowledge with the younger members of the squad, with the biggest pieces of advice from him being to make sure they have career plans in place off the field to give them stability, and ensuring they hold themselves accountable for their actions and efforts on it.

Adopting the right mindset will be crucial for the part-timers when they take to the field against their Super League opponents too and Jewitt believes if they have that, there is no reason Widnes cannot compete with a Salford side looking for their first win under Richard Marshall.

"There is going to be talk of Championship teams against Super League teams, but in the Challenge Cup a lot of things happen," Jewitt said. 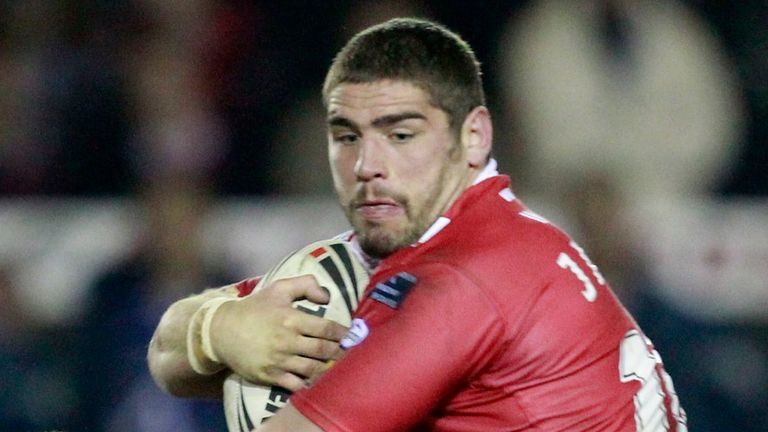 They might be full-time, but so what? You've got to go out there, perform and play your game. There is no pressure on us, and hopefully we can thrive on that and flourish.

"They're the Super League team and they're probably supposed to go into the next round but, actually, that adds a lot of pressure and there is none for us. We can go out there and enjoy it, but we will be going out there to win.

"It comes down to mentality, I really do think. You can be beaten before you've even walked onto the field from a mindset point of view and, for Widnes, it's about us understanding they're still human beings.

"They might be full-time, but so what? You've got to go out there, perform and play your game. There is no pressure on us, and hopefully we can thrive on that and flourish."