"The positive is that defensively we looked pretty good most of the night. We shot ourselves in the foot multiple times with penalties and dumb, crazy errors."

Leeds coach Richard Agar praised his players' desire after they completed the double over Wakefield with a 15-13 golden point victory.

A drop goal from Trinity scrum-half Mason Lino two minutes from the end of normal time locked the scores at 13-13 and Leeds second rower Rhyse Martin won it with a penalty in the first period of extra time.

Agar, who was without 12 players through injury or suspension, felt a sense of relief as his team ended a run of five defeats without being anywhere near their best.

"I thought it had elements of craziness to it," he said. "There were way, way too many errors and brain explosions. 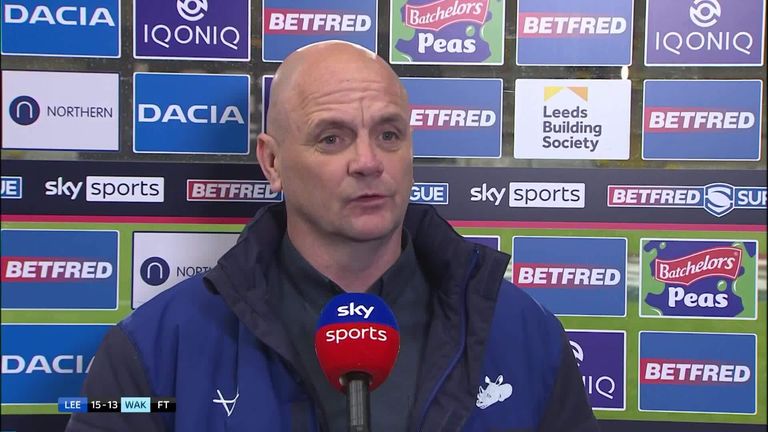 "Every time we felt we had an opportunity to pull away from them we did something ridiculous.

"The positive is that defensively we looked pretty good most of the night. We shot ourselves in the foot multiple times with penalties and dumb, crazy errors.

"But I always felt we had a strong desire to win the game.

"We've still got a fair few kids out there and I thought Morgan Gannon, for a 17-year-old kid in his third game in first grade was a shining light for us. And Jarrod's (O'Connor) second stint was much better."

The crucial moment came in the third minute of extra time when Wakefield forward Jay Pitts was pulled up for a ball steal and Martin stepped up to kick the match-winning penalty.

Agar said: "I think it was a penalty - he's tackled him when he's on the floor - but it's debatable what that rule brings to the sport, it's really messy.

"I think we were in a good position to land a drop goal in any case."

Trinity coach Chris Chester, who is still looking for his first win of the season, said of the penalty decision: "I thought it was tough.

"We've had a lot of messages saying it was the wrong call but I need to listen to the audio, I don't know whether he was held." 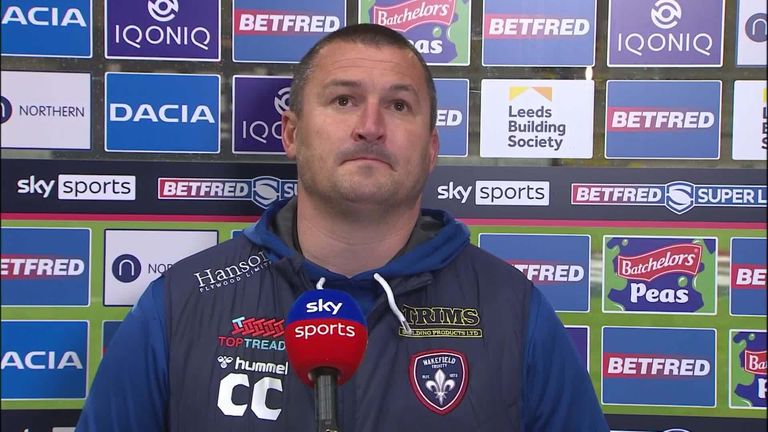 Wakefield were also under strength and lost hooker Jordy Crowther to a foot injury after 10 minutes and prop Dave Fifita before half-time with a cracked rib.

Chester added: "I'm proud of their efforts. I've told them to hold their heads high.

"We are lacking some key personnel and a bit of quality but these blokes are trying their hardest. They're running their blood to water and I think our luck will hopefully change shortly.

"Our defence was fantastic but we just did too much of it."