St Helens will have both first-choice wingers Tommy Makinson and Regan Grace back for Saturday's Challenge Cup semi-final against Hull at Leigh Sports Village.

England international Makinson, who scored two tries and five goals in Saints' 26-18 opening-round win over holders Leeds, has been dogged by a foot injury for the last six weeks while Welsh flier Grace sat out last Friday's Super League win over Hull with concussion.

Coach Kristian Woolf played centre Kevin Naiqama and utility back Jack Welsby on the wing in their absence but says both are now ready to return and is confident centre Mark Percival and prop Agnatius Paasi will also both be fit after leaving the field midway through the second half against Hull with hamstring injuries.

"Tom and Regan are both 100 per cent available so we're looking to bring them back in somewhere," Woolf said this week.

"At this stage, both Agnatius and Mark Percival are certainly tracking well and I'd say at this stage they'll get through.

"There's a bit to do but the signs are positive."

Welsby, who scored Saints' last-second try to win the Grand Final in November, has played in all 10 league and cup matches so far and Woolf has confirmed he will maintain his ever-present record.

"Wherever we put Jack he finds a way to make it work and play really well.

"We'll figure something out."

Woolf says he is reading little into his side's 34-16 victory over the Black and Whites last Friday, pointing to Hull's ability to reverse a league defeat by Wigan by knocking their opponents out of the cup in the last round.

"We start again," he said. "It's a new game and it's a new competition. Last week is not going to mean much when we kick off on Saturday.

"We're expecting a really tough game, there's going to be a lot more on the line for both teams. 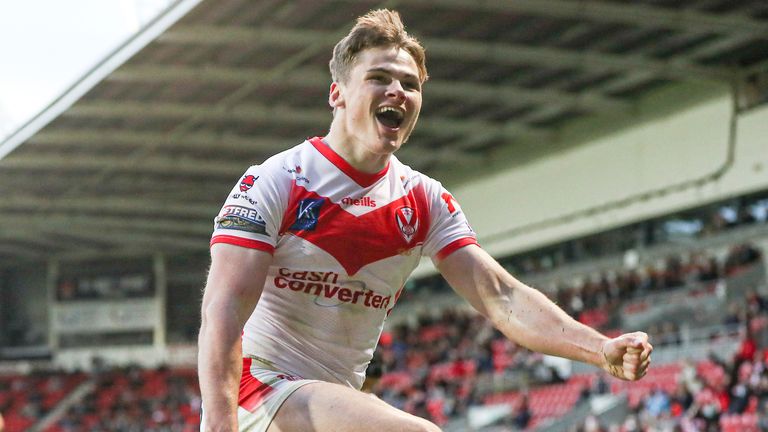 "I expect Hull will want to throw themselves into this competition but also to make amends for last week. I read a few comments after the game and there is going to be different intent from Hull, no doubt about that.

"They lost to Wigan in a Super League game and beat them in the Challenge Cup, so they will be talking about doing the same thing again."

St Helens, who last won the cup in 2008, have lost just once so far this season but Woolf says there is still more to come from them.