Oliver Holmes has made over 200 appearances for the Tigers since making his debut in 2010; the 28-year-old said: "All my life has been based around Cas so to say that the club means a lot to me is a bit of an understatement"

Castleford's long-serving forward Oliver Holmes has confirmed he will leave his hometown club at the end of the season.

The 28-year-old back rower, who has made over 200 appearances for the Tigers since making his debut in 2010, has rejected the offer of a new contract and is being tipped to follow coach Daryl Powell to Warrington for 2022.

Castleford have announced that centre Peter Mata'utia will also be leaving the club at the end of the year after declining a new offer.

Holmes, who hopes to bow out with a Challenge Cup winners' medal, said: "Castleford Tigers has been my entire adult life. It is all I have ever known since I left school and came through the academy.

"All my life has been based around Cas so to say that the club means a lot to me is a bit of an understatement. 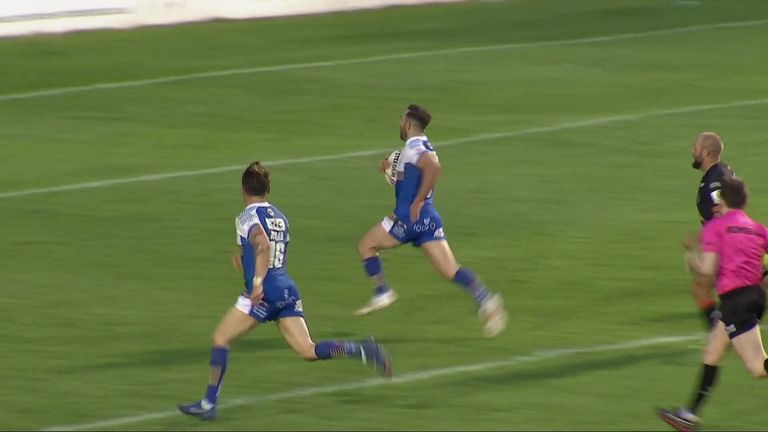 Highlights of the Betfred Super League clash between Castleford and Leeds

"I've spent 11 years in the first team, putting my heart and soul into the club every time I go on the field.

"I am fully committed for the rest of this year and I want to leave the club with it in a better place than when I entered and hopefully with some silverware."

Powell said: "I don't think you will see anyone who loves Castleford Tigers any more than Oliver Holmes.

"He was in tears talking about what it would mean to him to do something special with this year and it was exactly the same when he was on the field after the semi-final.

"He is a 100 per cent man and has been class for Castleford during his time. You will always get 100 per cent from him no matter what."