The now-retired former Leeds captain has been battling persistent post-concussion symptoms after suffering two head injuries early in 2020. Watch 'Stevie Ward - Living With Concussion' on Sky Sports Main Event and Mix at 5.30pm on Wednesday, or On Demand from 7am 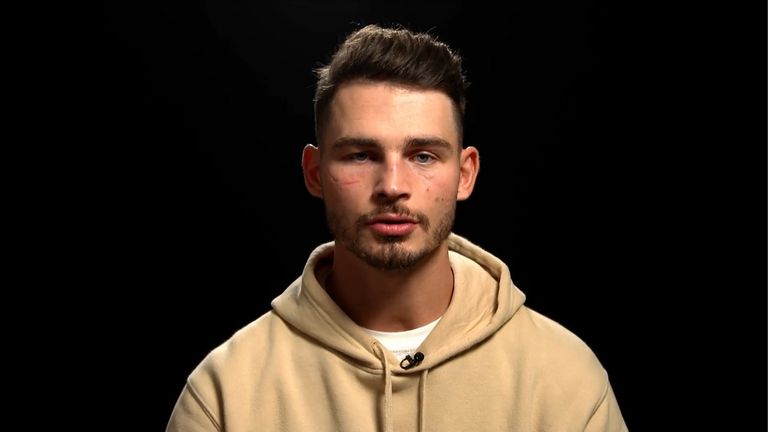 In early February 2020, Stevie Ward seemingly had the world of rugby league at his feet.

Aged 26 and approaching what should have been the peak years of his career, he was already a three-time Super League champion and two-time Challenge Cup winner, on the verge of England recognition and captain of boyhood club Leeds Rhinos.

But little could the second row forward have imagined, when he led the Rhinos out for the first game of the 2020 Super League season at home to Hull FC on February 2, it would be the last time he set foot on a rugby league pitch.

"I took a big bang to the head in the first half and came off with concussion," Ward recalled. "The weeks and months that followed that game were the hardest in my life." 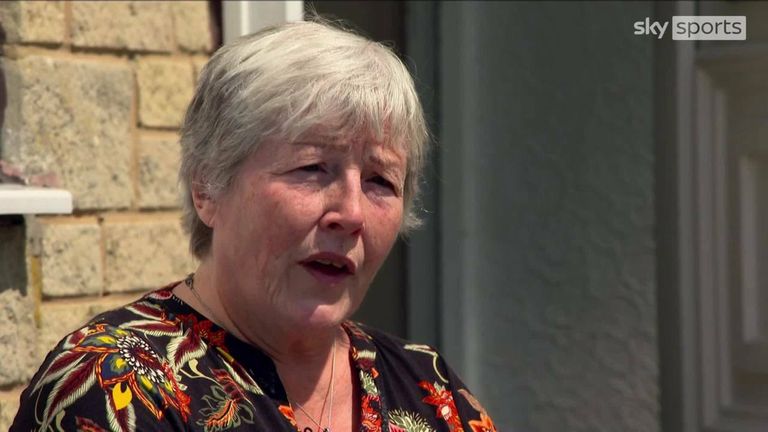 It was the second concussion Ward had suffered in two weeks, having been forced off with a head injury in a pre-season match too. The injuries would ultimately lead to him deciding to announce his retirement from the sport he had dedicated his life to in January of this year.

Concussion has proven life-changing for Ward beyond simply giving up his playing career. Even now, 20 months on, he suffers with debilitating physical symptoms such as migraines, dizziness, nausea, and sensitivity to light and noise.

Those ongoing struggles are among those explored in the documentary Stevie Ward - Living With Concussion - which will be broadcast on Sky Sports Main Event and Mix at 5.30pm on Wednesday, and available via Sky On Demand from 7am - as well as the mental health issues he has had to face. 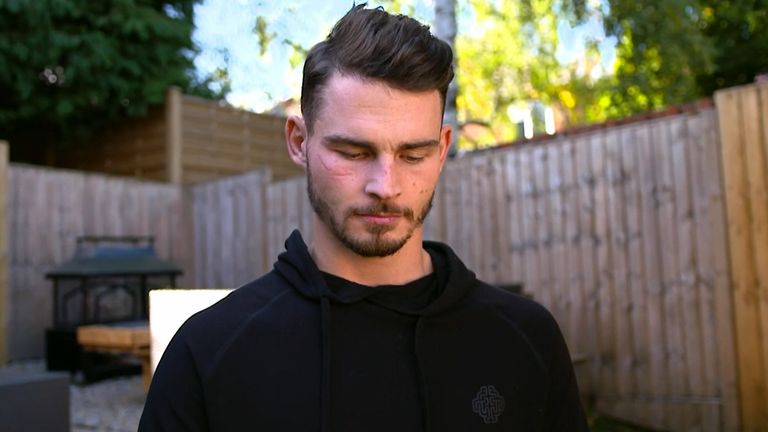 Indeed, as the Covid-19 pandemic was wreaking havoc across the world last March and throwing up challenges for everyone, the former England Academy international was struggling with depression, anxiety and suicidal thoughts as a result of his injury too.

It is not just Ward who has been affected by this. His parents, Colin and Anne, who were on holiday at the time he suffered what proved to be a career-ending injury, noticed the changes in their son.

You don’t see the world the way things are

You see the world the way you are

The post-concussion symptoms Ward suffers have completely changed the dynamic of his relationship with his partner Natalie too, who explained how helpless they both felt.

"In the early stages, Stevie's emotional state was really unstable and at the time we didn't realise that was a common symptom for concussion and brain injury," Natalie said.

"A lot of things were happening; his memory was getting worse, his capability to make decisions, his mood was so low, and he was disinterested in everything in life. 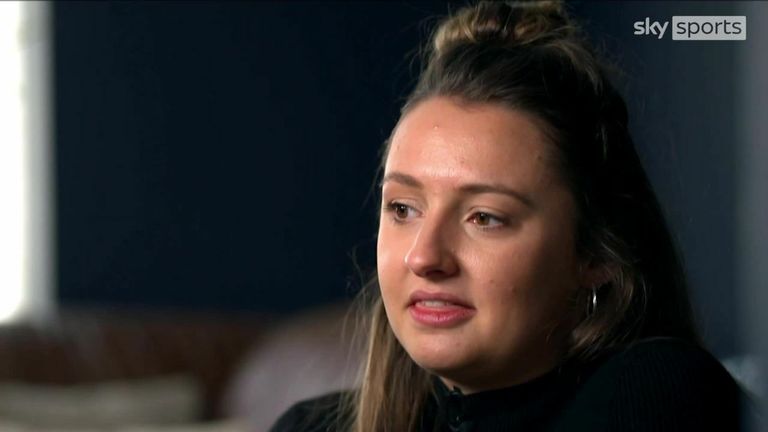 "We were being bombarded with these symptoms and we didn't know what to do."

Ward has since been undergoing self-funded treatment with specialists in Harrogate and London, and that treatment and the exercises he does have helped alleviate the symptoms to some extent.

Focusing on his mental health and wellbeing project Mantality, which he started when he was ruled out with an ACL injury in 2016, has helped combat those symptoms too, but there are still issues from what, to many people, can seem like an invisible injury. 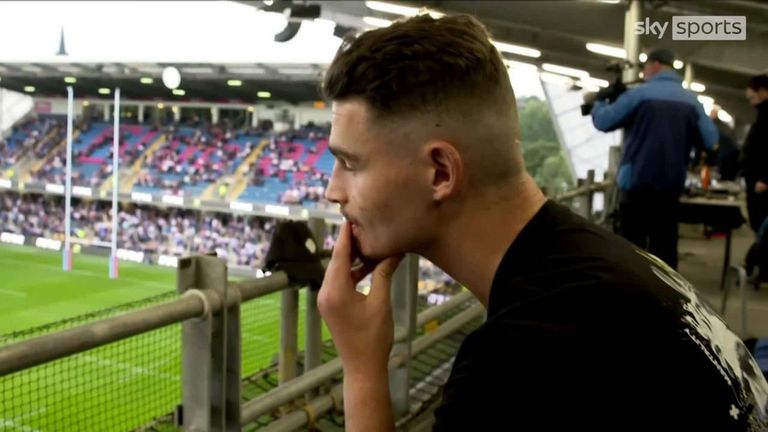 "I think a lot of people struggle to get their head around it," Ward said. "I think people think 'he looks all right'.

"I'm fighting a battle; my version of a battle is not playing any more or throwing myself into tackles or doing 50 tackles again. It's going out trying to build Mantality, and help people who are struggling. I feel like I want to do that and smash it, but I'm even held back doing that.

"But, in reality, I've had to surrender to where I'm at. I've had to stop and allow myself to be happy despite what's happening in my brain." 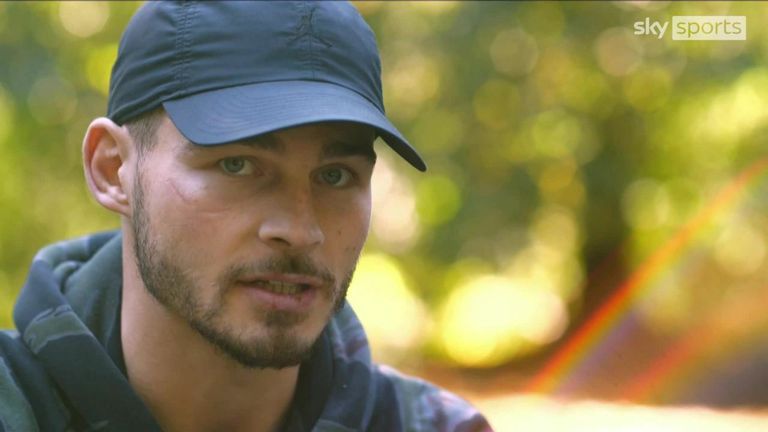 The extent to which Ward continues to suffer with symptoms was underlined when he returned to Headingley in August to watch Leeds face Huddersfield Giants.

It was his first game as a spectator since suffering the injury, but he had to leave during the first half due to symptoms flaring up.

Despite what happened, he remains passionate about rugby league and holds no malice towards the sport, instead wanting to ensure that reforms are made to ensure no other players have to go through what he has. 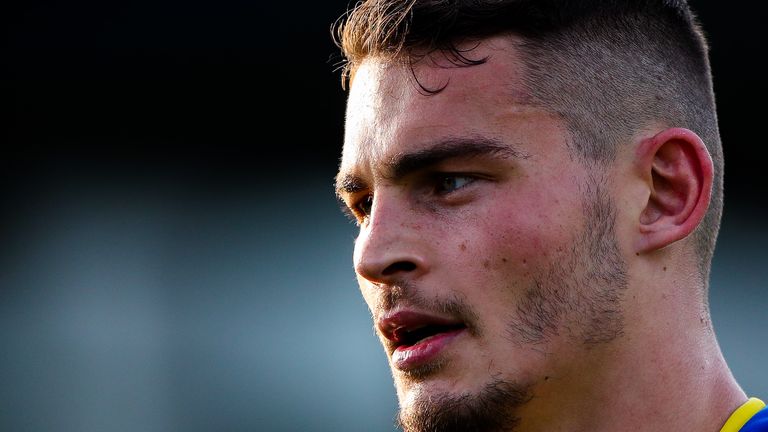 We need to find a balance where we can still have the best bits of rugby league but not having a place where people are suffering with their long-term health.

"I speak to players who are playing now who suffer and they don't talk about it because they're constantly caught in a cycle of proving their toughness and masculinity," Ward said.

"Going through it initially I felt so alone...but I know players are struggling with it. It's how we address the problem now. We need to lower contact.

"We know drinking and smoking are bad for us so we don't do it all the time, so we need to find a balance where we can still have the best bits of rugby league but not having a place where people are suffering with their long-term health."

RFL: Safety and welfare of all players taken 'extremely seriously'

Rugby league's governing body in the UK, the RFL, issued the following statement in response to the experiences laid bare by Ward in the documentary.

"The RFL has been very saddened to hear about Stevie's difficulties," the statement read.

"The RFL has always taken and continues to take the safety and welfare of all players extremely seriously. Rugby League is a contact sport and there is an element of risk to playing any sport.

"As a result of the continuing developments in scientific and medical knowledge relating to those risks, the sport of Rugby League continues to improve and develop its approach to concussion, head injury assessment, education, management and prevention across the whole game.

"We will continue to use medical evidence and research to reinforce, improve and enhance our approach as we have always done."

Sky offers support for our viewers on a broad range of topics, including feelings of distress and despair. Find out more here.