The players are moving initially on loan for the rest of the 2022 season with Jake Wardle in line to make his Wolves debut against Salford next Sunday; Toby King will not be involved for the Giants this Sunday; Josh Charnley joins Leigh Centurions

The players are moving initially on loan for the rest of the 2022 season and the Wolves say Wardle, who scored a try on his first appearance for England against the Combined Nations All Stars at Warrington a week ago, could make his debut against Salford next Sunday.

Wardle, 23, who is contracted to the Giants for next season, was left out of Huddersfield coach Ian Watson's team for the Challenge Cup final in May but has featured in the Giants' last two matches on the wing. King, 25, is also in England coach Shaun Wane's elite training squad for the World Cup and is contracted to the Wolves until the end of 2025, but he was dropped by coach Daryl Powell for Friday night's home game against Hull after saying his form has "been below his best for a few weeks now".

Powell said: "The Toby King and Jake Wardle swap deal was one that came up pretty quickly.

"We are looking to build a really exciting outside-back division, with youth and pace as a central point of that. Jake fits that bill perfectly, alongside the quality outside backs coming through at the club already."

Wardle, who came through the Giants' academy, has scored 22 tries in 62 Super League appearances for the club.

King, who was born in Huddersfield and joined Warrington's academy from local amateur club Meltham, has scored 52 tries in 138 Wire outings.

The move has come too soon for him to be involved in the Giants' game at Hull KR on Sunday.

Huddersfield managing director Richard Thewlis said: "The deal came about very quickly yesterday and upon reflection is one that suits all parties at this stage of the season and one that both players wanted.

"We have two young men vying to catch the eye of Shaun Wane to play in the World Cup and want to be playing each and every week to give themselves the best opportunity to do so. 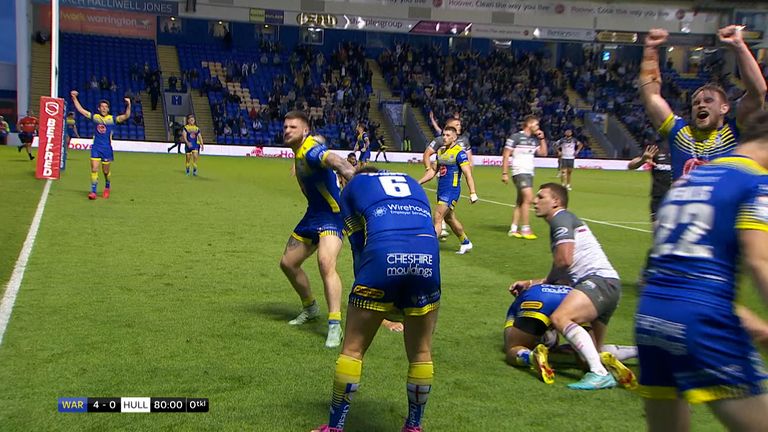 "Jake has only made six appearances to date this year for us and his management informed us that a fresh start was of interest to him to 'reboot', so to speak, his season and a similar scenario could be applied to Toby, who is keen to take up the challenge here for the remainder of the year.

"All parties involved in this arrangement have said we'll assess the longer-term situation after both players have had some time in their new environments as the deal only runs for this year."

Leigh Centurions have signed England international winger Josh Charnley on loan from Warrington Wolves until the end of the season, with a further two-year deal signed after the current campaign has finished.

The 31-year-old, who has nine England caps, has scored 255 tries in 301 games during his career which started with Wigan Warriors.

Charnley, who also had a spell in rugby union with Sale Sharks, told Leigh's official website: "I'm really excited at this opportunity to play for Leigh, become part of the team and contribute towards helping them get up to Super League where they belong.

"I've been watching them the past few weeks and the team seems like they're in a good place.

"I'll be looking to help out in any way possible, if that means helping to mentor the younger boys in the squad then yes I can't wait."

Head coach Adrian Lam added: "It is really exciting news for the club, the squad and me as coach.

"He brings us lot of experience, as he is one of the leading try-scorers of all time in Super League and coming into our group now is good timing for us all. It keeps people on their toes.

"Josh understands what his role will be here going forward. He will not just be shoved in at the deep end. He will need a couple of weeks training with us to earn his spot through that process."