By Tony Tighe and Keith Moore

Wendell Sailor's criticism of Sam Burgess, the return of Jonny Lomax and Salford's Justin Carney feature in this week's Set of Six...

What a difference a week makes. After being labelled embarrassing by their head coach following the shock Challenge Cup exit to Oldham, Hull KR delivered an emphatic response as they crushed Castleford.

The Robins crossed for 11 tries at the Mend-A-Hose Jungle, Thomas Minns scoring a hat-trick and Albert Kelly starring on his long-awaited return from injury.

It was only Hull KR's third Super League win of the season and Webster has challenged his side to become a more consistent force as they look to avoid dropping into the Qualifiers for the second successive year.

"It's been a tough week mentally and physically," acknowledged Webster.

"A lot of things were said and we spoke during the week, that it's easy to say stuff to make you feel better but it is another thing going out doing it against a good team away from home.

"We knew the proof would be in the pudding but we were good enough for long enough to get the job done. I am proud of the players.

"But while it was fantastic what we turned out today, it's frustrating we can't do it every week. That's our challenge now."

While rugby union continues to expand at international level, rugby league is showing no signs of improvement.

And they do themselves no favours, particularly with the 'Election Period' where players can switch allegiances after two years.

Australia name their squad for the upcoming ANZAC Test against New Zealand on Tuesday and are expected to include Fijian winger Semi Radradra.

Parramatta wing Radradra represented his country at the 2013 World Cup, scoring a try against England, but qualifies for the Kangaroos on residency grounds.

It's a situation that rankles with a number of players, including James Graham. 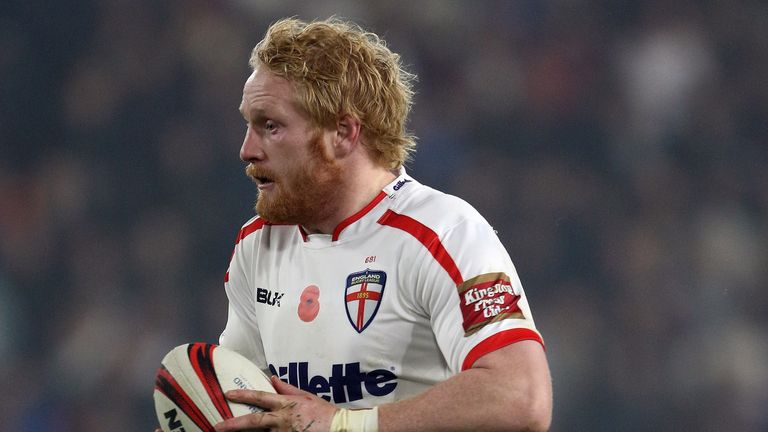 I just worry about the game internationally and where we're going. We need to grow, we need to get behind it.

Speaking to Sydney radio station Triple M, the England prop said: "The way rugby union's going, they're just growing on the international scene. You look at the competitions in Japan, Argentina and Italy and how strong they're getting.

"I just worry about the game internationally and where we're going. We need to grow, we need to get behind it.

"At the minute there's three teams that are playing internationally that are going to be competitive.

"At the minute Samoa, Tonga, Fiji, people choosing to play for New Zealand and Australia first and then that.

"I think we need to get to a position where the international game is really strong and people want to represent where they're from."

Back with a bang

The popular 25-year-old full-back, who has undergone two knee reconstructions in the last two years, marked his first Super League appearance for more than 12 months with a brace of tries at Langtree Park.

"It was quite an emotional night for me with Jonny and Percy [Mark Percival] and those boys coming back, especially Jonny," said Cunningham.

"I've been there with Jonny for a long period of time and we have a really close affiliation. Just to hear the Saints fans in full roar when Jonny goes over for that try, it brings a tear to your eye.

"It meant a lot to me and to the fans to see the kid in a Saints shirt again, seeing what it means to Jonny to get through it fine is immense.

"He's not played for 15 months and he just kept going. We did roll him in a few different positions to try and freshen him up but all credit to Jonny, he did a great job and had an influence on the game from the start to the finish."

We mentioned Sam Burgess and the Rabbitohs' poor start to the season last week, and the England international was back in the headlines for the wrong reasons following Friday's loss in Brisbane.

Burgess sparked a fracas when he flopped on Joe Ofahengaue after the Bronco had dived onto a loose ball and surrendered in the tackle.

A penalty was awarded to Brisbane and Wendell Sailor, another dual code international, was critical of the Englishman.

"It's called sandbagging or flopping," he said. "It is an infringement for a defender to drop, dive or fall on a player in possession of the ball who was prone or stationary on the ground and not attempting to play on.

"A simple hand on completes the tackle."

However, Burgess' coach Michael Maguire did not believe the incident was even worthy of a penalty.

"Is it rugby league? There'd be a lot of old-time players looking at that thinking, Where is the game going?" he said. "We have a tough game and when you fall down on a player, it was a surrender, he just fell down on top of him.

"Then all of a sudden you have people running in and there's a penalty. I'm not quite sure how they come up with that one."

South Sydney suffered their second heavy loss in as many weeks in Queensland, going down 30-8 to last year's Grand Finalists.

It was not a good week for defence as we were treated to 71 tries in round 12 of Super League.

The 14 scored between Hull KR and Castleford on Sunday topped the charts in an attacking week of rugby league, while the seven tries from the opening match of the weekend - Huddersfield's 26-19 loss to Wigan - was the fewest tries in a game.

It was a tough week for Phil Clarke to pick his top five tries of the week!

In a week in which Salford are set to defend their salary cap, the club announced on Monday that they have secured the services of Justin Carney on a three-year deal.

The 27-year-old is currently on a season-long loan from Castleford but will now stay with the Red Devils after Salford agreed a deal with the Tigers.

"I feel right at home at Salford," Carney said. "Marwan was there from day dot for me and there are a lot of people like [Michael] Dobson, [Weller] Hauraki and [Junior] Sa'u I have played with previously and I work well with. 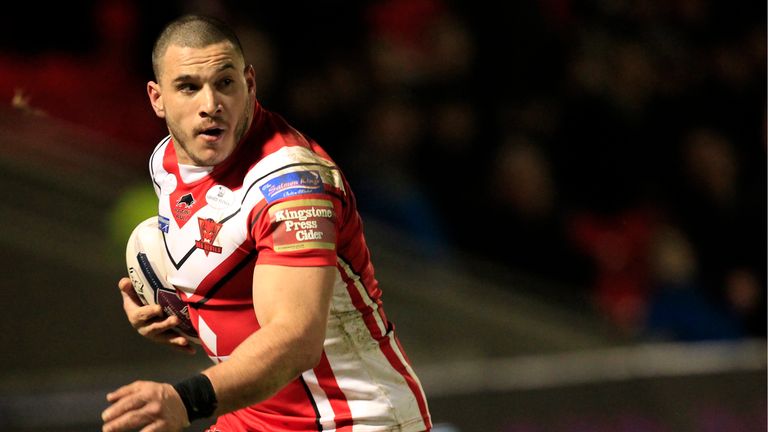 "There are a lot of good people here so why would I leave?"

Justin Carney on signing with Salford

"There are a lot of good people here so why would I leave?"

Castleford confirmed the deal but declined to say much else. "Castleford Tigers can confirm that Justin Carney's request to be released from his contract has been accepted," a statement read.

"The release will happen on June 1 and Carney will remain on loan at Salford Red Devils until then.

"Castleford Tigers will make no further comment on this matter."