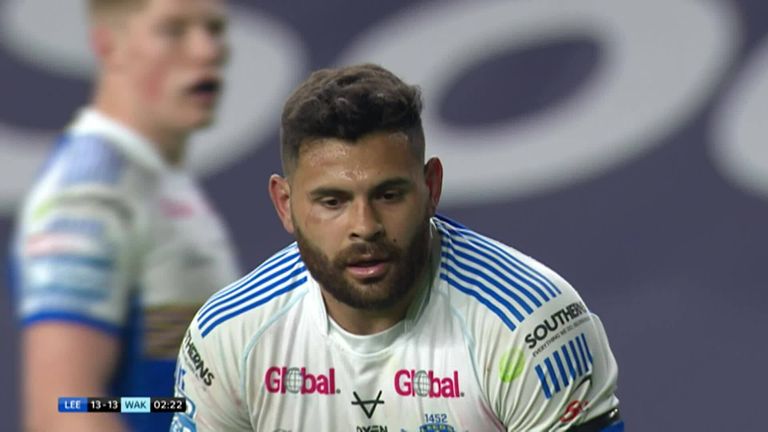 Depleted Leeds completed the double over Wakefield with a golden-point 15-13 victory to halt their five-match losing run in the final Super League match to be played behind closed doors.

A drop goal from Trinity scrum-half Mason Lino two minutes from the end of normal time locked the scores at 13-13 to force extra-time and Leeds second rower Rhyse Martin won it with a penalty.

The Rhinos, who were without 12 players through injury or suspension, will feel a sense of justice after losing by a point in their previous match at Huddersfield.

But the result leaves embattled Trinity coach Chris Chester, who raised question marks over his future on the eve of the game, still looking for his first win of the season.

Leeds, who were boosted by the return of skipper Luke Gale after a four-match absence with a broken thumb, dominated the early stages with the overwhelming share of possession but lacked the creativity to make it count.

Second rower Alex Mellor was held up over the line and hooker Brad Dwyer carved out a half-chance with a break, but Wakefield generally looked at ease in defence and, after soaking up the pressure, they struck their hosts with two tries in five minutes.

Right winger Liam Kay opened the scoring on 18 minutes after Trinity had created an overlap and Lino added another after Leeds winger Ash Handley made a hash of dealing with Reece Lyne's grubber kick 10 metres out from the line.

Lino was unable to add either conversion so Wakefield's lead was restricted to 8-0 and the Rhinos cut the deficit on 34 minutes when Martin took the ball as first receiver and forced his way over from close range for a try which he converted.

The only other score of a scrappy first half was a penalty four minutes before the break by Lino after Leeds prop Matt Prior was punished for a ball steal and that made the interval score 10-4.

Wakefield led 16-4 in the opening game before going down 28-22 and there was a sense of deja vu as Leeds began to get on top in the early stages of the second half, helped by the extra creativity of replacement hooker Kruise Leeming.

Centre Konrad Hurrell was held up over the line and full-back Jack Broadbent had a try disallowed for obstruction as Wakefield clung to their tenuous lead.

The pressure finally told on 54 minutes when a determined run from loose forward Jarrod O'Connor opened up the Trinity defence and Hurrell stormed on to Liam Sutcliffe's pass to score his first try of the season. 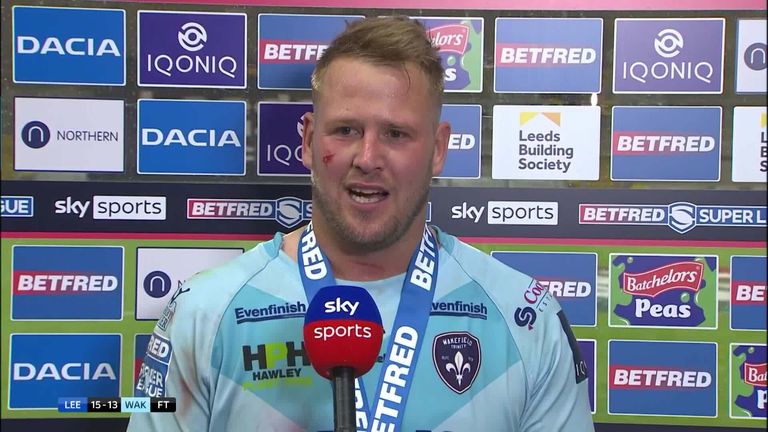 Martin's successful conversion from out wide put the home side in front for the first time and Leeds looked to have scored again when right winger Luke Briscoe produced an acrobatic dive at the corner only for slow-motion replays to reveal he lost control of the ball over the line.

A dull game then suddenly burst into life in the final quarter with lively Wakefield hooker Josh Eaves held up over the line before a dangerous tackle by Briscoe provided Lino with the opportunity to level the scores with a penalty.

It was finally settled three minutes into extra time by Martin after Wakefield second rower Jay Pitts was penalised for a ball steal on Leeds prop King Vuniyayawa.