Ash Handley's converted try and a penalty from Rhyse Martin proved enough to seal victory for the Rhinos over last season's Grand Final runners-up; The match at the DW Stadium had been scoreless at half-time

A second-half try from Ash Handley helped Leeds Rhinos into the Super League play-off semi-finals and brought the Adrian Lam era at Wigan Warriors to an end in an 8-0 defeat on Thursday night.

The first half of the elimination play-off clash at the DW Stadium was hard-fought and, at times, end-to-end, but there was nothing to separate the Warriors and the Rhinos at the break as neither were able to get on the scoreboard.

It was the first time in play-off history a game had been 0-0 at half-time, but the deadlock was finally broken in the 50th minute when Handley collected a tap-back from Richie Myler to race over for a converted try to put the visitors ahead. 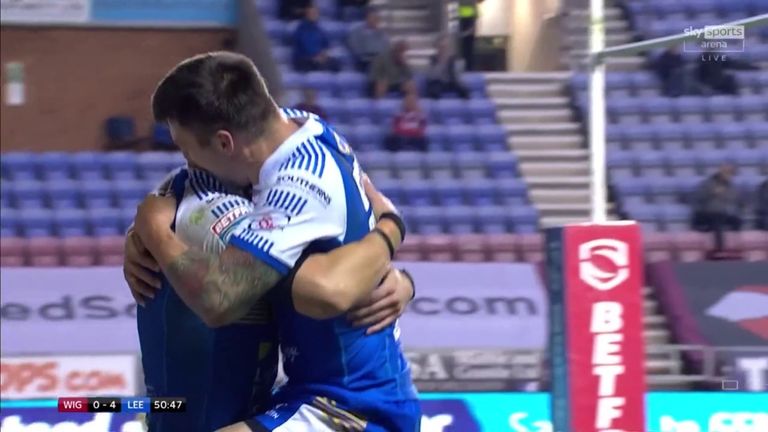 Rhyse Martin added a penalty to his conversion to put the seal on the win for the Rhinos, who now wait to find out whether they will travel to Catalans Dragons or St Helens in next week's semi-final.

Wigan's defeat brought Lam's three-season tenure as head coach to an abrupt end and took the Rhinos to within 80 minutes of an 11th Grand Final. The result also signalled the end of the Wigan careers of Oliver Gildart and Jackson Hastings as they prepare to head off to the NRL with Wests Tigers.

The Warriors were bolstered by the return of a host of players rested for last week's game against Catalans and, although they were full of energy, the lack of creativity that has been a problem all season came back to haunt them when it mattered the most.

The first half was packed with aggression but little flair, with neither side able to break down some tight defence, and the last-tackle kicking game was poor from both teams.

Wigan, who lost 14-0 to the Rhinos at the DW Stadium a month earlier, had conceded just four tries in their previous four matches and there was certainly nothing wrong with their defence.

A rare handling error by Myler early in the second half gifted the home side a perfect attacking position but they could not capitalise and the Leeds full-back quickly got the opportunity to make amends.

He got a hand to the ball from Kruise Leeming's high kick and palmed it back for Handley to break the stalemate on 49 minutes.

Papua New Guinea international Martin's angled conversion made it 6-0 and a knock-on by Wigan winger Liam Marshall on his own 20-metre line gave Leeds the ideal opportunity to clinch the win.

Leeming's drop-goal attempt went wide but, when Wigan prop Oliver Partington was pulled up for a ball steal on opposing front-rower Mickael Oledzki, Martin stepped up to kick the penalty that put his side two scores in front.

The Rhinos' superb game management allowed them to comfortably see the game out as Wigan's disappointing season finished on a tearful note in front of a crowd of just 7,396.

Leeds had loose forward Zane Tetevano back from suspension and Oledzki back from injury for this match and they could have more reinforcements back next week as they set their sights firmly on Old Trafford. 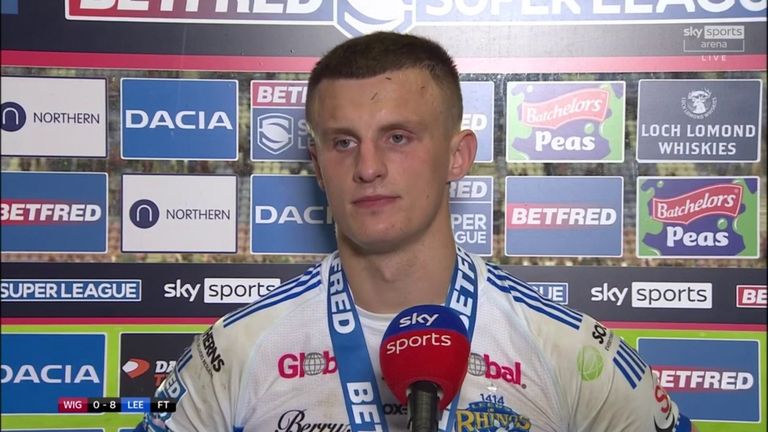 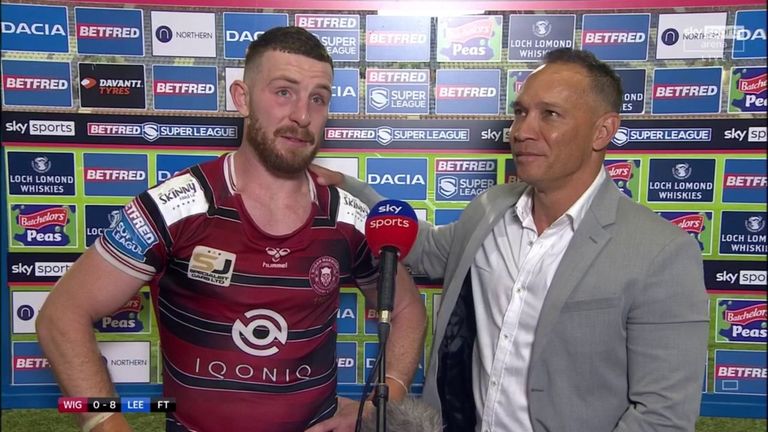 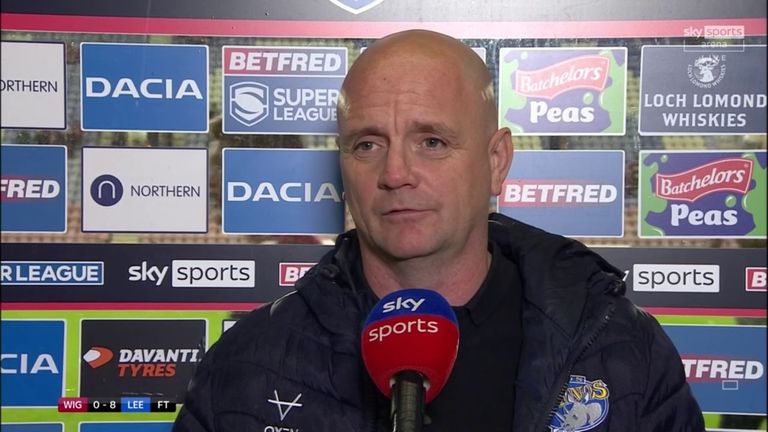